The whole gorge for miles lay beneath us and it was by far the most awfully grand and impressive scene that I have ever seen.* 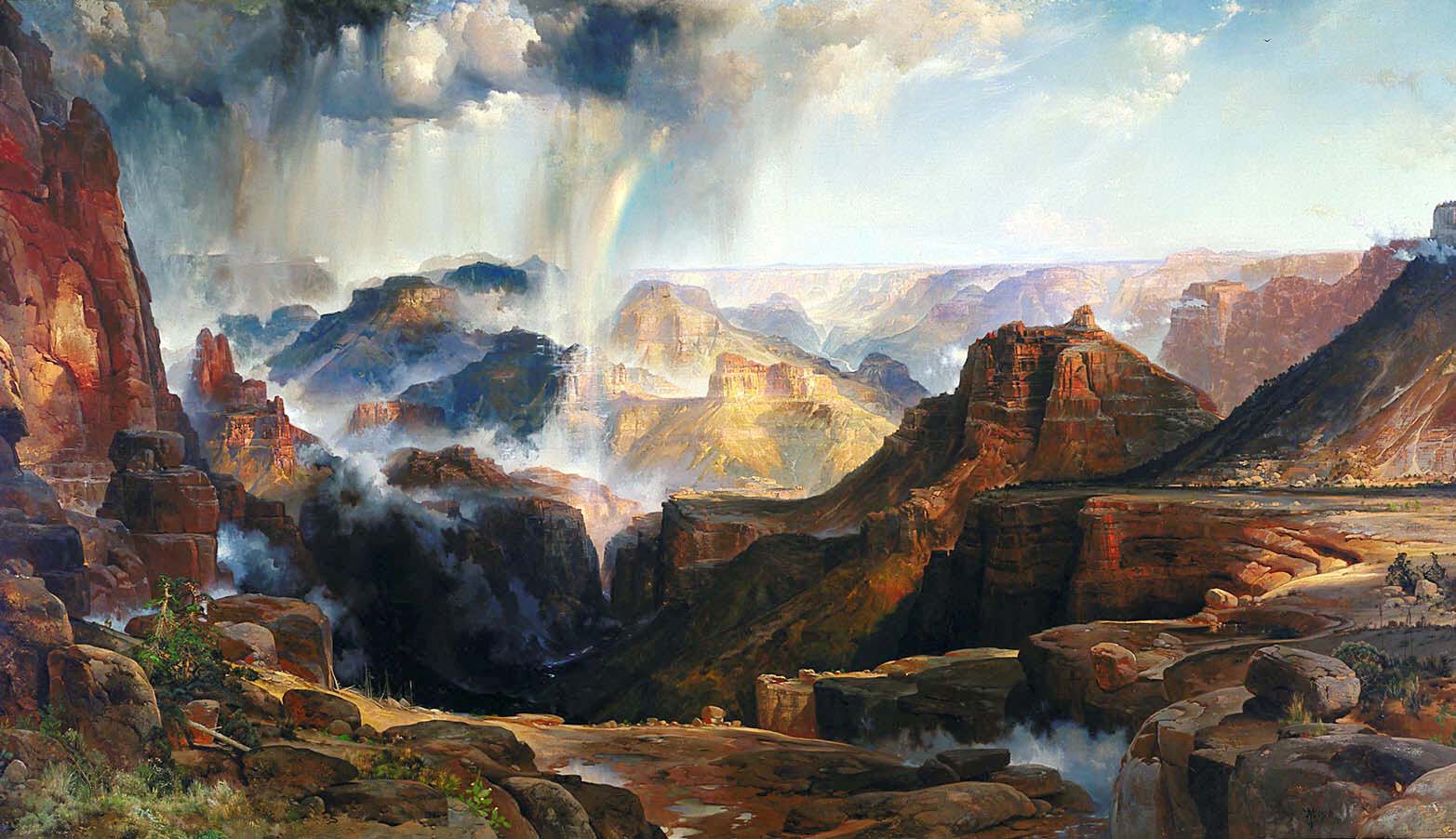 I’m reposting this blog from several years ago.

In the summer of 1873, Thomas Moran, an artist with Major John Wesley Powell’s government expedition, finally reached the rim of the Grand Canyon. In the quote above, Moran recalls the wonder of that moment, when he first experiences the spectacular view that continues to draw more than 4 million visitors each year.

Moran, identified as a “Rocky Mountain Painter,” is often credited with helping lay the foundation for the U.S. National Park System.  For his The Chasm of the Colorado, done soon after his return from the Grand Canyon, was one of the epic paintings that inspired Congress to pass federal legislation to preserve the country’s priceless natural resources.

*Quote of Thomas Moran (1837-1926) is from a letter to his wife found in PBS American Experience website, Lost in the Grand Canyon, no date.