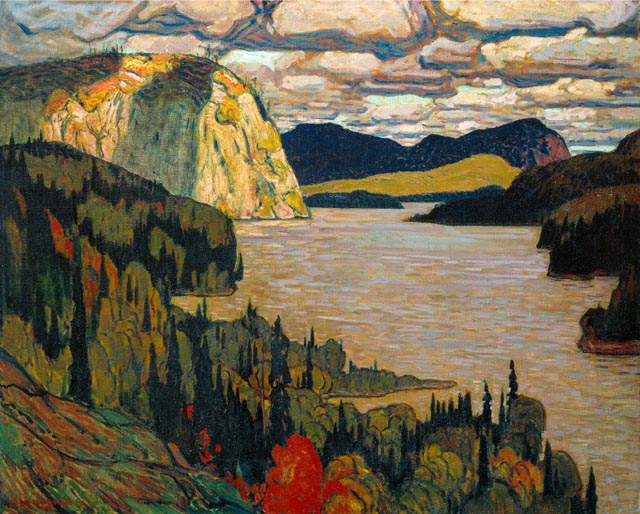 ….no Canadian landscape painter possessed a richer command of color and pigment than J.E.H. MacDonald….his brushwork is at once disciplined and vigorous.  His best on-the-spot sketches possess an intensity and freshness of execution not dissimilar to Van Gogh.*

Shortly after World War I, a circle of Canadian artists from the Toronto area united in creating a national art movement inspired by the beauty and grandeur of their country’s environment. They called themselves the Group of Seven and J.E.H. MacDonald (James Edward Hervey) was a leading figure and catalyst behind its formation.

The National Gallery of Canada, which acquired MacDonald’s The Solemn Land in 1921, was an early supporter of the Group of Seven and now owns one of the most extensive collections of their works.

*Quote about J.E.H. MacDonald (1873-1932) is from his biography in the McMichael Canadian Collection by Paul Duval, Kleinburg, Ontario, 1979.

Expand your horizons with Through an Artist’s Eyes: Learning to Live Creatively!