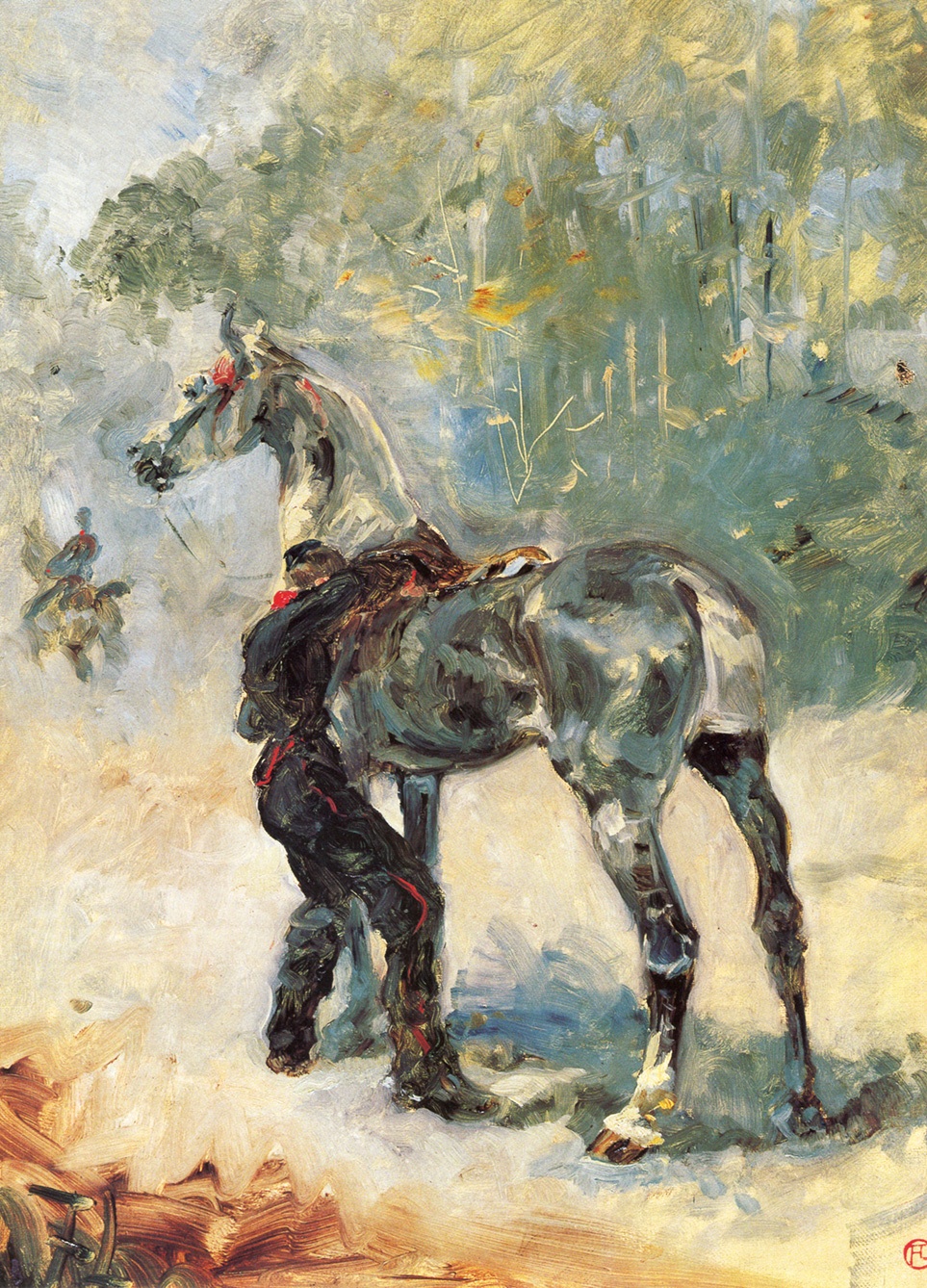 Largest collection of Toulouse-Lautrec works of art anywhere!  Over 1000 paintings, drawings, lithographs and other media from all periods of his career including the night life of the Moulin Rouge. Artilleryman Saddling His Horse above is just one of several examples of Lautrec’s paintings done when he was only a teenager.

Museum housed in the Palais de la Berbie, originally a medieval fortress and then later palace of the bishops of Albi.  Opened in 1922; based on major bequest of his parents, the Count and Comtesse Toulouse-Lautrec, donated after their son’s death.

Major renovations recently completed.  Other artists are also represented in the collection such as Degas and Bonnard as well as earlier masters.