This fifth and final installment of the Colorful Realm of Living Beings, that closed yesterday at the National Gallery of Art in Washington, D.C., features a subject quite different from the bird and flower silk scrolls of the previous blogs.  For Ito Jakuchu, the creator of this dazzling 30 work masterpiece, also captured the underwater world of both river and ocean fish including two octopi and a blow fish. 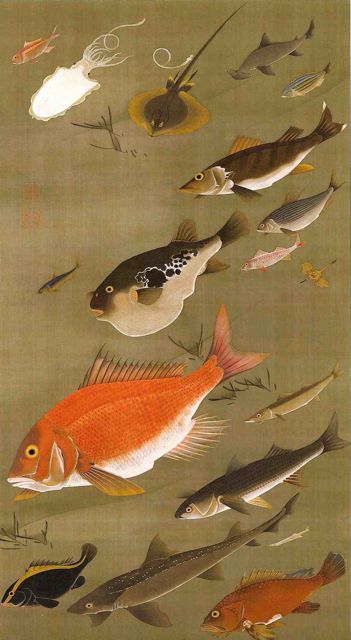 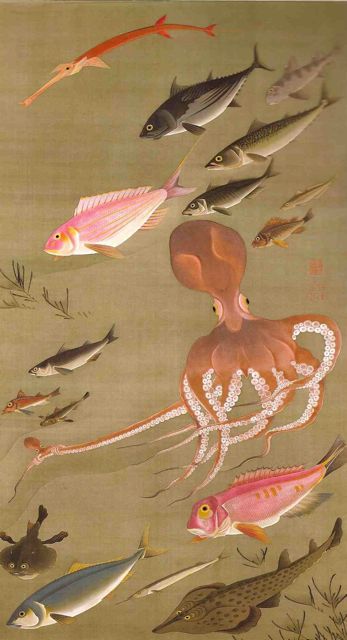 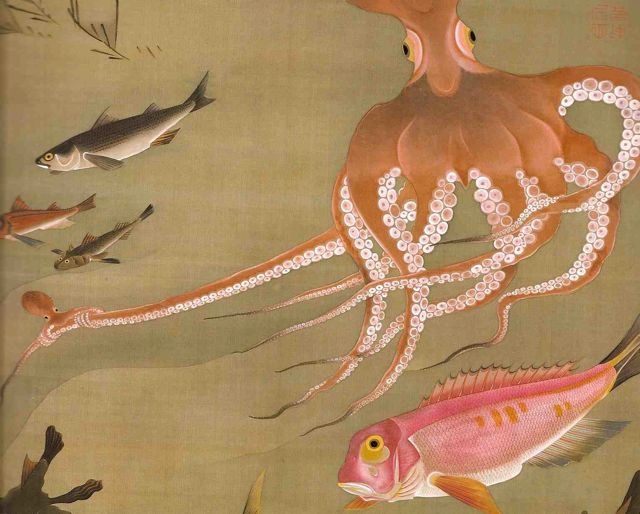