The country is glorious but its beauties are unknown, and but waiting for a real live artist to splash them onto canvas.* 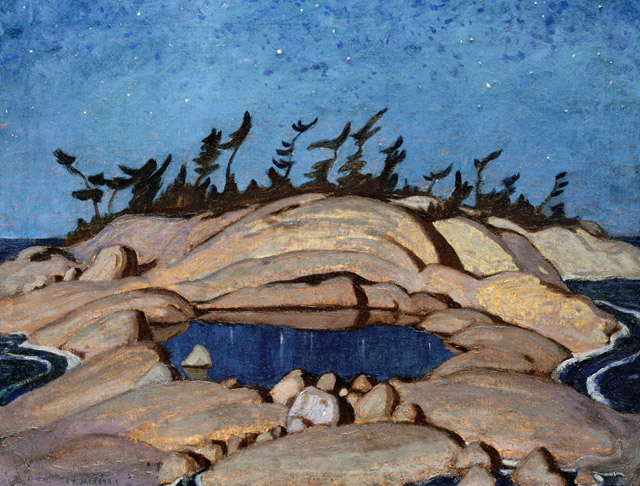 We’ll end our series on the National Gallery of Canada with Night Pine Island by A. Y. or Alexander Young Jackson, who also belonged to the Group of Seven (see: January 10, 2013 blog).  During his long life of some 92 years, Jackson dedicated himself to promoting a vision of Canadian landscape art, from Ontario to British Columbia to the Arctic region.

For more about A. Y. Jackson and the Group of Seven, google National Gallery of Canada.