In February,1860, the same year of George Healy’s portrait of Abraham Lincoln shown below, the future president presented a major speech at the Cooper Union in New York City.  However, according to an eyewitness in the audience that day, Lincoln’s appearance was initially disappointing because he was “tall, tall—oh, how tall! and so angular and awkward that I had, for an instant, a feeling of pity for so ungainly a man. His clothes were black and ill fitting, badly wrinkled—as if they had been jammed carelessly into a small trunk. His bushy head, with stiff black hair thrown back, was balanced on a long and lean head stalk…..”

Lincoln also started speaking in a “low tone of voice–as if he were used to speaking out-doors and was afraid of speaking too loud….and employed many words with an old-fashioned pronunciation.” Yet, soon, Lincoln was having a charismatic effect on his listeners for “he straightened up, made regular and graceful gestures; his face lighted with an inward fire; the whole man was transfigured……Presently, forgetting myself, I was on my feet with the rest, yelling like a wild Indian, cheering this wonderful man.”* 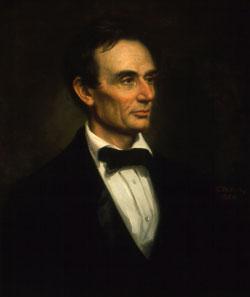 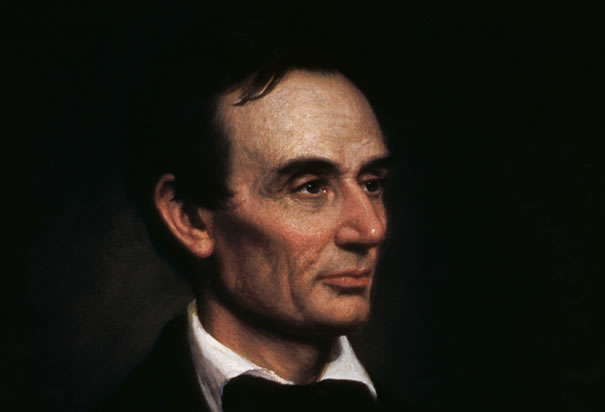 George Healy (1813-1894), was famous for his portraits of presidents and other prominent figures in both the United States and Europe.  Another portrayal of Lincoln by Healy currently hangs in the State Dining Room of the White House.

*Quote of eyewitness is from a 1888 biography of Lincoln by Noah Brooks.