It was Impressionist artist Berthe Morisot’s birthday yesterday and so let’s celebrate!

January is the birth month of quite a spectrum of artists. Cezanne, for example who is considered one of the giants of Western art came into this world on January 19, 1839.  However, I’d like to focus on two other January arrivals, Berthe Morisot (b. January 14, 1841) and Edouard Manet (b. January 23, 1832) who were colleagues, friends, and even lovers? 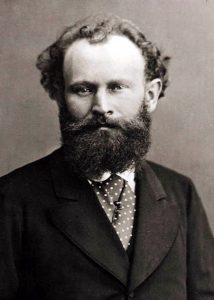 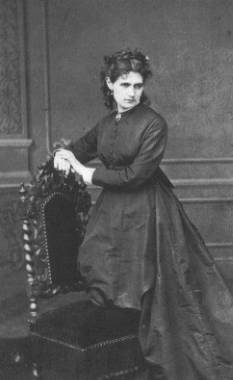 Other duos in art might be  more famous such as Georgia O’Keeffe and Alfred Stieglitz or Frida Kahlo and Diego Rivera.   We certainly know a great deal about these artistic couples through letters and books as well as a number of film productions.  They were married couples, too, legally joined and recognized as creative pairs.

The relationship between Morisot and Manet, though, continues to elude us.  We do have clues in the few remaining letters between Berthe and her older sister Edma for Manet was quite a topic of conversation between the siblings (Edma even admitted she had a crush on him).

Because the controversial leader of nineteenth century Parisian art was, for a time, Berthe’s mentor (though she was never officially a student).  She and her sister had started taking art lessons in their teens (their mother apparently thought it would be an entertaining hobby) under no less a master than Corot, whose works were on the leading edge of a revolution in art that would engulf several generations of French artists.

But Manet in spite of his gentlemanly background would be the true rebel, shocking both the art establishment and general public with paintings such as Luncheon on the Grass (1862) and Olympia (1863).

Manet had little interest in the historical and mythological subjects favored by the official art world of his day.  His inspiration was contemporary society, whether the alluring mistress of the demimonde such as Olympia (posed for by Victorine Meurent, then a favorite model) or proper ladies carefully chaperoned and destined for marriage.

Morisot belonged to the latter category, coming from an upstanding bourgeois family.  And Manet was a married man, definitely off limits to a young woman protected by the strict rules of her tight family circle and society overall.

Although Berthe was already 27 when Manet first decided to paint her in The Balcony, the first of several portrayals done from 1868 to 1874.

In this work of art, she is part of a trio in the foreground, along with musician Fanny Claus  and painter Antoine Guillemet.  Like many of Manet’s works of art, it has a oddness, even unsettling quality.  Is it the lack of interaction between the figures who seem both disengaged from each other and us?  The tiny dog, intended for a lap, almost lost in the folds of Morisot’s dress as it struggles to stand up?  Or the unusual green of the balcony that dominates the painting?  Hidden, too, in the darkness of the background  is the mysterious Leon, sometimes said to be the illegitimate son of the artist. 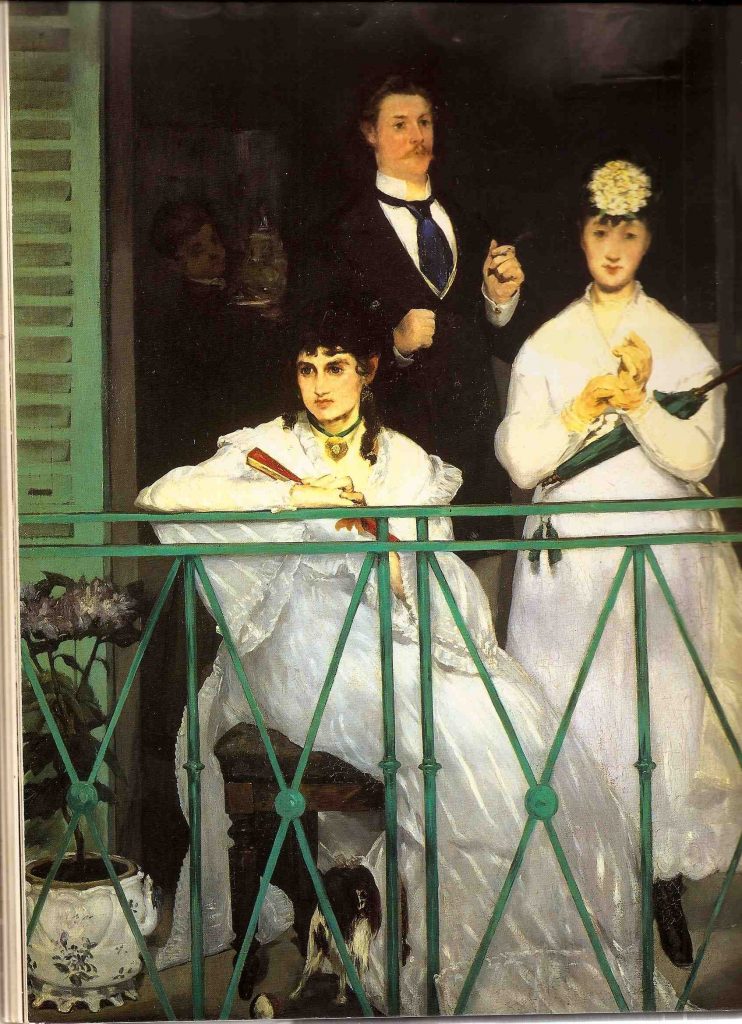 Yet, Morisot attracts us with her beauty and elegance, enhanced by the fullness of her gown.  In fact, she seems a romantic figure, rather dreamily looking off into the distance, holding onto a red fan.  Was Manet starting to fall in love?

Morisot, with critical eyes, judged herself as being “more strange than ugly.”  A closer look perhaps confirming her view, her lovely dark eyes almost dull and glazed, a common trait of many of Manet’s sitters.

Morisot would soon have a rival for Manet’s attention, Eva Gonzales, the artist’s only official student and the subject, much to Berthe’s dismay, of a new portrait by the artist. 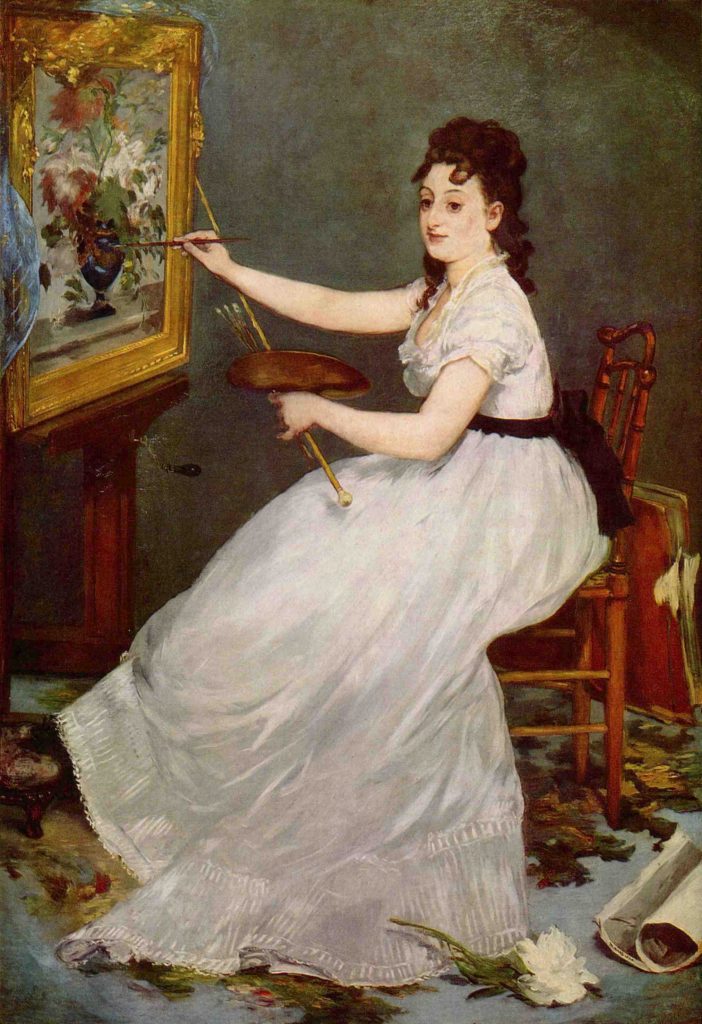 However, as Berthe observed (with evident jealousy), Manet grew frustrated with his project.

As of now, all of his admiration is concentrated on Mademoiselle Gonzales, but her portrait does not progress; he says that it is his fortieth sitting, and that her head is again effaced.  He is the first to laugh about it.

So Manet soon returned to his earlier and more inspirational model, Berthe, asking her to sit (or actually recline) for a painting now entitled Repose. 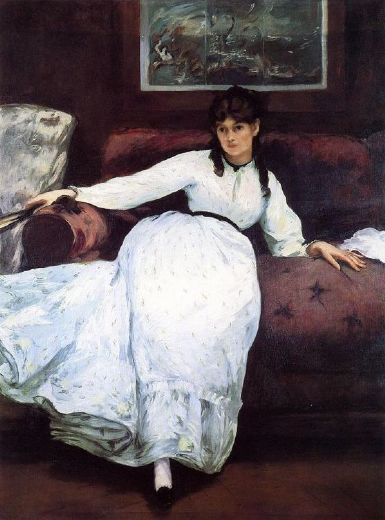 More  portraits of Morisot by Manet would follow during the next few years, capturing Berthe in a range of poses, moods, and attitudes, including wearing a mourning hat.

But Berthe Morisot with a Bunch of Violets is his most moving and greatest homage to the younger artist.  Berthe is never more alive, directly engaging us.  Or is she actually flirting with Manet?  Were she and Manet now lovers? 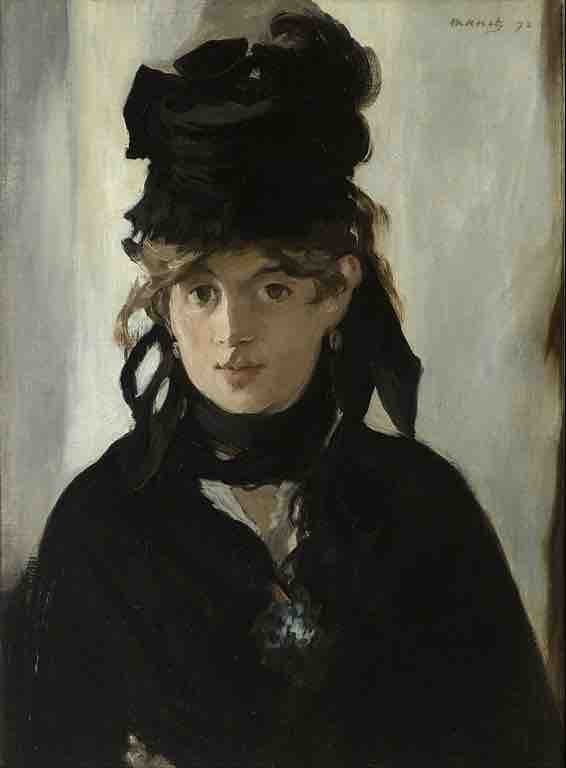 Does the intimate still life, A Bouquet of Violets, done around the same time, seem to confirm it? 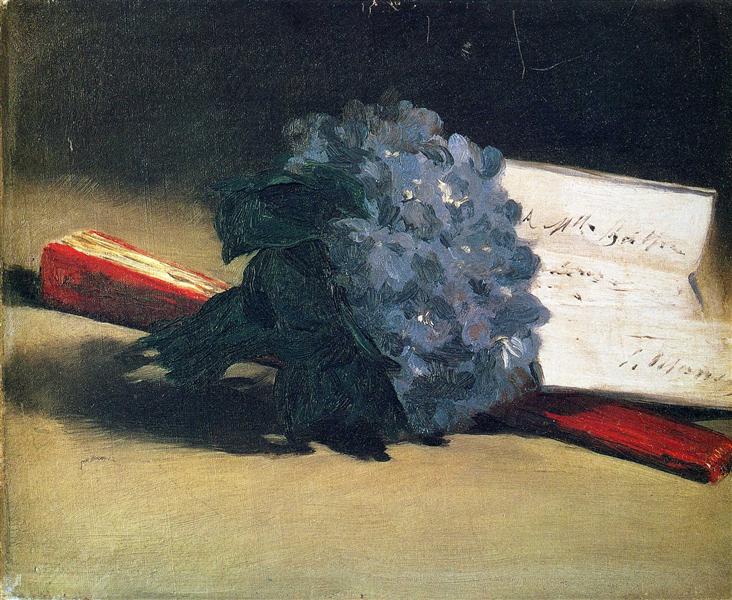 Manet was a genius at depicting flowers so expressively, from voluptuous peonies to modest pansies.  Here, though, the bouquet of violets lies loose, accompanied by Morisot’s red fan seen in The Balcony, and a note, its color pure white. Look closer and you’ll see the addressee, Mademoiselle Berthe, and signed with flair by Edouard Manet.

An expression of amour?  Or simply a dedication to a good friend and excellent model?  Most importantly, how did Morisot interpret this painting?

Perhaps a clue is her marriage, just two years later, to Manet’s brother Eugene portrayed in her painting, Eugene Manet on the Isle of Wight. From what we know, no more portraits of Morisot appear to exist after 1874.  If it were truly a platonic relationship, why wouldn’t Manet continue to paint his sister-in-law?  For wouldn’t it then be “all in the family?”  Or was Eugene a substitute for Morisot’s unrequited love, Edouard? 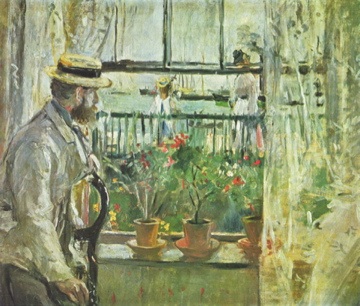 Morisot would continue with her artistic career that had started in the 1860s. The year of her marriage, Berthe  would enter the first Impressionist exhibition, participating in all but one of the eight exhibitions (probably due to the birth of her daughter Julie).

She would remain married to Eugene for nearly twenty years, creating an outpouring of paintings, mainly of domestic scenes (like her colleague Mary Cassatt), often of her beloved daughter Julie.  Julie Daydreaming would be among Morisot’s last works of art done about a year before her death at age 54 in 1895. 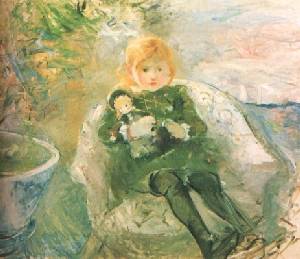 Morisot, Julie with a Doll, 1884, oil on canvas, Private Collection 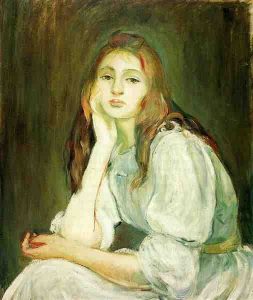 Yet, did she ever truly forget her love for Edouard?  For me, the answer lies ultimately in an undated portrait of Berthe by Manet.   Do you agree? 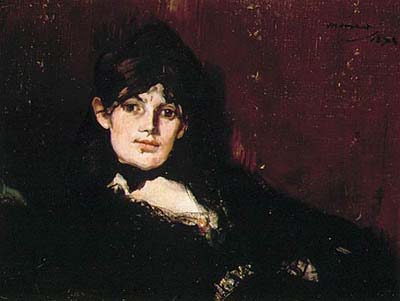 P.S. An historical footnote that you might find intriguing.  Edouard Manet was introduced to Morisot by her birthday mate artist Henri Fantin-Latour, a talented contemporary, who was also born on January 14 (although earlier in 1836). 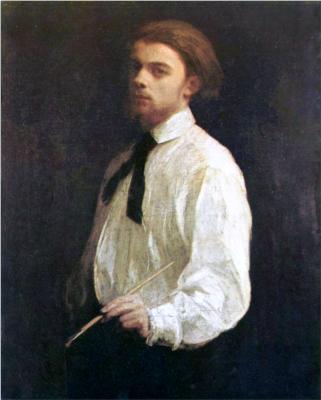 All images in the above article are used only for educational purposes.