By Joan Hart on December 7, 2011 in Art Happenings

Note: click on each image to enlarge the individual work of art.

Some 400 years ago, Domenikos Theotokopoulos, universally known as El Greco, created a vision, A View of Toledo, that continues to both enthrall and mystify us in late 2011.   It is a work of art unique in its own time, unmatched in emotional power until Van Gogh’s Starry Night and the paintings of twentieth century masters such as Picasso and Jackson Pollock. 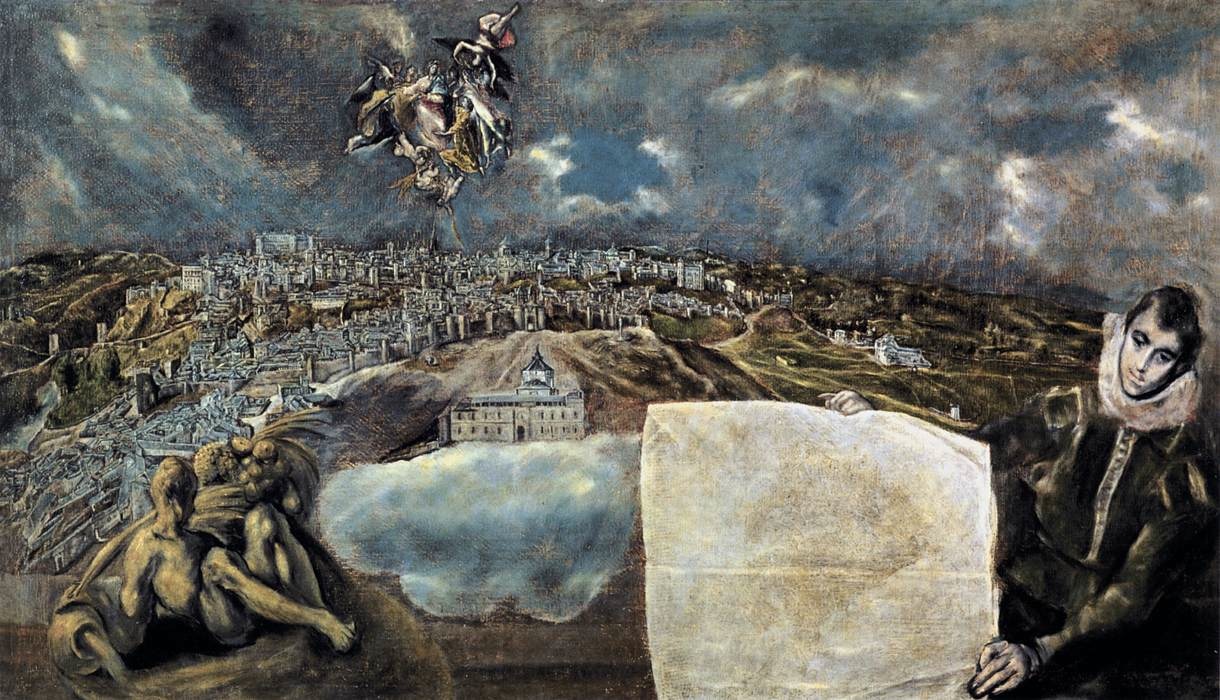 The date of A View of Toledo remains uncertain, but most art historians estimate that it was done around 1600 in the late phase of El Greco’s career.  By then, El Greco had established himself as one of Toledo, Spain’s most successful artists, producing numerous religious altarpieces and portraits for both the church and private patrons.   Below is what might be a self-portrait of the artist in his older years. 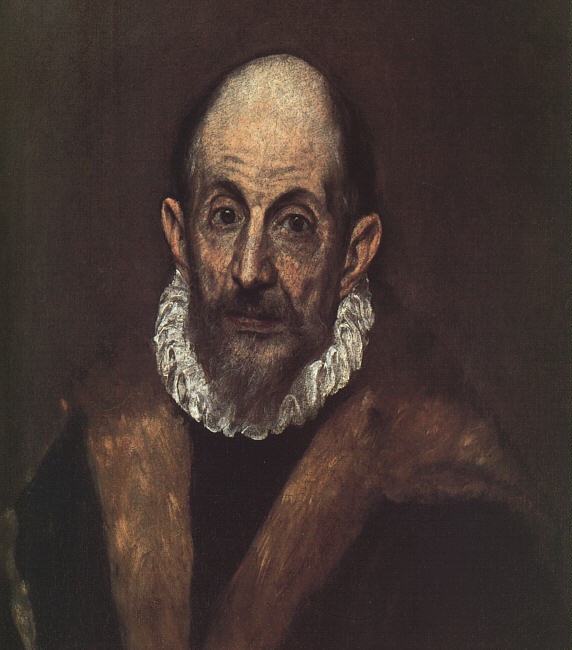 Toledo was a long way from Candia, Crete where El Greco was born in 1541 of Greek parents.  He was almost thirty when he departed forever, seeking greater artistic opportunities first in Venice and Rome, and later in Toledo where he moved permanently in the early 1580s.  El Greco, or “the Greek,” as the Spanish referred to him, quickly found an audience for his distinctive style often characterized by an electric color and light as well as elongated forms (once thought to be the result of an eye condition but more likely the influence of Mannerism, an art movement then popular in Europe).

One of El Greco’s most famous achievements is the monumental The Burial of the Count of Orgaz, commissioned by his local parish priest. 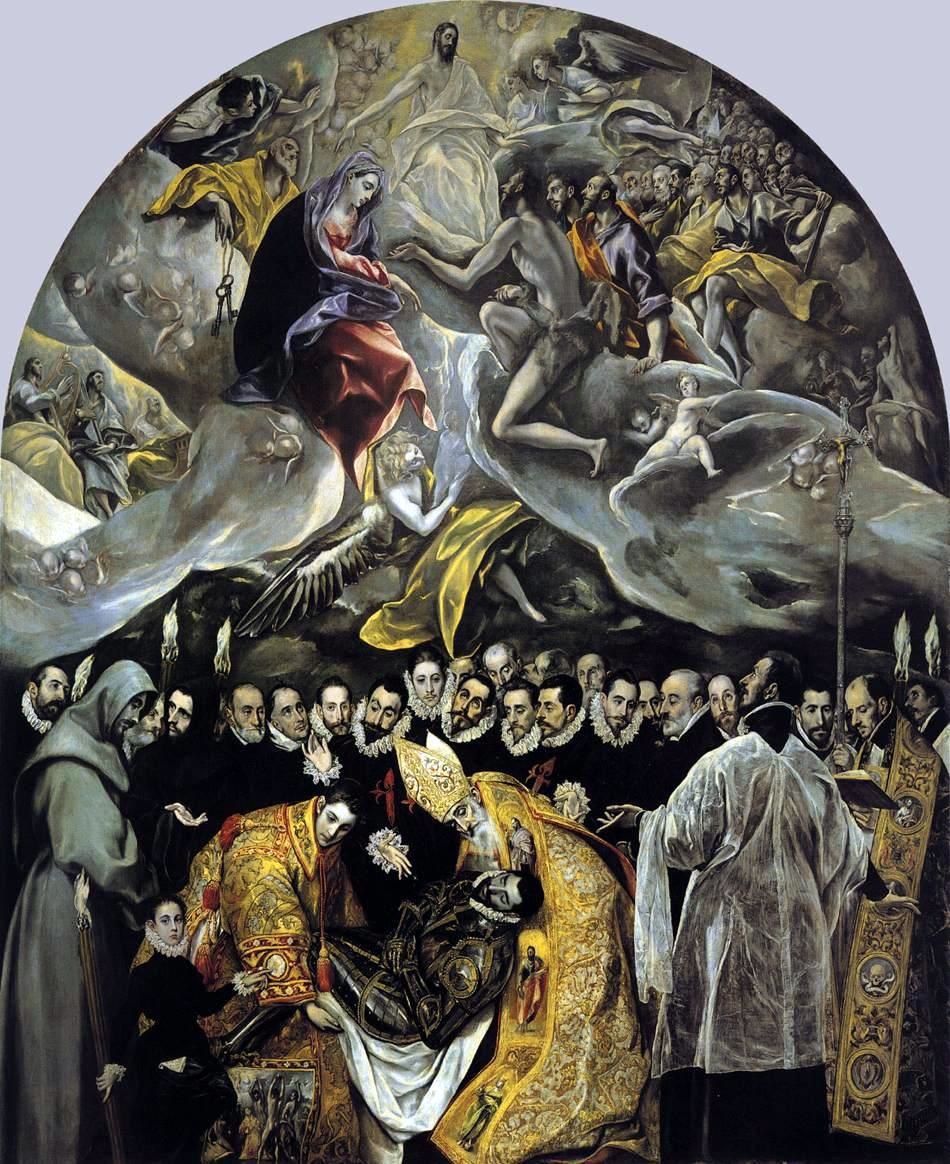 While his turbulent The Agony in the Garden, full of drama and movement, is representative of so many of his masterpieces.  Its otherworldly setting of what looks like a collapsible rock and swirling clouds is particularly arresting. 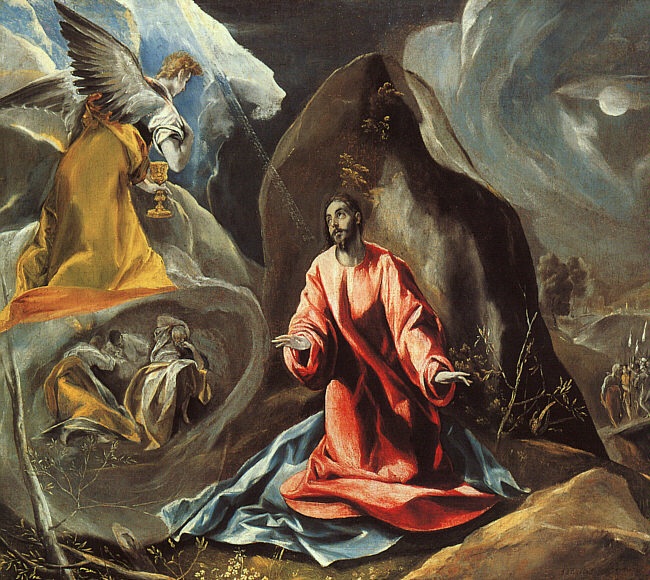 El Greco, The Agony in the Garden, c. early 1590s, oil on canvas, The Toledo Museum of Art, Toledo, OH

However, it was Toledo itself that intrigued him. Would he recognize what is called the Old City as photographed in 2007?  The general lay out would probably still be familiar, including the major landmarks at the top with the Tagus River bordering the base of the city.

Yet, in A View of Toledo, El Greco has rearranged the city’s medieval cathedral, not only moving it next to the alcazar or palace, but turning it around as well.  Its spire along with the rest of the city illuminated by an ominous sky turning day into night. Is an earthquake about to strike? 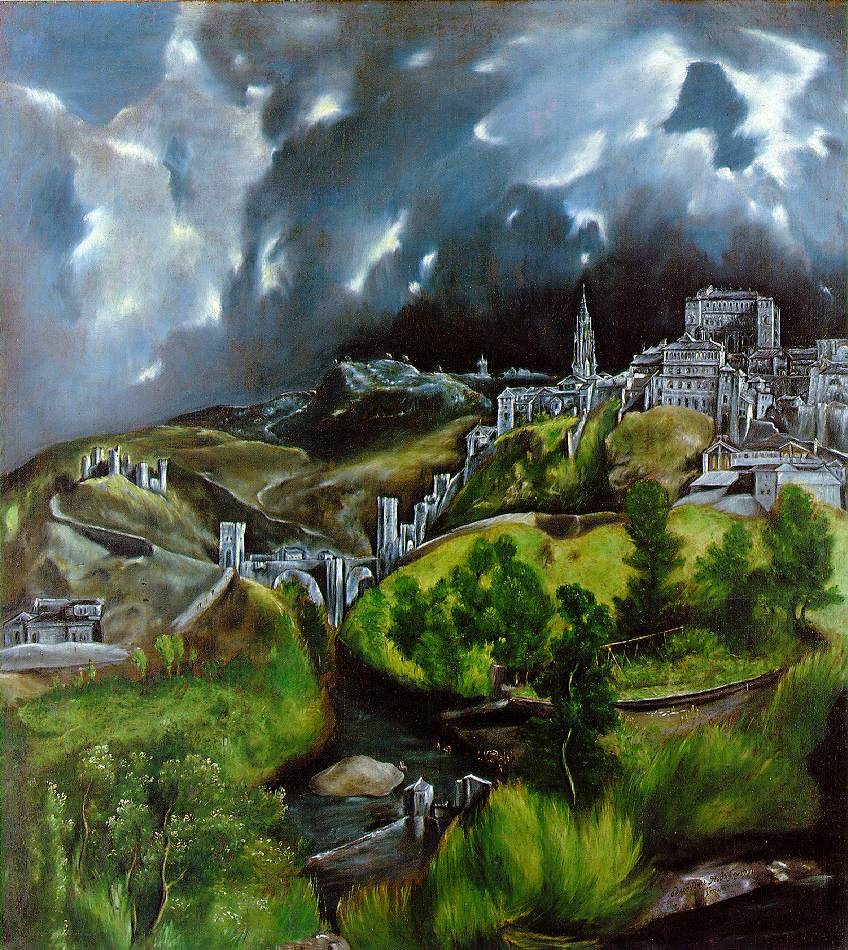 Is A View of Toledo meant to symbolize a moment of reckoning, the equivalent of a Last Judgement?  Or does it actually signify the advent of a new spiritual awakening for mankind?  The true meaning will probably never be deciphered, although this unearthly vista reappears in the background of El Greco’s St. Joseph and the Christ Child, the main altarpiece of the Chapel of Saint Joseph in Toledo.

Can you see the cathedral and palace behind St. Joseph and the Christ Child, in the lower corner, on your right? 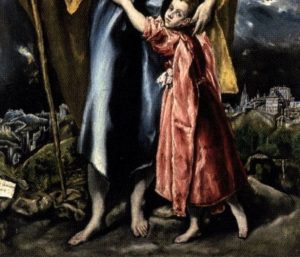 El Greco  depicts his adopted city again in Saint Martin and the Beggar (originally one of the side altarpieces of the Chapel of St. Joseph) though from a different perspective. 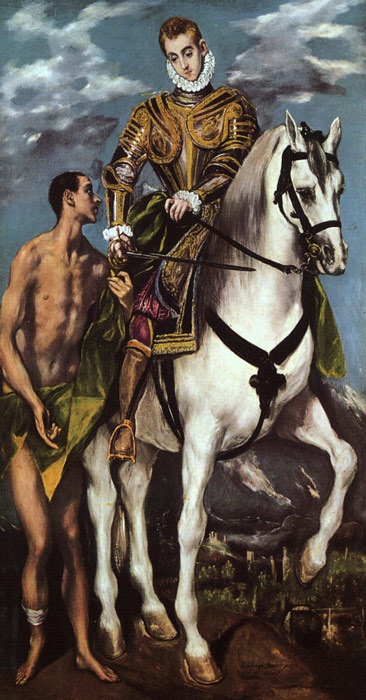 El Greco would also utilize the cityscape of Toledo in several other major works including The Virgin of the Immaculate Conception and Lacoon. Unfortunately  after his death in 1614, the artist’s reputation rapidly declined so it wasn’t until the nineteenth century that innovators such as Delacroix and Manet began to appreciate El Greco’s contributions to art.  Was Vincent Van Gogh (an admirer of Delacroix) aware of the Crete master?  Perhaps, in Starry Night, we might find the answer.

Coming next:  A Holiday of Art!

And a great gift for the holidays, Through an Artist’s Eyes: Learning to Live Creatively.  Available on amazon. com.

Artists’ Birthdays This Week, Claude Monet: For the Love of Camille
A Haunting in Washington Through an Artist’s Eyes: The Mystery of the Adams Memorial