Gustave Courbet (1819-1877) was one of the most controversial figures of the mid-nineteenth century French art world for both his ground-breaking style of realism as well as his political views.  Renoir, for instance, was an early follower, once describing Courbet as “the idol of the young painters.”*

However, in his endearing sketch of his sister Juliette, Courbet reveals a more personal side.  For Juliette remained close to him throughout his turbulent life and was his sole heir after his death. 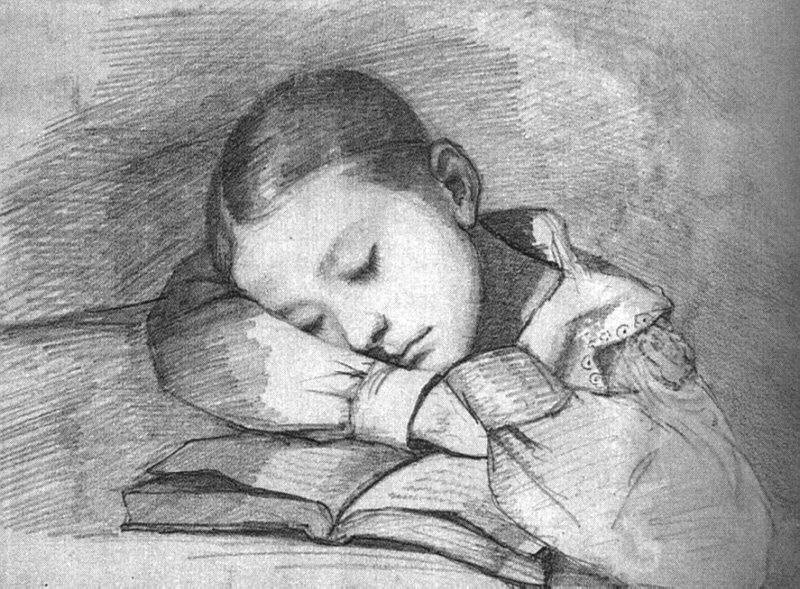 *Renoir’s quote about Courbet is from Renoir Landscapes, 1865-1883 (a catalogue for the exhibition of the same name) by Colin Bailey and other art historians, National Gallery Company Limited, 2007, London, UK.