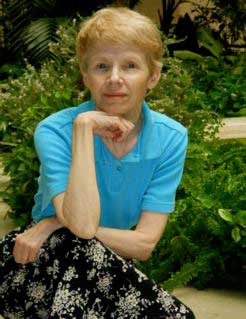 The search for the meaning in life has faced us all, regardless of our age, our background, our aspirations.
Joan Hart – joan@artseverydayliving.com

Joan Hart was born in 1949 in Morristown, New Jersey, about 40 miles northwest of New York City. Her formal personal journey to art began at the age of fifteen, when she visited the Metropolitan Museum of Art for the first time on a school trip. However, she actually experienced her first aesthetic experiences in her grandparent’s home. Surrounded by the beauty of flowers, paintings, antiques, and decorative objects, she sensed the uniqueness of this world, created by her elders. Today, long after the house passed from family ownership, her memories of its rooms, hallways, and adjoining garden have remained vivid.

During her college years in schools in Maryland and New York, Hart continued to be drawn to art, but because she didn’t have the inclination or talent to create art, she chose art history as a means of pursuing what was becoming a vital part of her life. However, she was often discouraged, being told, for example, that a career in art history was not practical and that few jobs were available in the field. She persevered, earning a masters’ degree in art history while studying in Italy. Yet, something seemed to be missing. Her main choices professionally appeared to be either in academia or in an art museum, both areas that seemed confining to her.

So Hart started to search for a meaningful way to combine her love of art with earning a living. Teaching was her primary vehicle, beginning with the often isolated residents of nursing homes and other retirement facilities in Washington, D.C. where she had moved shortly after completing graduate school. Hart met Sarah, a chronically ill woman who attended her weekly art appreciation sessions one summer, and she discovered how an artist and his works could truly revitalize an individual’s life even in the face of death. In this case, the artist was Matisse, and his powerful visions, particularly his monumental cut-outs, both comforted and enriched Sarah spiritually in the last days of her life.

Hart never forgot Sarah, and she decided to dedicate herself to bringing arts appreciation into the community with other arts teachers. Hart and her colleagues have been accomplishing this mission through Museum One, Inc., an arts outreach service in the nation’s capital and surrounding areas, from the city center to the outlying suburbs, interacting with people of all ages, educational and income levels, and ethnic backgrounds. Through an Artist’s Eyes: How To Live Creatively is inspired by the bond between the arts and the humanity she serves.