By Joan Hart on December 4, 2013 in Art Happenings

I can’t look at the last piece of furniture, the cradle, without emotion. For it’s a strong and powerful emotion that grips a person when one has sat beside the woman one loves with a child in the cradle near her. 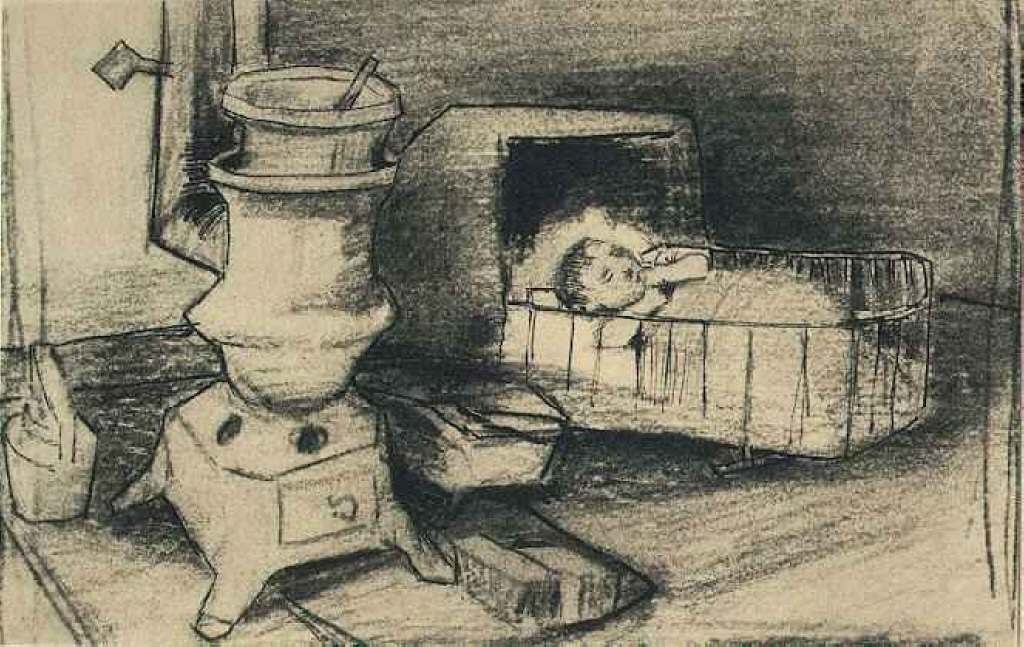 Cradle may be only a sketch, yet it symbolizes Vincent van Gogh’s desire to have his own family.  For the baby Willem was the son of Clasina or Sien Hoornik, the woman he hoped to someday marry.    But what I can’t get over is the child, Vincent marveled after Willem’s arrival, because although it was delivered with forceps it wasn’t the least bit harmed, and it lay in its cradle with a sort of worldly wisdom.*

The Dutch artist had met Sien soon after he moved to The Hague in early 1882.  She had been working as a prostitute and was then pregnant as well as homeless.  Vincent lived with Sien and her children (she also had a young daughter) for more than a year but their relationship was doomed.  Van Gogh’s companion was not accepted by his parents plus Sien was drawn back to her former profession.