I want you to see a little of this beautiful country, where pictures are made—your station is Lyme.

Although Claude Monet never visited the United States, his artistic vision impacted American painters like Mary Bradish Titcomb who worked in the art colony of  Old Lyme, more than a century ago.  Today the Impressionist splendor of her Two Girls, Old Lyme, Connecticut can still be experienced in this bucolic New England town near the Long Island Sound, especially at the Florence Griswold Museum. 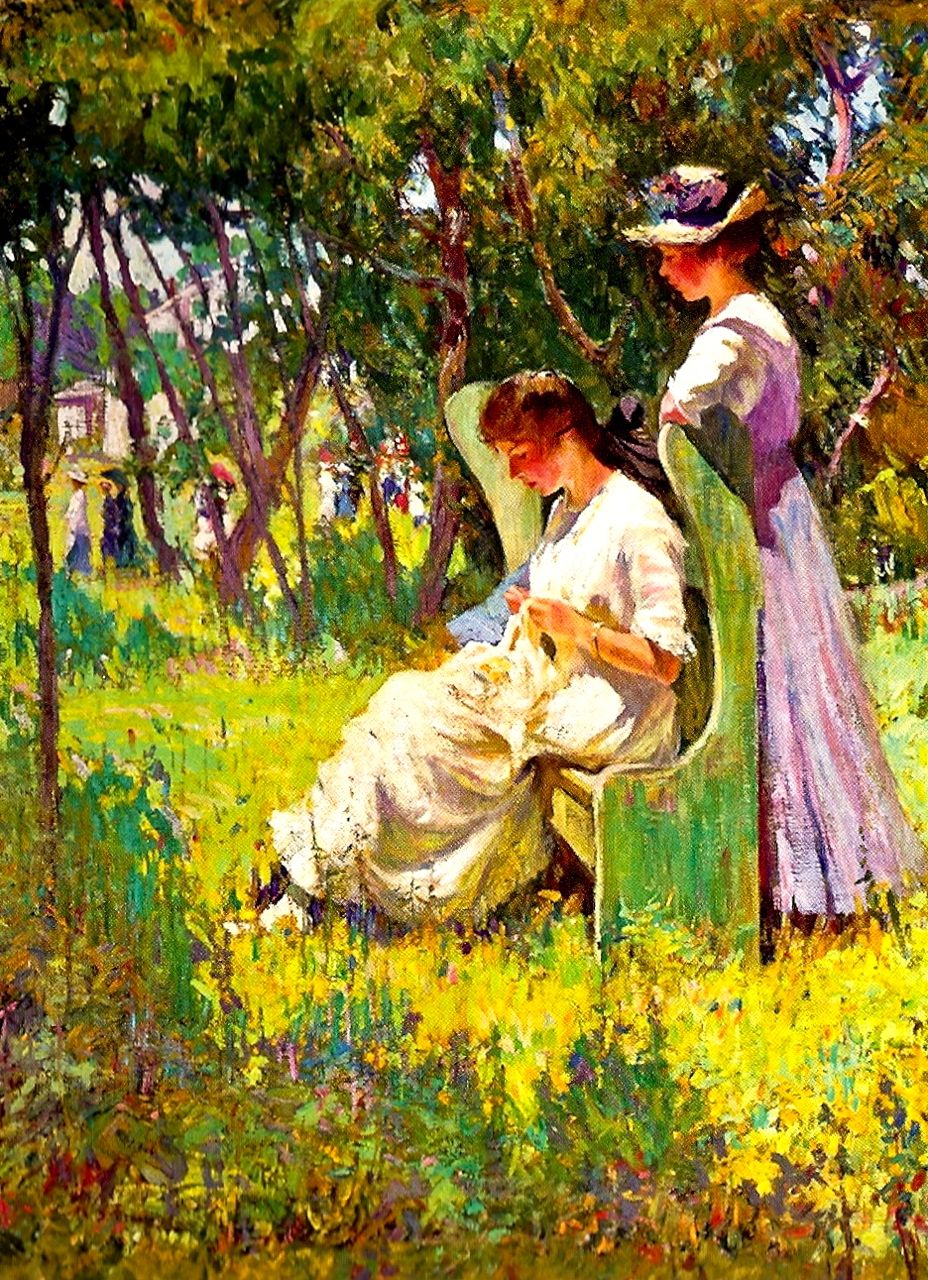 Mary Bradish Titcomb (1858-1927) was both a respected artist and teacher, based mainly in Boston.  In addition to Old Lyme, she also spent her summers painting at Cape Ann, along the Massachusetts coast.

Henry Ward Ranger (1858-1916) is best known for creating in the darker palette of the Barbizon School of art which originated in the mid-nineteenth century. He was one of the founders of the Old Lyme group, but left after the arrival of Childe Hassam, who was a leading advocate of the more luminous and colorful Impressionist style.