By Joan Hart on December 1, 2015 in Art Happenings

WOMEN OF THE BELLE EPOQUE

AT THE MOULIN DE LA GALETTE

I would kiss you, had I the courage.

The Belle Epoque (or beautiful era as translated from French) spanned the end of the Franco-Prussian War in 1871 to the beginning of World War I in 1914.  A period of artistic and cultural innovation, its epicenter is generally considered the Paris of Degas and Toulouse-Lautrec, Manet and Picasso, Renoir and Matisse. 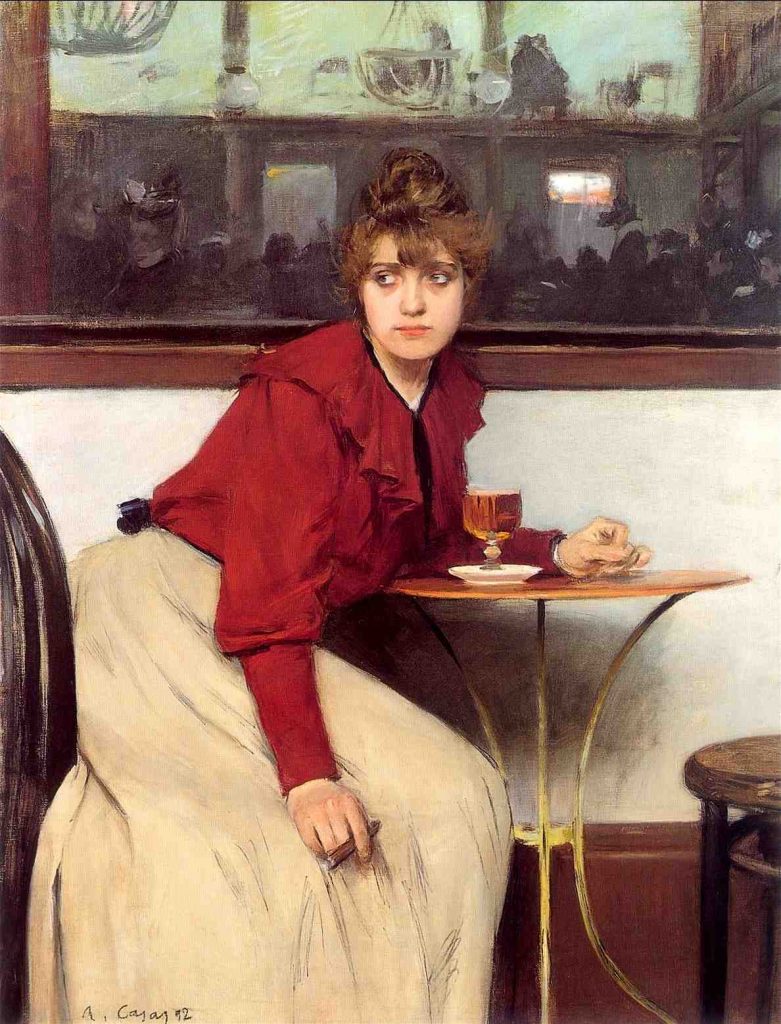 Spanish artist Ramon Casas (1866-1932), like his countryman Picasso, lived and painted both in Barcelona and Paris during the Belle Epoque. A favorites haunt of Casas was At the Moulin de la Galette shown above where he observed one of its frequent clients, Madeleine, about to consume the often deadly liquor absinthe and an unladylike cigar.

Avant-garde pioneer Edouard Manet (1832-1883) was a generation older than Casas and already shocking the Parisian art establishment with works like the scandalous nude Olympia in 1865, just a year before the younger painter’s birth. Manet’s The Plum of 1877 below, now at the National Gallery of Art in Washington, D.C., is considered a predecessor for Casas’s later At the Moulin de la Galette done in 1892. 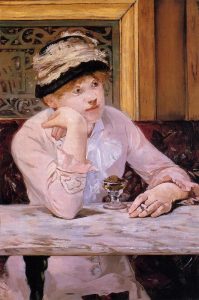 For another look at the famous dance hall, click:

Toulouse-Lautrec, Renoir, and Picasso at the Moulin de la Galette

Welcome in the holidays with Through an Artist’s Eyes: Learning to Live Creatively!