THE COMEBACK OF CECILIA BEAUX

Why are once successful artists overlooked by posterity?  Their names barely recognized, although their works are still displayed in major art museums.  For instance, American Cecilia Beaux, who equalled Mary Cassatt and John Singer Sargent in popularity in the past, now seems better known among art historians than the general public.  Does she deserve a comeback? 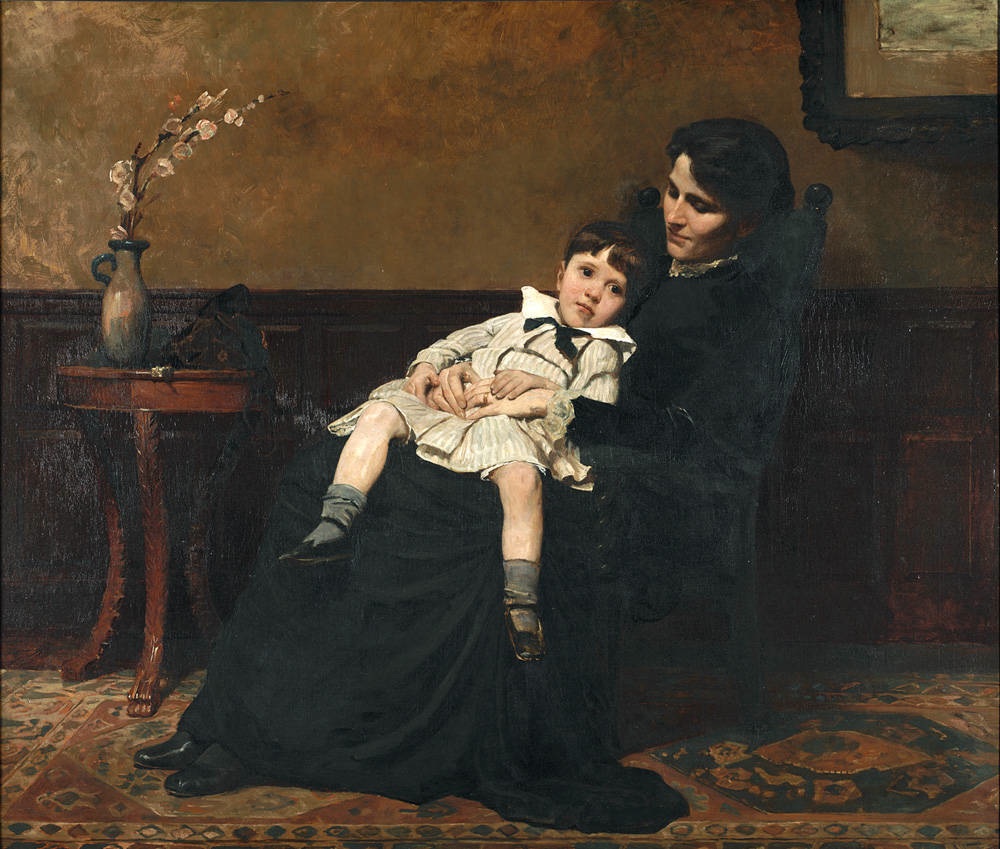 All in the Family:  Until 1989, the moving Les Derniers Jours d’Enfance (The Last Days of Infancy) was owned by the painter’s great niece. Currently at the Pennsylvania Academy of the Fine Arts (PAFA), where it first debuted in an 1885 exhibition, this portrait of Beaux’s older sister and her son earned a prize and later accepted by the Paris Salon.

A masterpiece of maternal love, painted by a doting aunt, unable to resist her nephew’s endearing expression. Speculation that influenced by Whistler’s Mother (Arrangement in Grey and Black) which Beaux probably saw when shown in the United States. An example of her early realistic style, eventually replaced by a looser, more impressionist technique.

Philadelphia Girls: Like Cassatt, more than a decade her senior, Beaux had ties to one of the country’s oldest cities. Born there in 1855, she lost her mother to puerperal fever; her emigre father returned soon afterward to his native France, leaving his two daughters to be raised by their  grandmother and aunts.

Encouraged by relatives and friends to become an artist, Beaux studied both privately and at Cassatt’s alma mater, the Pennsylvania Academy of the Fine Arts. She also attended classes in Paris in the late 1880s, receiving instruction from notable French artistic figures. But unlike Cassatt who made her permanent home in France, Beaux returned to the United States in less than two years.

At the Top of Her Profession: During the 1890s, esteem and demand for Beaux’s portraits escalates, reflectied in admiring pronouncement of leading America master and teacher William Merritt Chase, that Miss Beaux is not only the greatest living woman painter, but the best that has ever lived.  Numerous commissions included famous clients such as President Theodore Roosevelt and French premier Geroges Clemenceau.

Also honored with awards and memberships to prestigious arts associations; first female artist to be appointed to a full time faculty position at the PAFA, where she had previously been a pupil.

Cassatt and Beaux Meeting? Her relationship with Mary Cassatt continues to be researched; probably acquainted since shared common social and artistic background. For instance, Cassatt’s cousins, the Riddles, sat for both painters, possibly causing friction between the two women.

Scarcity of Images: While Mary Cassatt’s paintings, pastels, and prints are easily accessible on the internet, Beaux’s works are underrepresented and often of poor quality.  A good source is the PAFA website (see: link at the end of the blog); unfortunately wikipaintings does not presently offer a selection.

Please click on the following reproductions to enlarge them. 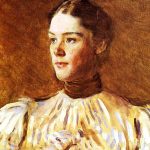 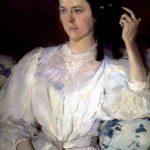 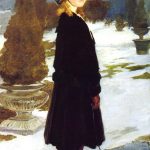 The main resource for this blog is American Woman Artist 1830-1930, catalogue, The National Museum of Women in the Arts, Washington, D.C., 1987.  The PAFA did also hold a retrospective on Beaux’s body of works in 2008.

All of the above paintings are in the public domain in the United States.