THE DEATH OF CLEOPATRA

Sometime in the early 20th century African-American sculptor Edmonia Lewis vanished, possibly in Rome where she had resided for decades.  Born in upstate New York about 1844 of Black and Native American heritage, she overcame the obstacles of her race to become a successful artist.  Among her works were statues of abolitionist John Brown, Biblical themes, and Indian legends such as Hiawatha. However, The Death of Cleopatra, displayed at the U.S. Centennial Exposition of 1876, brought her the greatest recongiton.  Yet like its creator, the impressive marble weighing over a ton, disappeared assumed lost or even destroyed.

Fortunately today The Death of Cleopatra is now part of the collection of the Smithsonian American Art Museum.  Somehow surviving an incredible odyssey—-from a racetrack near Chicago (where it marked the grave of a horse) to a military housing project to the temporary care of a boy scout troop.

For more on Edmonia Lewis, see the link below. 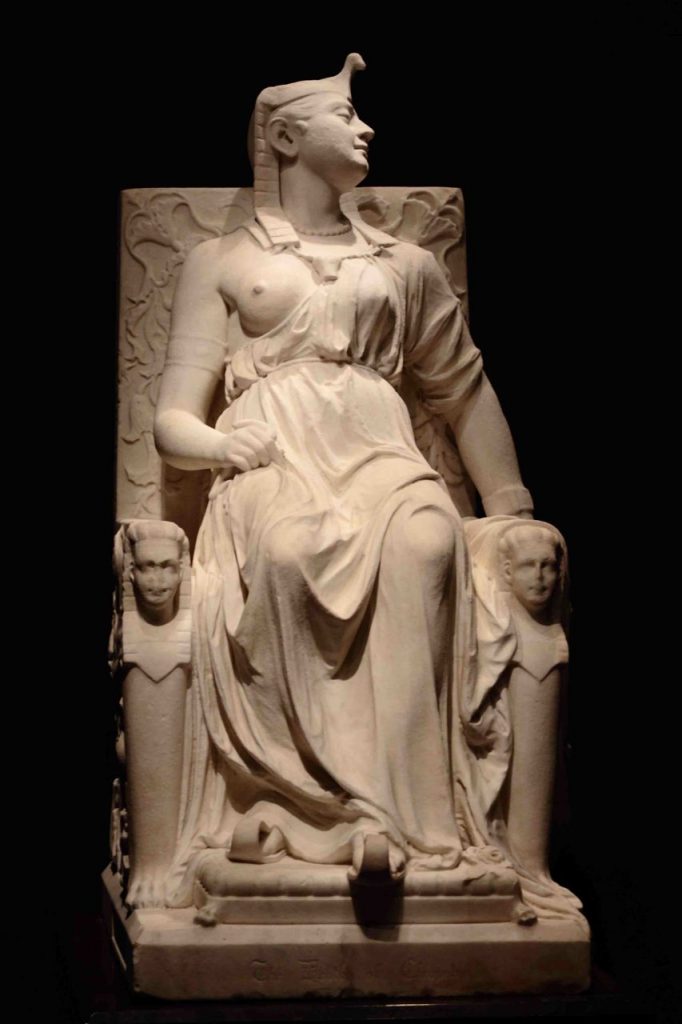 Edmonia Lewis at the National Museum of American Art

The Death of Cleopatra