THE SOUL OF THE ROSE

Although I’ll be away this week, you can still enjoy a bit of art with an encounter almost every day—with enchantresses from mainly 19th century England when Queen Victoria reigned.  A rule that extended more than 6 decades, representing the zenith of British power as well as a flowering of the arts.

Women were central to important art movements like the Pre-Raphaelite Brotherhood, whose artists idealized the feminine sex, setting them often against medieval backdrops or lush locales such as the garden in the lyrical The Soul of the Rose by John William Waterhouse. 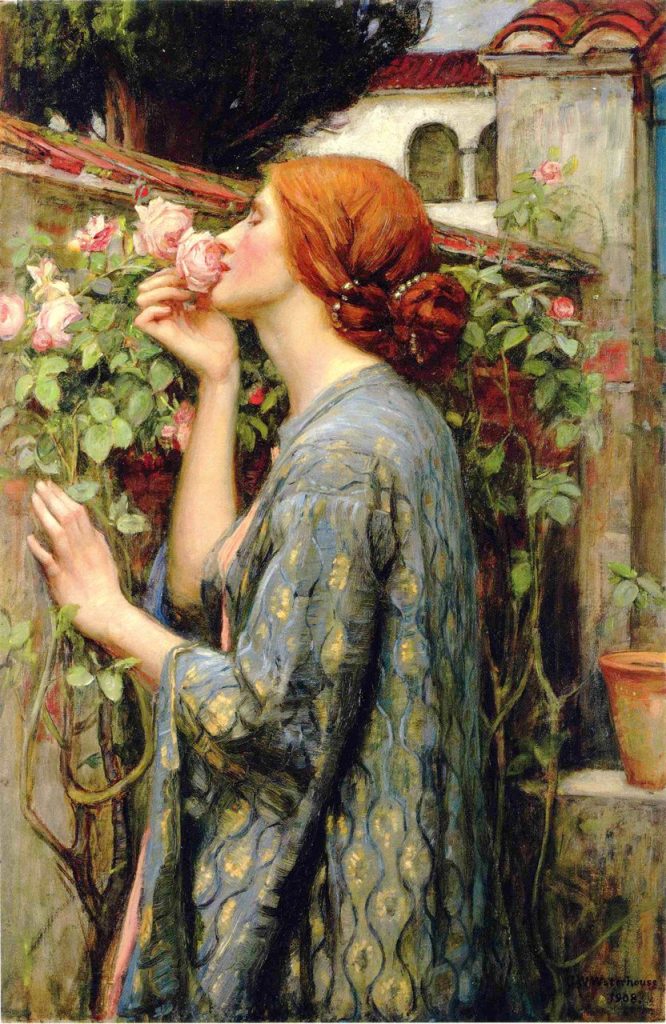 John William Waterhouse, The Soul of the Roses, 1908, oil on canvas, Private Collection

John William Waterhouse (1849-1917) might not have belonged to the inner circle of the Pre-Raphaelite Brotherhood, but he was influenced by their style and themes.

Discover the “soul” of flowers with Georgia O’Keeffe in Through an Artist’s Eyes: Learning to Live Creatively!