JEWEL OF THE BLACK SEA COAST

A garden isn’t meant to be useful.  It’s a joy. 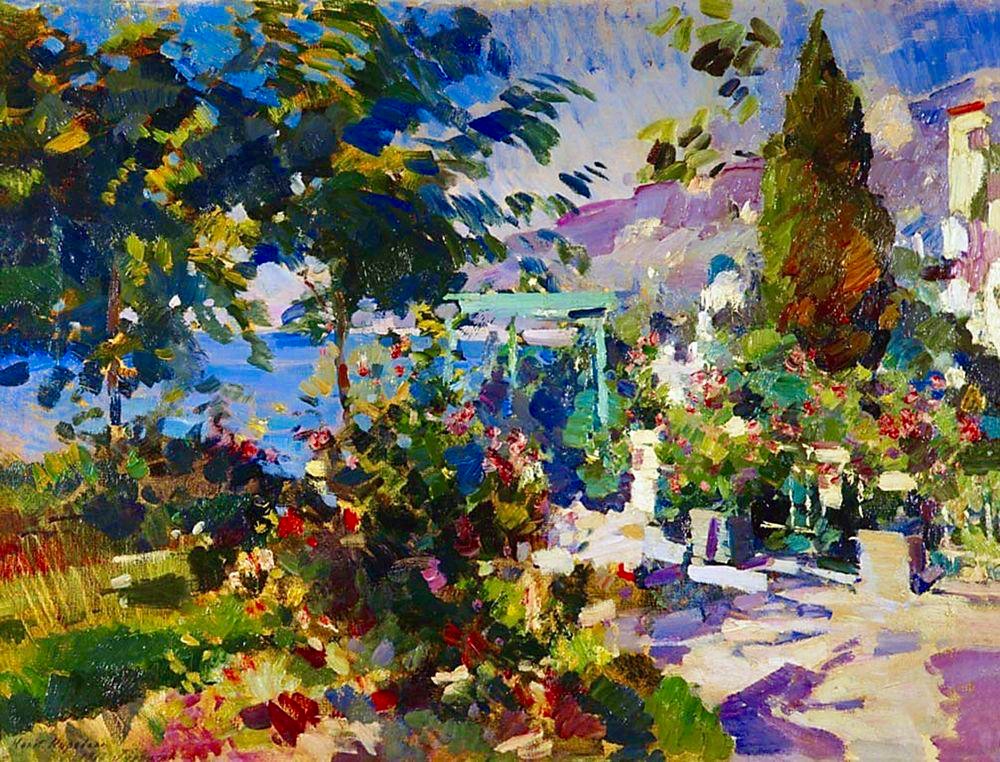 By the time Russian artist Konstantin Korovin (1861-1939) visited Paris in 1885 for the first time, Impressionism was already becoming an international movement. He quickly adopted the then radical style which would dominate his creative output during a long career. Because more than three decades later in Crimea, Gurzuf above, Korovin was still utilizing the multi-colored mosaic of brushstrokes inspired by Monet and Renoir, to express the vibrant beauty of a resort along the Black Sea coast.

British writer Margaret Rumer Godden (1907-1998) spent most of the first half of her life in India, which was the setting for several of her 60 books, including Black Narcissus and The River.  Both novels were made into movies, the latter produced and directed by award winning filmmaker Jean, the middle son of Pierre-Auguste Renoir.