This week I’ll be highlighting the works of the Pre-Raphaelites, beginning with William Morris who, if not officially a member, was as you’ll learn certainly connected with them.

Multi-talented British artist William Morris, born on this day 180 years ago, was a painter, poet, and publisher.  However, he is best known for his gift of design, especially wallpapers and textiles, that continues to influence decorators like Martha Stewart today.  Morris rebelled too against the mechanization of the industrial revolution, supporting the Arts and Crafts movement which advocated a return to hand made materials and furnishings for the home.

Morris was also a friend of fellow Brit Dante Gabriel Rossetti (1828-1882), who during William’s college years, introduced him to the medieval world of Pre-Raphaelite art. The two collaborated in 1857 on an mural series about King Arthur at Oxford University.

And 18 year old Jane Burden, the daughter of a local groom, was their Guinevere in this monumental undertaking.  According to Rossetti’s brother,

Her face was at once tragic, mystic, calm, beautiful and gracious—a face for a sculptor and a face for a painter….her complexion was dark and pale, her eyes a deep penetrating grey, her massive wealth of hair gorgeously rippled and tending to black….* 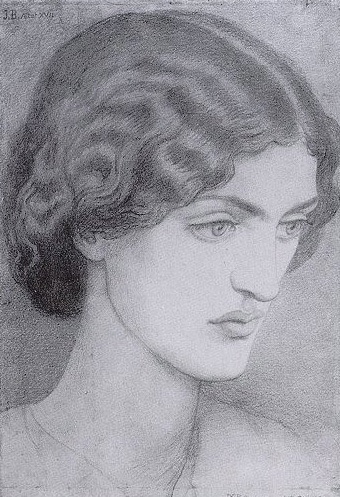 Rossetti had first seen Jane at the theater, declaring her a stunner. She soon became the ideal model for other mythic heroines like Princess Sabra, who was rescued from a dragon by the bravery of  Saint George. In the richly colored watercolor below, Burden and possibly Morris reenacted the marriage of the legendary figures (with an unconvincing slain beast on the right).

The couple would actually wed in 1859. During their engagement, Morris attempted La Belle Iseult, with Jane as Queen Iseult longing for her lover Tristam, but is said to have confessed to his future spouse I cannot paint you but I love you on the back of a study for the painting.

A year later Rossetti married as well, although his wife artist Elizabeth Siddal overdosed on laudanum in 1862. Then Fanny Cornforth (in his 1869 drawing below) became his mistress, while he had liaisons with other women. 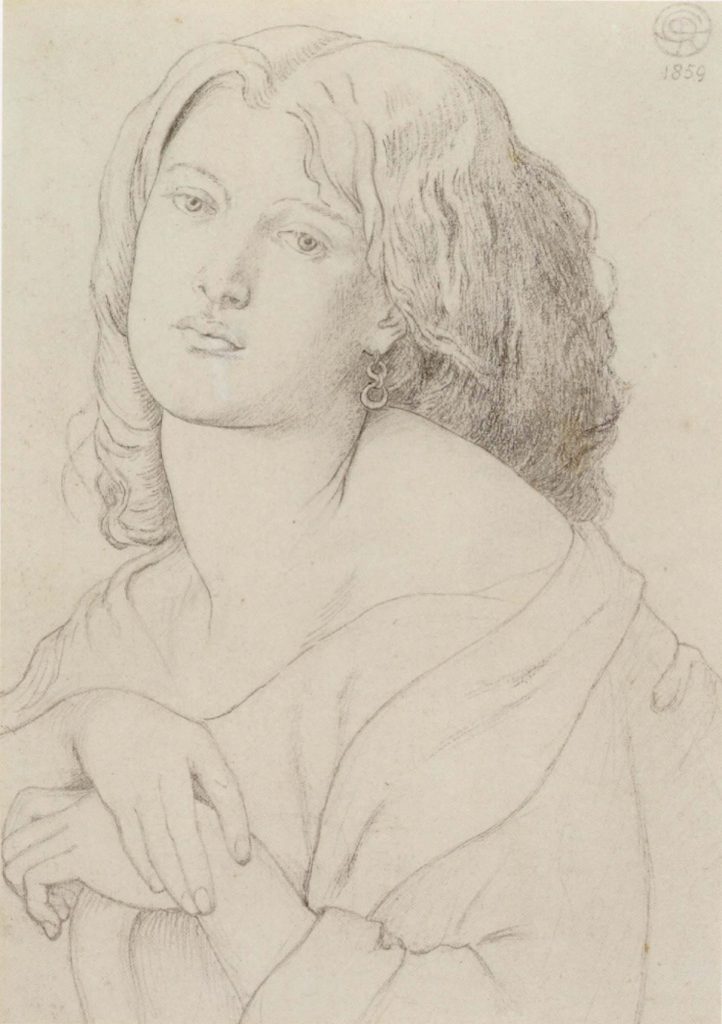 Yet, Jane was his ultimate muse.  No one else seems alive at all to me now, and places that are empty of you are empty of life….you are the noblest and dearest thing the world has had to show me, Rossetti wrote her in 1869 after they had started an affair.

For more than a decade, the lovers risked scandal and the anger of Morris. During this period, Rossetti created a succession of paintings expressing his adoration of Jane including Prosperine, The Day Dream, Marianna, La Pia de’Tolomei (which he reportedly worked on for 12 years), the spellbinding Jane Morris (The Blue Silk Dress), 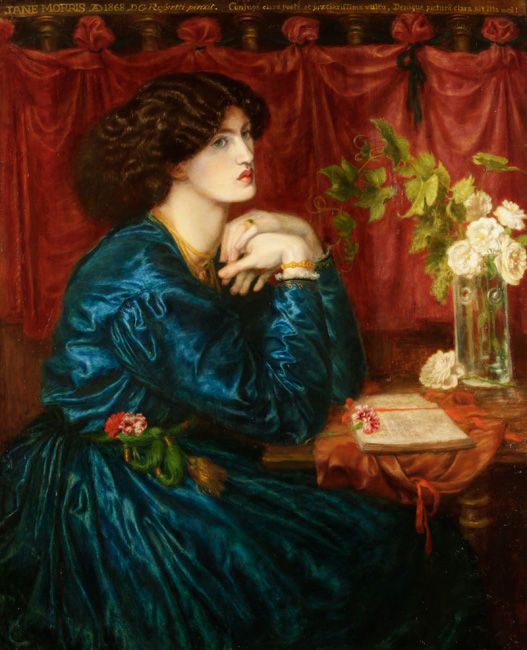 and recently discovered The Salutation of Beatrice. 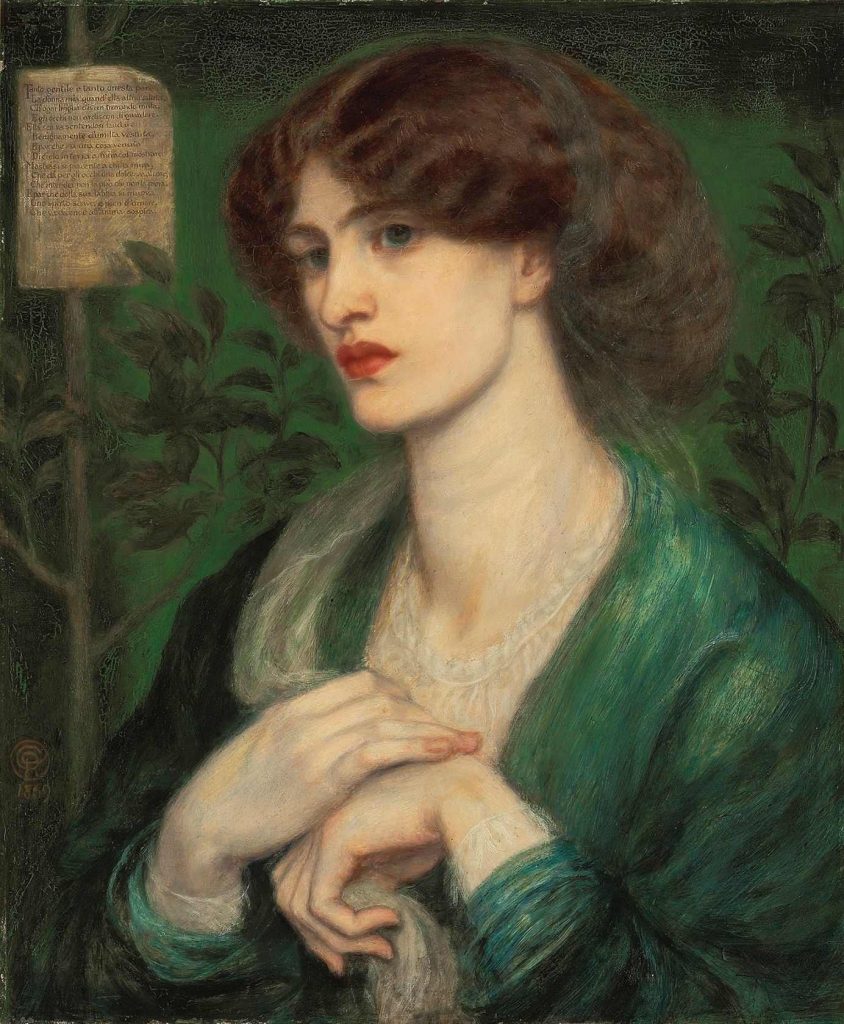 The Morris marriage did survive in spite of Rossetti. William died in 1896 while Jane lived until 1914.

Here are some other websites on William Morris, click

William Morris at the Victoria and Albert Museum