By Joan Hart on September 6, 2017 in Art Happenings 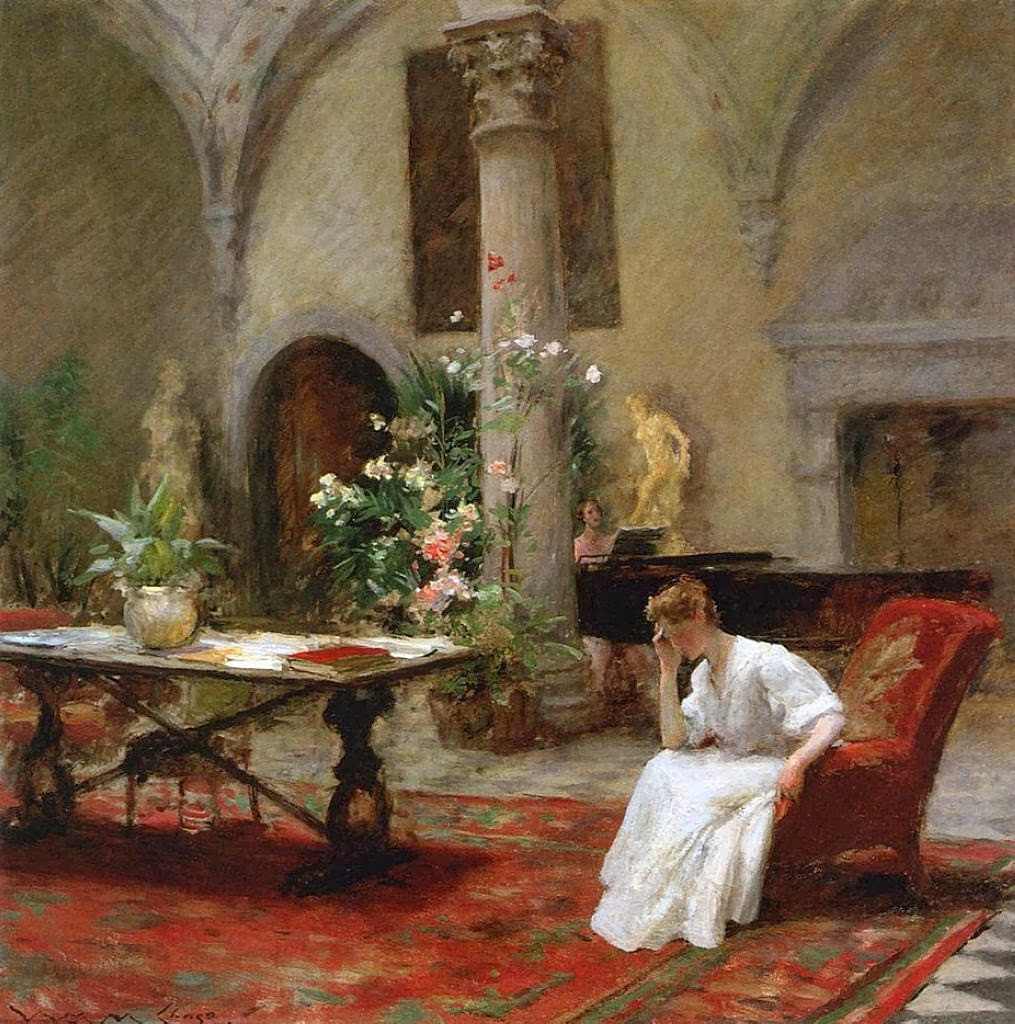 Each time I think the song has ended….something higher and better begins for me.

American Impressionist William Merritt Chase (1849-1916) was a prolific artist who created a variety of subjects, from portraits to landscapes to genre scenes like The Song above.  Danish author Hans Christian Andersen (1805-1875) is best known for his fairy tales such as The Emperor’s New Clothes, the Little Mermaid, The Ugly Duckling, among other stories.