THE GIRL BEFORE THE MIRROR

When a painting becomes a poem……..

I write a word to leave in case I find you gone out.  Here are the verse (BEFORE THE MIRROR), written the first thing after breakfast……

I know it was entirely and only suggested to me by the picture where I found at once the metaphor of the rose and the notion of sad and glad mystery in the face languidly contemplative of its own phantom and all other things seen by their phantoms.  I wanted to work this out more fully and clearly, and insert the reflection of the picture and the room; but Gabriel says it was full long for its purpose already, and there is nothing I can supplant. 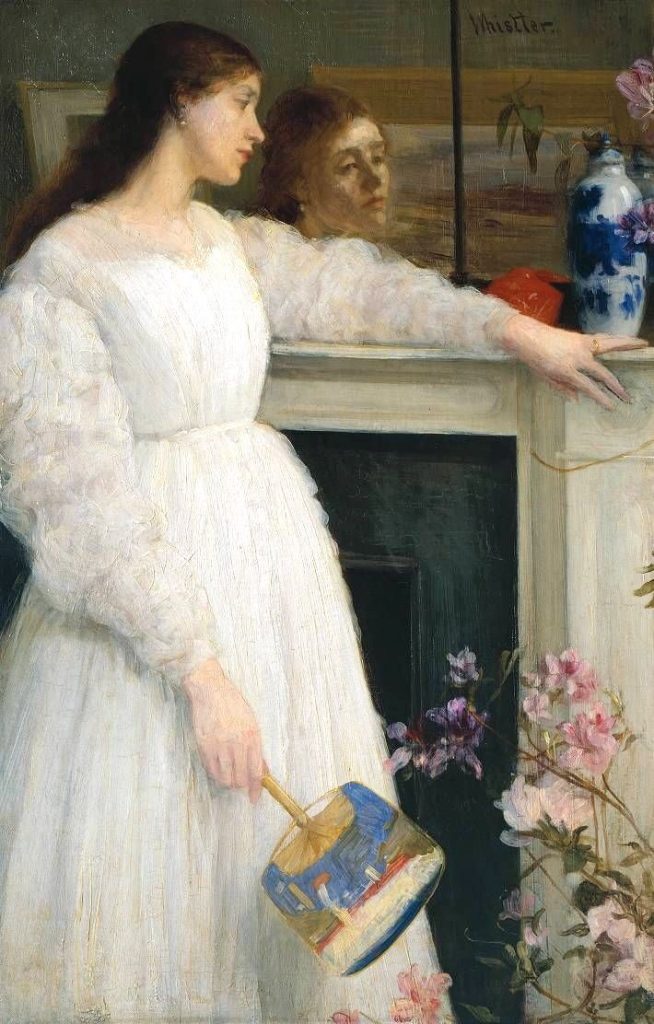 *From April 2, 1865 letter.  Swinburne’s poem would be part of the original frame of Symphony in White #2: Little White Girl.

Algernon Charles Swinburne (1837-1909) was a British poet, playwright, and novelist working mainly in Victorian England.  He associated with one of London’s most influential artistic groups, the Pre-Raphaelites. Swinburne was also a friend of Whistler, whose paintings inspired his own writings.

Although James Abbott McNeill Whistler (1834-1903) was American, he spent most of his career in England.  His iconic portrait of his mother, Arrangement in Grey and Black, Number 1 is his most memorable work, followed by Harmony in Blue and Gold: The Peacock Room, the dining room of patron Frederick Leyland.

Discover the poetry of art with Through an Artist’s Eyes: Learning to Live Creatively.