BE SURE TO CLICK ON THE WORK OF ART TO ENLARGE IT.

A WEEK AT THE SEA

It was a very familiar sight to see Winslow out on the rocks painting, and particularly after a big storm.  I remember one day in the early fall of 1891, when a strong wind was blowing, seeing him painting as I stood and watched the magnificent surf. 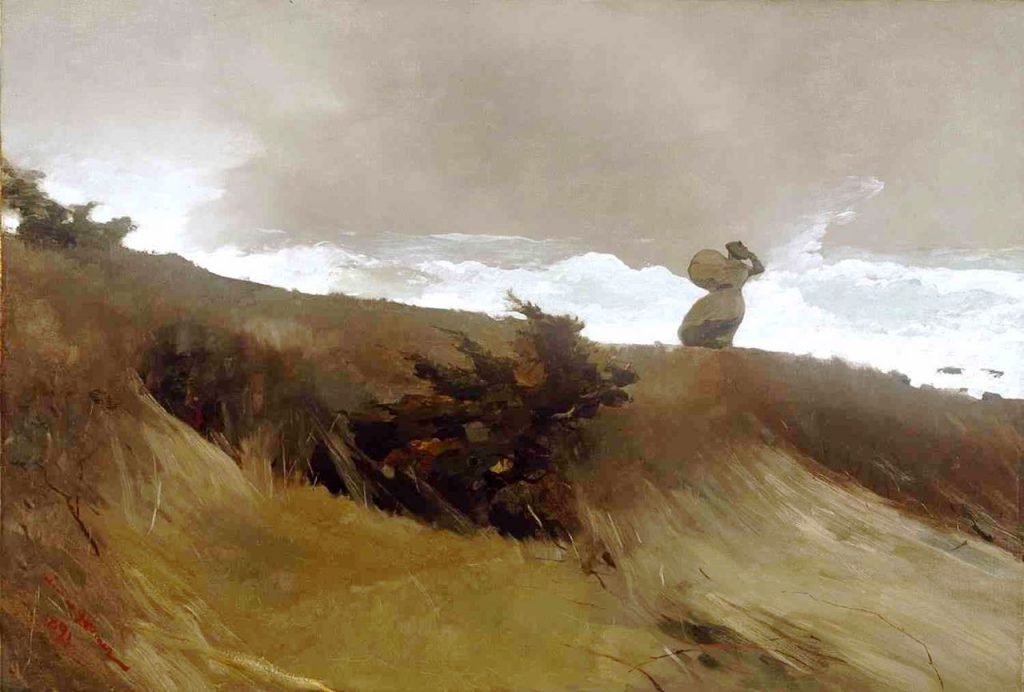 Let’s start this Week at the Sea with Winslow Homer (1836-1910), the consummate artist of the infinite moods and movements of the ocean. The West Wind above is a haunting work done in the later years of his career, when he resided on the rocky coast of Prout’s Neck, near Portland, Maine.  From his studio, perched dramatically above the sea, Homer could sometimes observe 30 to 40 foot waves crashing on the nearby shore.

Click below to view one of his most famous paintings,

Winslow Homer: Back to School

See the world in a new way with Through a Artist’s Eyes: Learning to Live Creatively!

American art, art appreciation, the art of the sea