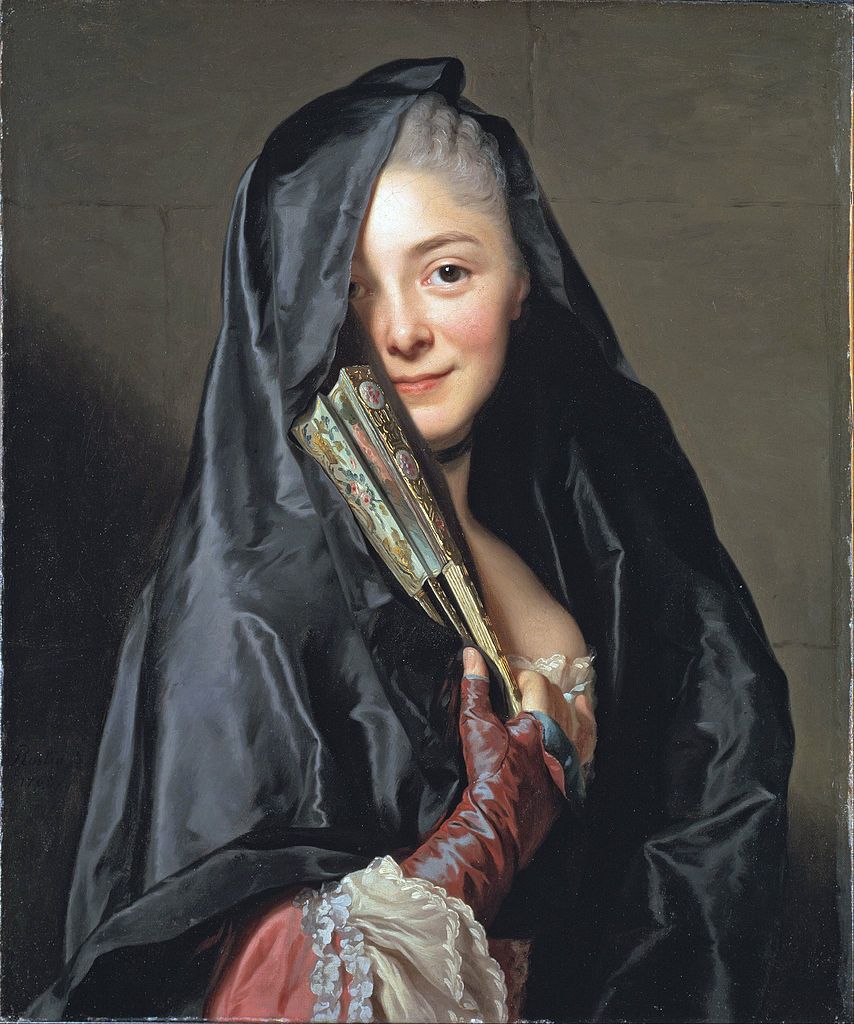 Is The Lady with a Veil, at the Nationalmuseum in Stockhholm, an 18th century version of the Mona Lisa? Although her smile appears broader and her gaze more direct, even with one eye nearly covered by her satin cape. She’s dressed for carnival Italian style, a combination of festival and masquerade, where a young woman, regardless of class, can freely practice the art of flirtation (or is it seduction?).

The model for this beguiling portrait by Swedish portraitist Alexander Roslin (1718-1793) is actually his French wife Marie-Suzanne Giroust.  She was also an artist (specializing in pastels) and had met her husband soon after he settled in Paris in 1752. During his lifetime, Roslin would be best known for his aristocratic and royal commissions, earning the reputation as the wealthiest painter in Paris.

Alexander Roslin, The Lady with a Veil, 1768, oil on canvas, Nationalmuseum, Stockholm, Sweden.