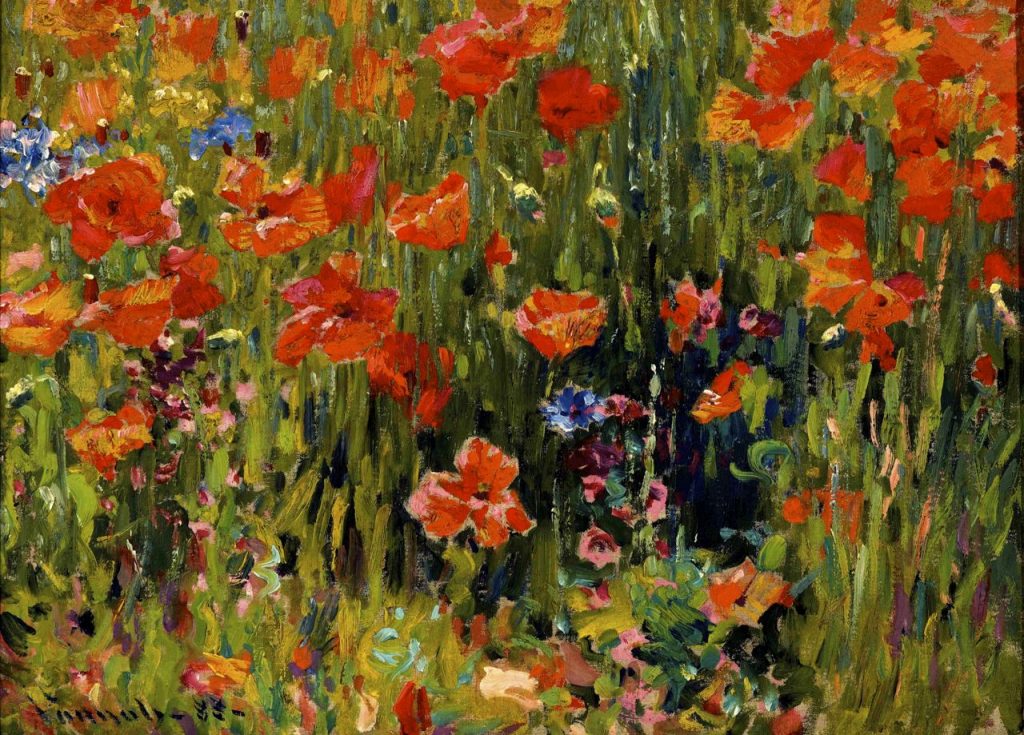 …..Here is a brighter garden,

Where not a frost has been;

In it unfading flowers

I heard the bright bee hum:

Into my garden come!

Emily Dickinson, There is Another Sky

American artist Robert William Vonnoh (1858-1933) created mainly in the Impressionist style that quickly became an international movement in the late nineteenth and early twentieth centuries.  Born and raised in New England, Vonnoh studied in Boston and then Paris, later painting the landscapes of both his own country and France.  Poppies above were a favorite subject and the centerpiece of his most renowned work, In Flanders Field.

Emily Dickinson (1830-1886) has become an icon of American verse, yet only a dozen or so of her poems were published during her lifetime. Now known as the “Belle of Amherst,” she never left her Massachusetts home (except for a short stay in school), writing in seclusion such poems as There is Another Sky, part of of which is excerpted above.

This painting is in the public domain in the United States.

The image is used solely for educational purposes.