FOR THE LOVE OF OPHELIA

Victorian artists, like Arthur Hughes (1832-1915), were often drawn to the character of Ophelia, the tragic love of Shakespeare’s Hamlet.  In Hughes’ 1863 Ophelia (And He Will Not Come Back), though, his emphasis is on her elegance and beauty—contrasting to his Pre-Raphaelite contemporary John Everett Millais’s explicit depiction of  her drowning death done about a dozen years earlier. (See: Monday, Tuesday, and Thursday’s blogs for more background on the Pre-Raphaelite Brotherhood). 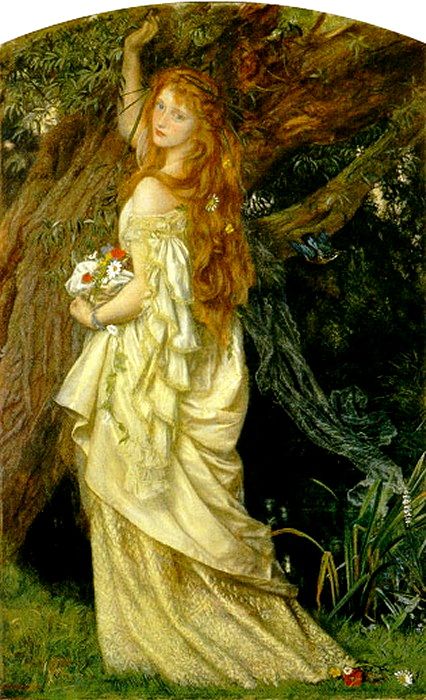 Among the sources for the blogs on “Victorian Goddess” this week is The Pre-Raphaelite Lens: British Photography and Painting, 1848-1875 by Diane Waggoner and other art historians, catalogue of exhibition, published by National Gallery of Art, Washington, D.C., 2011.