I’m beginning a series of classes on Vermeer, so I thought it would be fun to organize a virtual guide to all 35 of his paintings in art museums throughout the world.  Actually, our itinerary will encompass only a few countries in Europe as well as the United States. So unlike many artists, the mileage is relatively low, although at least one transatlantic flight is required.

So I’ll start with Johannes Vermeer’s home country of the Netherlands which holds second place in quantity but not quality.  For the most high profile Vermeers are in Amsterdam and The Hague; ironically Delft, his birthplace and lifelong residence, presently owns no works of its native son.

(Note: I’m providing links to the art collections below plus blogs I’ve written on Vermeer.)

Highlights: The Milkmaid and The Little Street

Vermeer at the Rijksmuseum 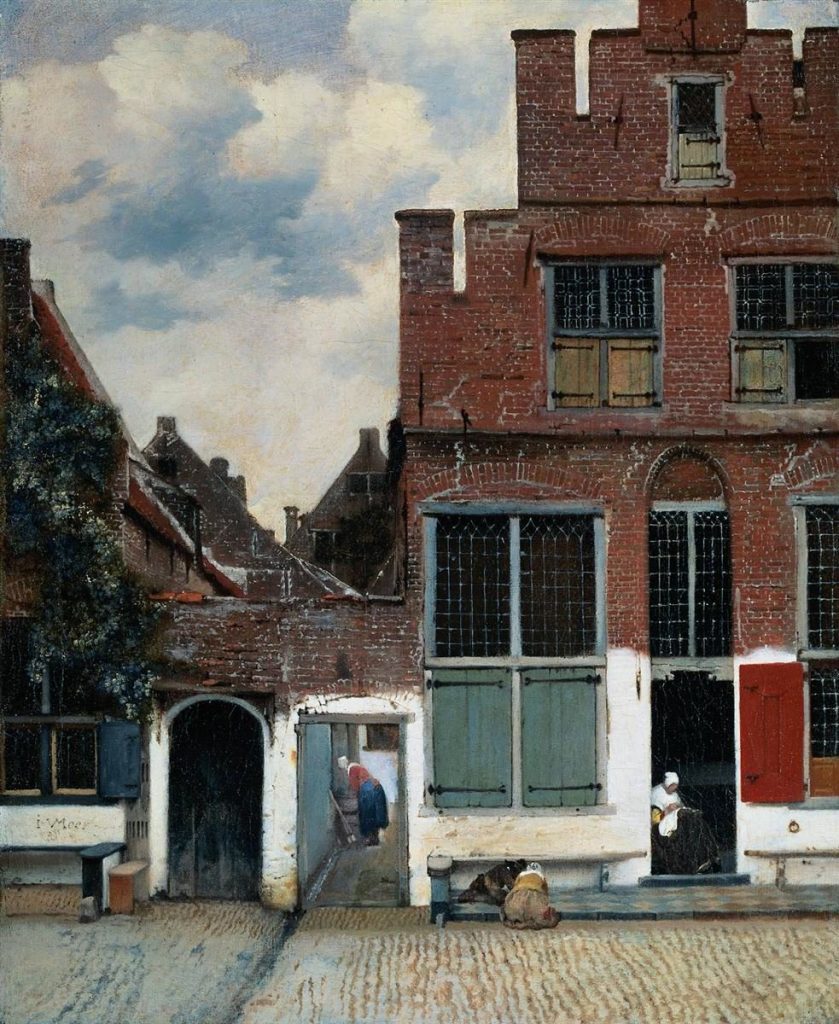 Highlights: Girl with a Pearl Earring and View of Delft. 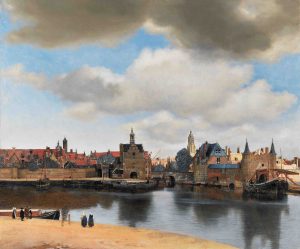 The East coast of the United States tops even the Netherlands with a current total of 12 Vermeers accessible to the public (another work attributed to the painter is in a private collection) in New York and Washington, D.C.  Unfortunately, Boston’s Vermeer has still not been recovered since its theft in 1990.

Highlights: Young Woman with a Water Pitcher and Girl with a Lute

Vermeer at The Metropolitan Museum 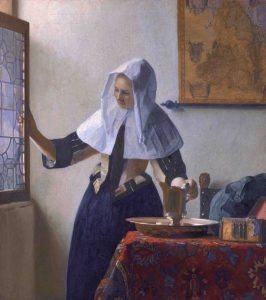 Vermeer at the The Frick Collection 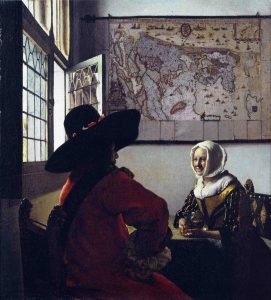 Highlights: Woman Holding a Balance; A Lady Writing a Letter

Vermeer at the National Gallery of Art 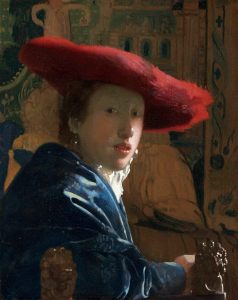 Vermeer’s The Concert has been missing since March 18,1990.

The Concert: The Greatest Art Theft of Our Time 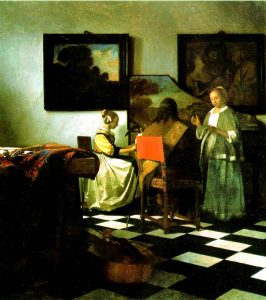 The UK has a quintet of Vermeers, the majority of them in London and surrounding area. While a rare religious work, Christ in the House of Martha and Mary is in Edinburgh at the National Galleries of Scotland.

Vermeer at the National Galleries of Scotland 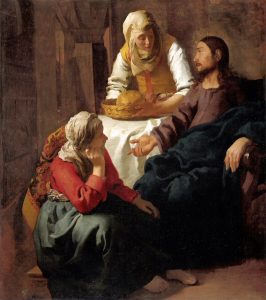 Johanness Vermeer, Christ at the House of Martha and Mary, c. 1655, oil on canvas, National Galleries of Scotland, Edinburgh

Vermeer at the National Gallery

Highlights: Woman with a Guitar

Highlights: A Lady at the Virginal with a Gentleman (The Music Lesson)

This painting, belonging to Queen Elizabeth II, is displayed at such royal locations as Buckingham Palace. 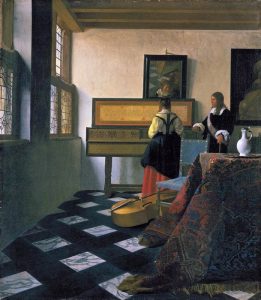 Johannes Vermeer, A Lady at the Virginal with a Gentleman (The Music Lesson), c. 1662-1664, oil on canvas, Her Majesty Queen Elisabeth II

Now at the National Gallery of Ireland, Lady Writing a Letter with Her Maid was stolen twice before its entry into Dublin collection.

Vermeer at National Gallery of Ireland 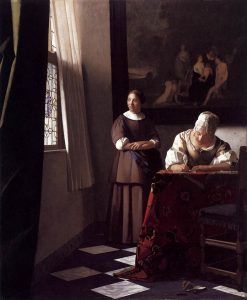 Only two Vermeers are in the  “City of Lights,” both of them at the Louvre.

HIghlights at The Louvre: The Lacemaker and The Astronomer

The Lacemaker at The Louvre 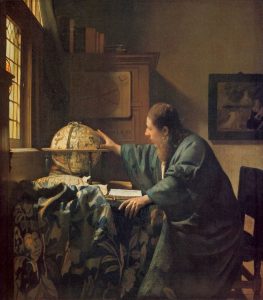 The Art of Painting is often judged by art historians as Vermeer’s greatest artistic achievement.  Adolf Hitler was briefly its owner. 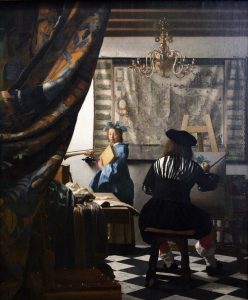 Germany is our last stop with a sizable total of 6 Vermeers.

Highlights: A Girl Reading a Letter at the Open Window  and The Procuress 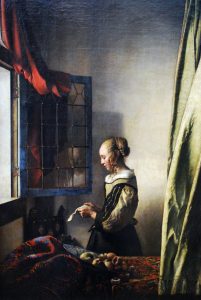 Highlights: Woman with a Pearl Necklace 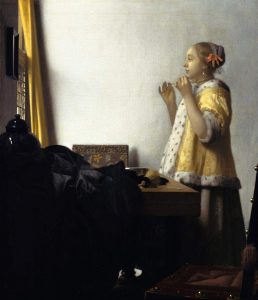 OTHER MUSEUMS IN GERMANY WITH VERMEERS

And visit Vermeer too in the pages of Through an Artist’s Eyes: Learning to Live Creatively.