Would you like to take another Masterpiece Quiz (see: October 13, Portrait of Adele Bloch Bauer by Gustav Klimt)?  Here are a few questions (along with in-depth answers) about Van Gogh’s The Bedroom.

Of Vincent van Gogh’s some 2000 works of art, Starry Night definitely ranks as the most famous painting of his decade long career; the Sunflower series and The Potato Eaters are also at the top of the list. Yet, Vincent’s The Bedroom below, is perhaps his most personal and intimate creative expression.

For he is inviting us into his private space and giving us a detailed tour including the wooden bed, sturdy wicker chairs, and stocky table covered with the utensils of his toilet.  Showing us too the half closed window, black framed mirror, and even a used towel dangling unobtrusively from a hook. But Vincent was perhaps most proud of his own mini-exhibition: a few portraits and probably drawings covering the wall, as well as a landscape displayed over a handmade peg board on which hangs the artist’s modest clothes.

According to Vincent, his goal was to create a suggestion of overall rest or sleep in general. In a word, to look at the picture ought to rest the brain or rather the imagination.*  Do you agree? 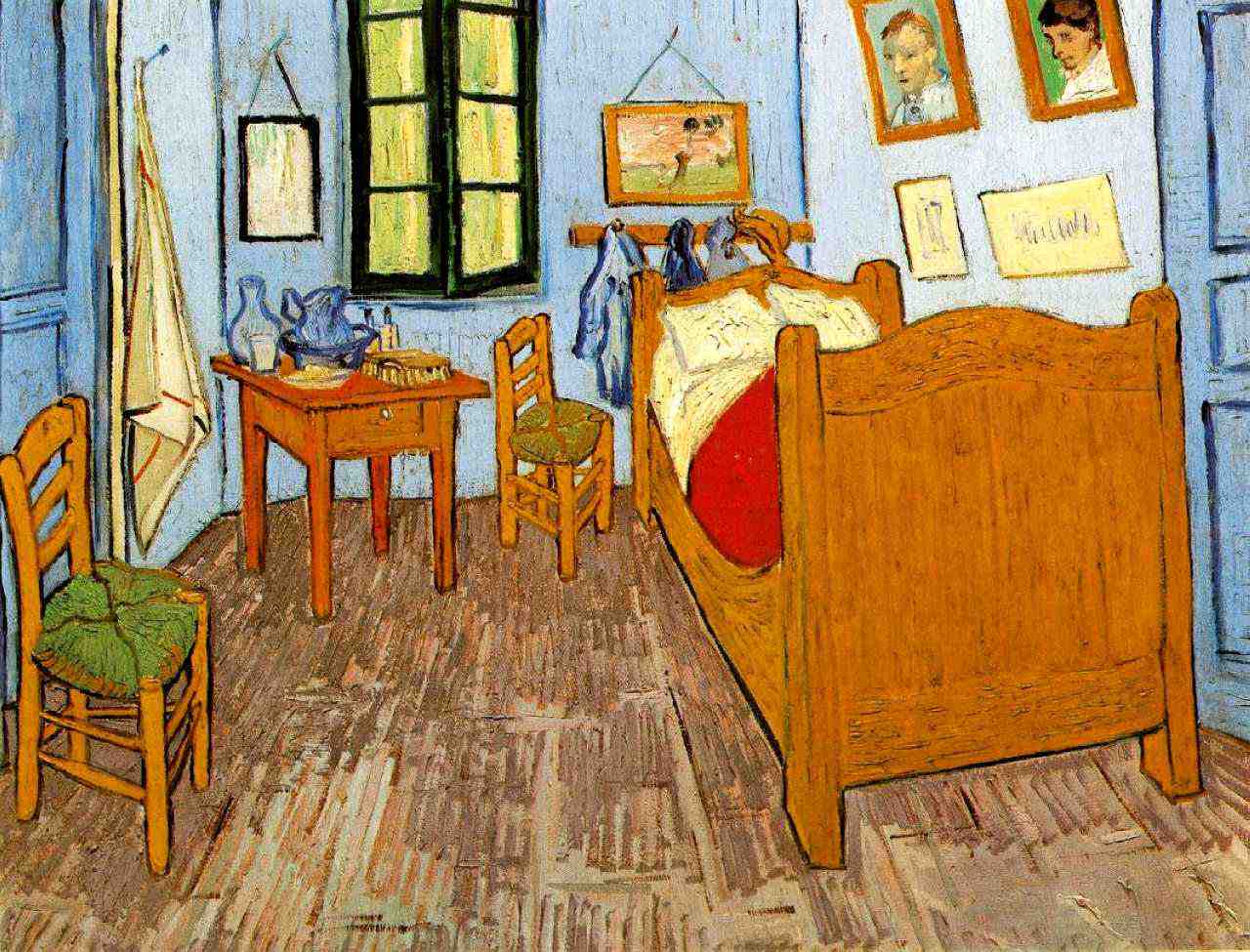 Van Gogh worked and resided in several places, mainly in his native Netherlands, Belgium and France.  In what city was he living when he first created The Bedroom?

While Vincent was completing The Bedroom, he was expecting his fellow artist Paul Gauguin to move in with him soon. Yet, Gauguin seemed to be delaying, preferring to remain in what region or country?

Van Gogh sometimes created what he called repetitions of favorite subjects such as The Bedroom (although differences can be found  in each one). How many versions presently exist?

Vincent eventually decided to devote a separate work to one of the objects or furnishings in The Bedroom which was:

1C.  Arles in southern France.  Vincent had relocated there from Paris in February, 1888.  On May 1, he began renting what he later referred to as the little yellow house with its distinctive green shutters and door.  However, he did not occupy his new home until mid-September, because of the need for repairs.  In late September, he wrote his brother Theo about a canvas he had just painted, that shows the house and its surroundings under a sulfur-yellow sun, under a sky of cobalt blue.*  His bedroom would be located on the second floor, looking out on the street and a park (not in the picture). 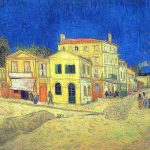 Only weeks before, Vincent created the unforgettable Night Cafe in a building nearby, where a person can ruin himself, go mad, commit crimes.* 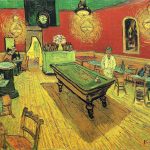 2D.  Brittany, in northern France. Before Gauguin’s arrival in Arles in late October, he and Vincent had been living on opposite sides of the country throughout most of 1888. While Vincent depicted the unique character of the people of Arles as well as its landscape, Gauguin also captured the Bretons in their environment, often utilizing vivid and expressive colors evident in Breton Woman with a Pitcher. 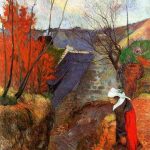 Van Gogh and Gauguin corresponded regularly during this period, even sending each other self portraits, symbols rather than realistic portrayals of themselves.  From Gauguin posing as Jean Valjean, the persecuted fugitive of Les Miserables in Self Portrait Dedicated to Van Gogh below,

to Vincent’s imagining himself as a Buddhist monk in Self Portrait Dedicated to Gauguin. 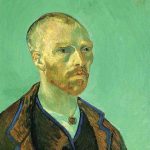 Also in preparation for Gauguin joining him in Arles, Vincent started a series of sunflowers to decorate the little yellow house, including his friend’s room. 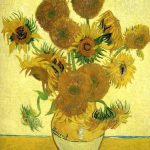 3B. Three paintings (note: Van Gogh also executed two sketches). Today art scholars and experts basically agree on the order or sequence of the paintings, supported by x-radiographs as well as other research methods.  For instance, The Bedroom now in the Van Gogh Museum is generally considered to be first one done. Described by Vincent in a mid-October letter to Theo (quoted in the beginning of the blog), it is a 30 size canvas and has mainly belonged to the Van Gogh family.

Vincent and Theo both thought so highly of this painting, that the artist completed another Bedroom around the beginning of September, 1889, while he was institutionalized in the Saint Paul asylum near Saint-Remy, France.  Presently in the collection of The Art Institute of Chicago (acquired in 1926), this version is the same size as its predecessor. 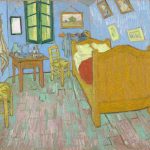 Then, by the end of the month, Vincent produced his last Bedroom.  Smaller in dimensions (a number 20 canvas), he gave the work to his sister Wilemien; it now hangs in the Musee D’Orsay in Paris.

4D. Around the middle of November, a couple of months after Vincent finished the initial Bedroom, he created a painting of one of the dozen chairs he had purchased for the house.  This time, though, it is standing in the kitchen, all yellow on red tiles against a wall (daytime) (quote from letter to Theo, November 19, 1888).  Usually Van Gogh’s Chair, currently at the National Gallery of Art in London, is interpreted as a self portrait, with its modest chair and humble pipe. 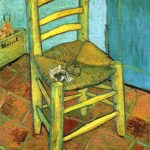 *Quote from letter of Vincent to Theo (September 29, 1888) about The Yellow House

*Quote from letter of Vincent to Theo (September 8, 1888) about The Night Cafe