BE CERTAIN to click on the works of art and photographs to ENLARGE or ENHANCE them.

FROM ANTWERP TO PARIS

Yesterday, for example, I drew a few studies for a thing in which one sees the cathedral.  And similarly I also have a small one of the Park. However, I’d rather paint people’s eyes than cathedrals, for there’s something in the eyes that isn’t in the cathedral—although it’s solemn and although it’s impressive—to my mind the soul of a person, even if it’s a poor tramp or a girl from the street, is more interesting.

Vincent van Gogh (1853-1890) had been in Antwerp for about a month–after leaving his family home in the Netherlands in November, 1885–when he began to work on some townscapes for foreigners who want a souvenir.  Among the popular tourist sites he chose was the celebrated Gothic Cathedral of Our Lady dating from 1352 to 1521.  Only a a sketch remains of Van Gogh’s attempts: the church’s spire, done in the Flamboyant style,  which he drew in considerable detail, capturing its exquisite decoration. 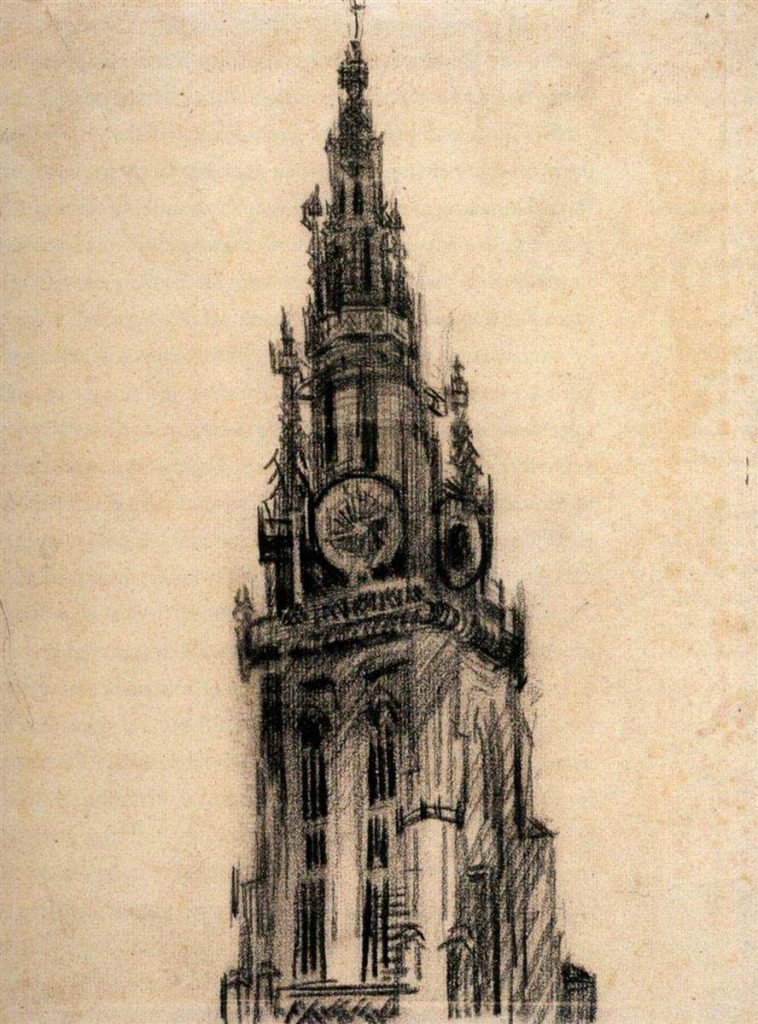 Was Vincent overwhelmed by the vast scale of the Cathedral of Our Lady, still boasting the highest tower in the Low countries in 2015?

His three month stay in Antwerp was ultimately one of the most creatively unproductive periods of Vincent’s career, concentrating instead on his courses at a local art school. Van Gogh also grew increasingly eager to join Theo, who was managing an art gallery in the then avant garde mecca of Paris. 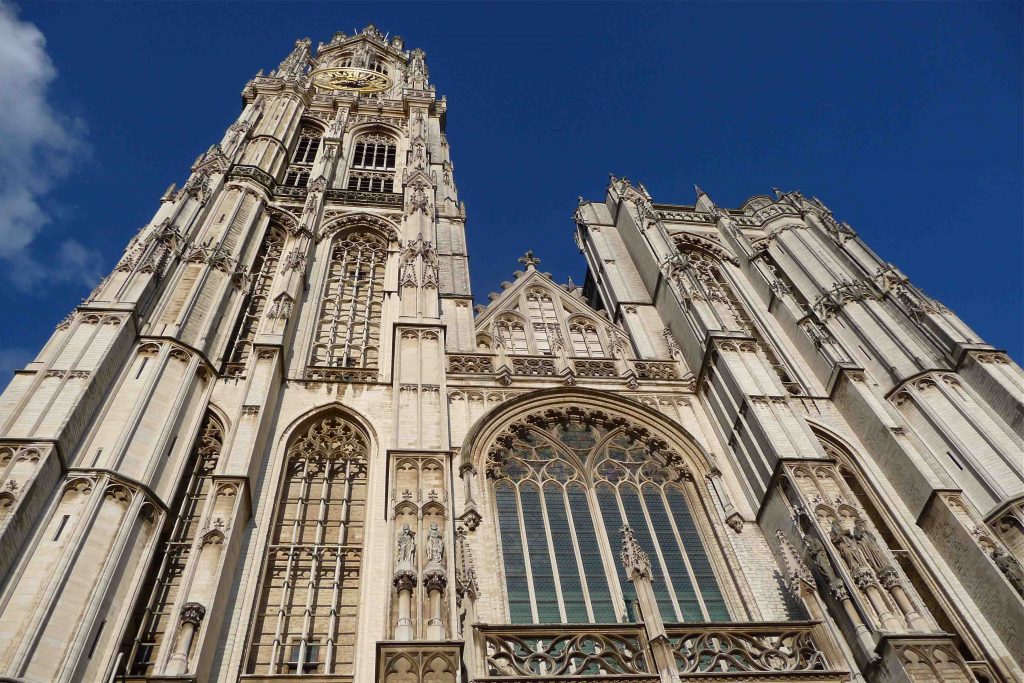 Although the brothers had discussed Vincent’s move in several letters, his arrival around February 28, 1886 was unexpected. In an apologetic note, he wrote in black chalk on a piece of white paper:

Dear Theo, pleasee forgive me for showing up so suddenly.  I have thought about it a great deal and feel that we will save time this way.  Will be in the Louvre from twelve o’clock on, earlier if you like.  Please reply so I know what time you could be in the Salle Carree. As to expenses, I repeat that it comes to the same thing.  I still, of course, have money left and before spending any would like to talk to you.  We’ll work things out, you’ll see.  So come as quickly as you can.  With a handshake.

Since Theo was living in a tiny apartment, too small to accommodate two people as well as a studio for Vincent, they had to quickly relocate to a larger rental in Montmartre, the gathering place for the Impressionists and other groundbreaking artists like Toulouse-Lautrec and Paul Gauguin.  From his room on the heights of Rue Lepic, Vincent had a breathtaking view that included the Cathedral of Notre Dame.

About a decade before, during an earlier sojourn in Paris, Vincent had been enthralled by the cathedral. Notre Dame is absolutely beautiful in the autumn evenings among the chestnut trees he exclaimed to Theo in a letter of October, 1876.

However, in Roofs of Paris and Notre Dame done with charcoal and chalk in 1886, it is barely discernible in the distance.

(Note: the quality of the reproduction is not as clear because the location of the actual work is now unknown.)

And the cathedral is even less significant in an oil canvas of Roofs of Paris, positioned to our left, while the Pantheon occupies the center space. For isn’t it the sky that we notice, animated by the sweeping brushstrokes of Vincent’s emotions? As if he were already seeking an escape, 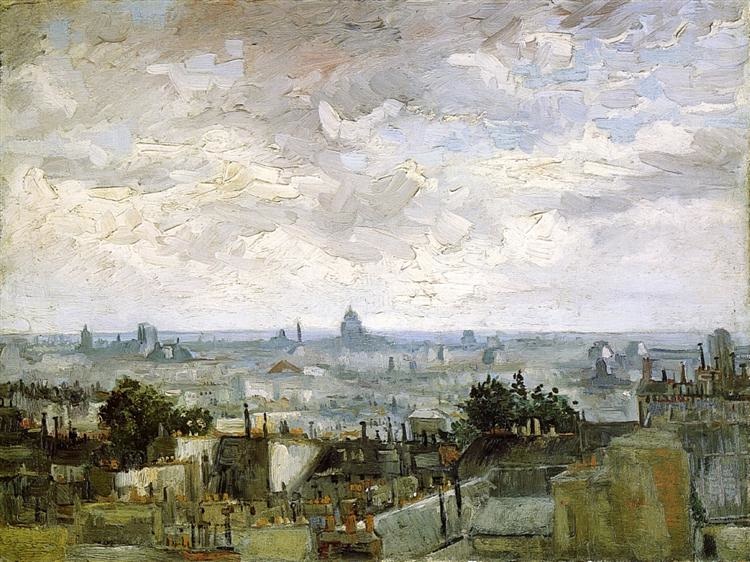 from the congestion of an urban environment. Even more evident in contemporary Paris, where Notre Dame, the pride of the Middle Ages, is engulfed by miles of concrete and polluted air.

Vincent did eventually return to the countryside, away from the massive cathedrals of Antwerp and Paris.  At Auvers-sur-Oise, where he ended his life in 1890, his dynamic rendering of the village church would be his own tribute to the nameless architects and artisans of the Gothic period. Which he described to his sister as a violet blue structure against a sky of deep and simple blue, pure cobalt; the stained-glass windows are like patches of ultramarine; the roof is violet and partly orange.  In the foreground a bit of greenery and flowers and sand with pink sunlight shining on it.* 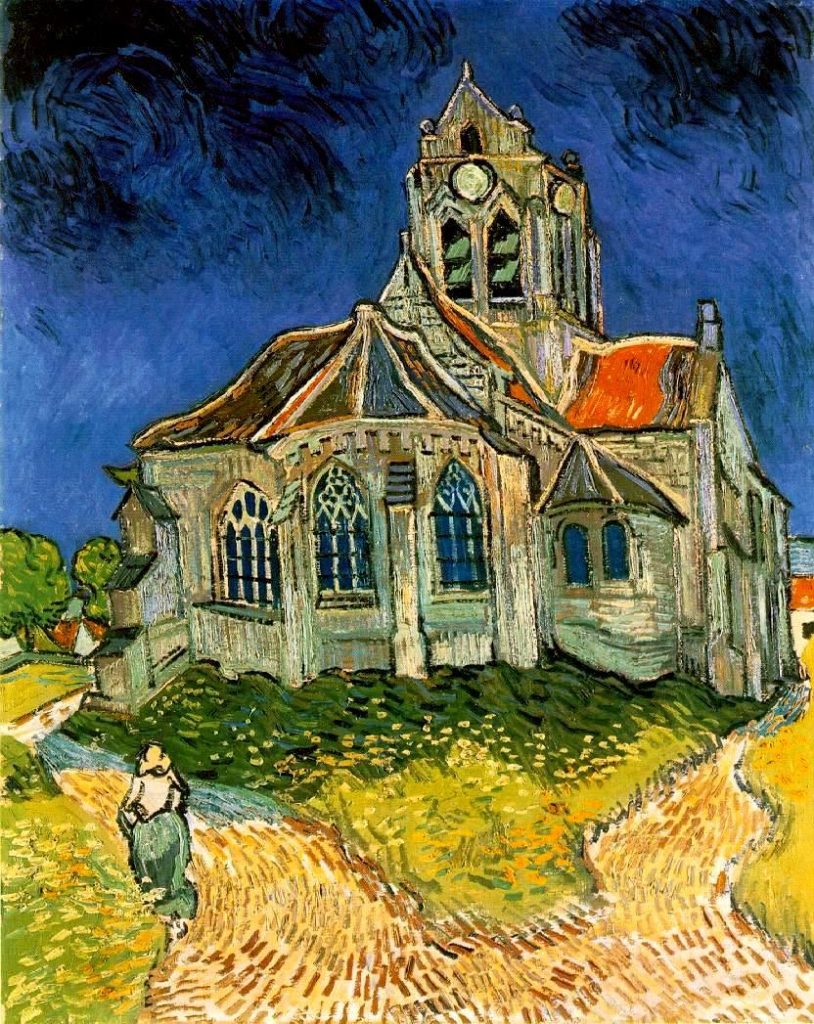 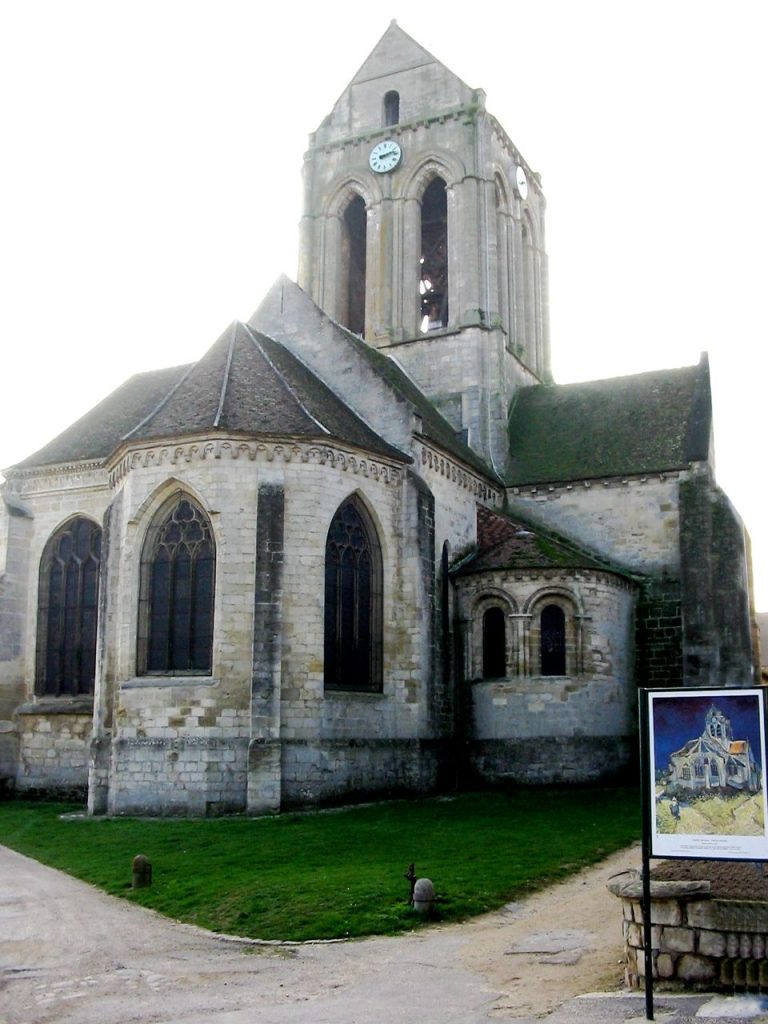 *Excerpt of Vincent’s letter to his sister Willemien, June 3, 1890.