…that heartbroken tenderness, that glimpse of a superhuman infinite which appears so natural then; one encounters it in many places in Shakespeare. 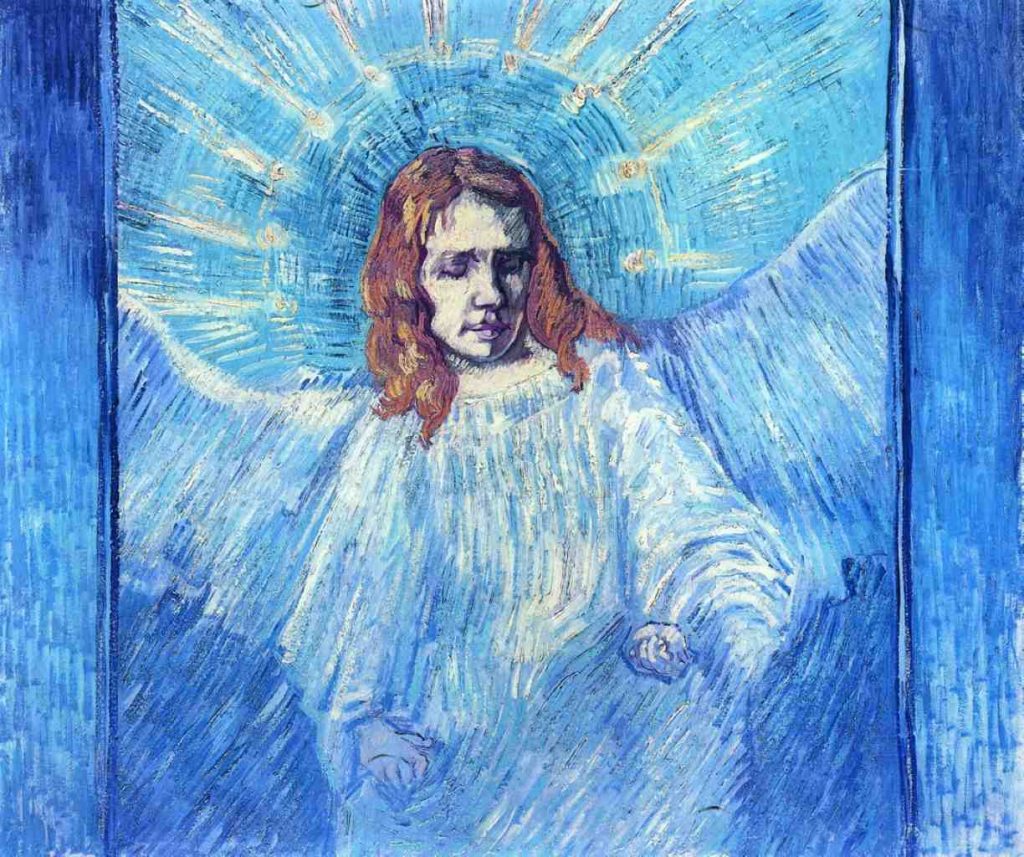 Just a few months after completing his visionary Starry Night, Van Gogh created Half Figure of an Angel (after Rembrandt), one of the rare religious subjects of his career.  Theo van Gogh had recently sent a copy of an etching based on the Dutch master’s portrayal of the Archangel Raphael to his brother Vincent, who was then being treated at the mental asylum of St. Remy in southern France.

The artist was apparently profoundly moved by Theo’s gift, adorning his interpretation of the gentle Raphael in heavenly colors that uplift our spirits. Yet, the painting is now tragically missing.  Did Vincent send it to Theo, as he usually did with most of his canvases and drawings?  Or had he left it behind after he was discharged from the hospital, lost somewhere in the corner of his room or the adjacent cell he had turned into a personal studio?  Or did he give it to a member of the staff?

And discover how Van Gogh can enhance your daily life in Through an Artist’s Eyes: Learning to Live Creatively.