I have been terribly busy this week, because apart from the painting class I also go in the evening to draw, and after that, from nine-thirty to eleven-thirty, I go to work from the model in a club.  For I have even joined two of these clubs. 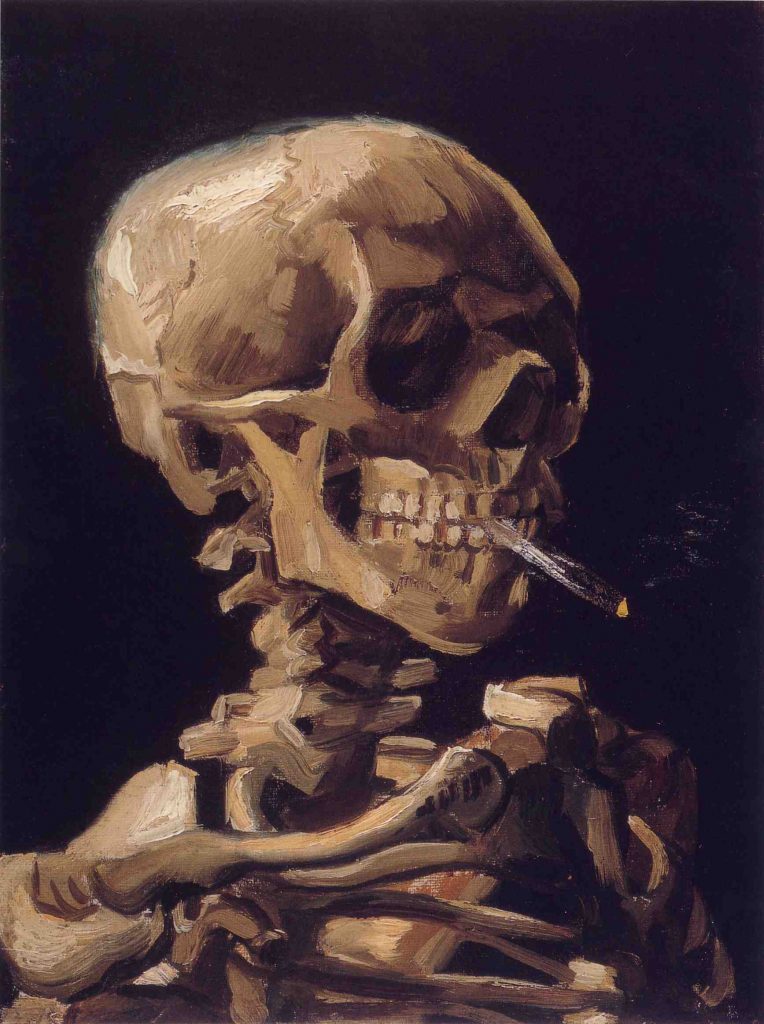 Vincent van Gogh, Skull with a Burning Cigarette Between the Teeth, 1886, oil on canvas, Van Gogh Museum, Amsterdam, the Netherlands

At first glance, Van Gogh’s Skull with a Burning Cigarette Between the Teeth may be rather unsettling and not exactly the type of painting we generally associates with the popular artist. Yet, Vincent probably created it as a joke, a symbol of the tediousness of his art class in anatomy. For he spent long hours copying human skeletons and plaster casts while living in Antwerp  in late 1885 and early 1886. Soon, though, Vincent would depart for Paris where his work would be transformed by the then revolutionary Impressionists and other innovators such as Toulouse-Lautrec and Gauguin.

You can find the Skull above, along with some other unusual subjects (including a flying fox) by Vincent, in the Van Gogh Museum. Just click: