Click on the paintings to enlarge or enhance them. 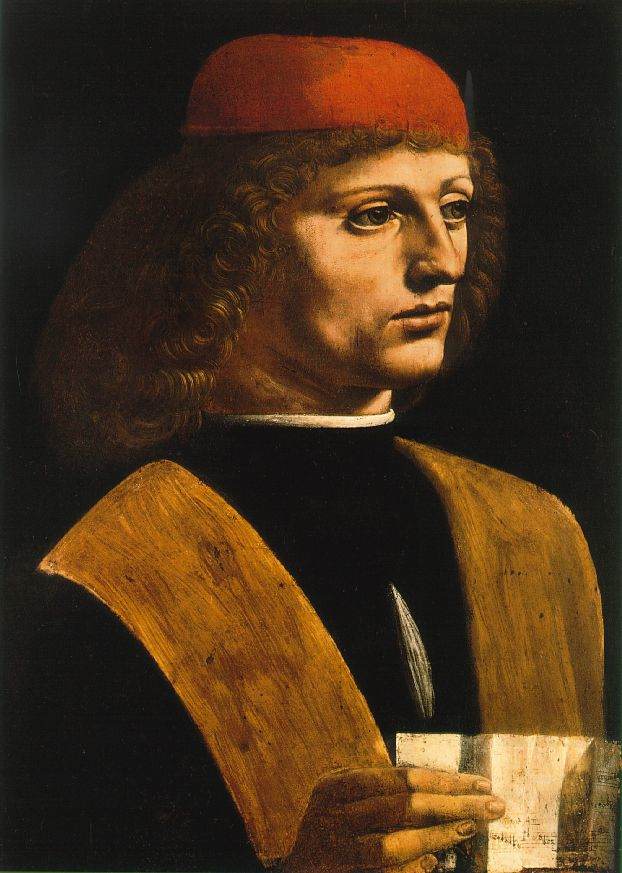 A combination of library and gallery located in historic city of Milan, where Leonardo spent more than 20 years of his career. Founded by Cardinal Federico Borromeo in 1609 to house his own extensive collection of manuscripts and art works; one of first public libraries in Europe.

In 1637, Da Vinci’s Codex Atlanticus (Atlantic) donated to the library. A major compilation of the artist’s writings with drawings reflecting his vast knowledge including  art, mechanics, mathematics, philosophy, botany, and inventions. Excerpts  of 1,119 sheet, 12 part document presently on display in the library’s impressive reading room.

The art gallery was added in 1618.  Among its holdings are Portrait of a Musician, attributed to Da Vinci, Caravaggio’s Basket of Fruit, and the cartoon or preliminary study for Raphael’s School of Athens. Lombard painters, from the Renaissance to the present, are displayed such as Portrait of a Woman below, at one time considered a Leonardo, now probably by Ambrogio de’ Predis (1455-1508), who collaborated with the artist on Madonna of the Rocks (which was done in Milan). 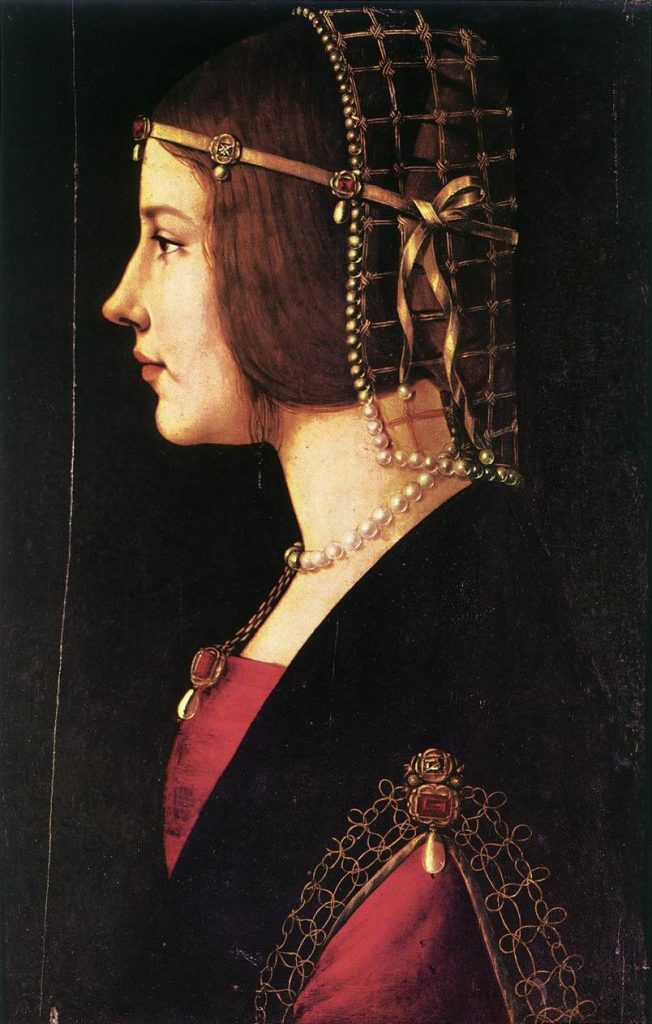 Click on the following link for an introduction to the gallery and library:

The House of Leonardo in Milan

(Be sure to take a look at the photo gallery)

To discover more about Leonardo, see the exhibition at London’s National Gallery of Art:

The sources for this blog are from Leonardo da Vinci by Jack Wasserman, Harry N. Abrams, Inc., New York, 1984 and the website of the Biblioteca and Pinacoteca Ambrosiana.