THE ART OF THE IMPOSSIBLE DREAM

THE RETURN OF DON QUIXOTE 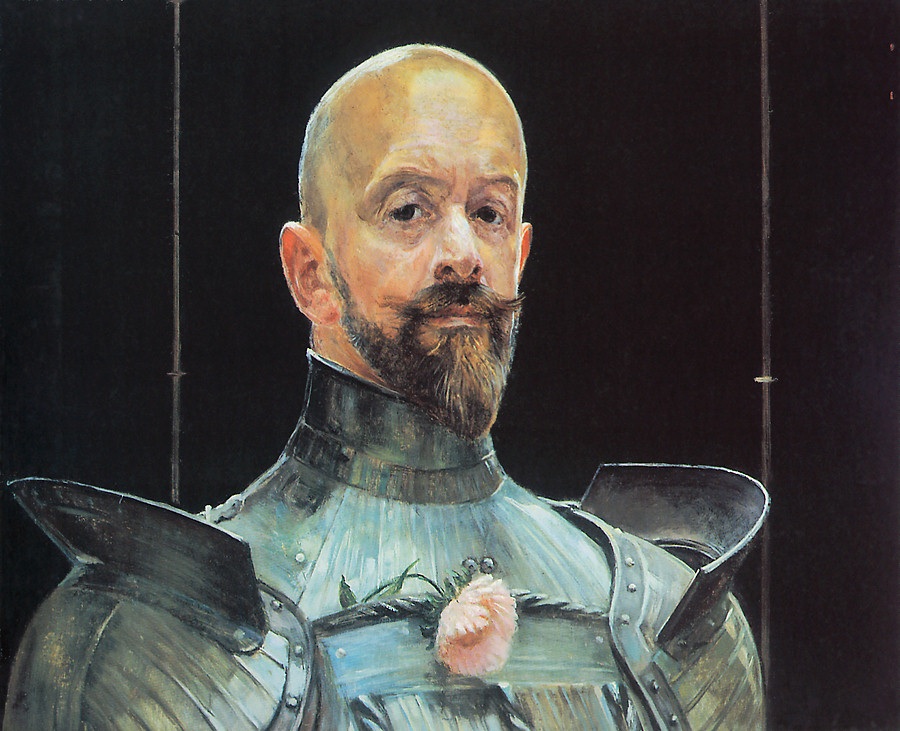 Does each one of us have a dream impossible to attain? Like Don Quixote, pursuing that hopeless cause never to be fulfilled? Jacek Malczewski (1854-1929), considered one of Poland’s greatest artists and patriots, likely identified with Cervantes’ hero in Self Portrait with Armor. Done in 1914 while his country was ruled by the repressive Russian empire, Malczewski might be expressing his feelings of futility by assuming the guise of the luckless knight.  Following in the footsteps of Rembrandt and Van Gogh, he also created an extensive autobiography in paint utilizing a bold, realistic style that still resonates in the 21st century.

This work of art is in the U.S. public domain.

Fulfill yourself through the world of art with Through an Artist’s Eyes: Learning to Live Creatively!