Essentially, the tragedy of Nicholas II was that he appeared in the wrong place in history. Equipped by education to rule in the nineteenth century, equipped by temperament to reign in England, he lived and reigned in Russia in the twentieth century. There, the world he understood was breaking up around him.  Events were moving too swiftly, ideas were changing too radically.  In the gigantic storm which swept over Russia, he and all he loved were carried away.  To the end, he did his best, and for his wife and family that was a very great deal.  For Russia, it was not enough. 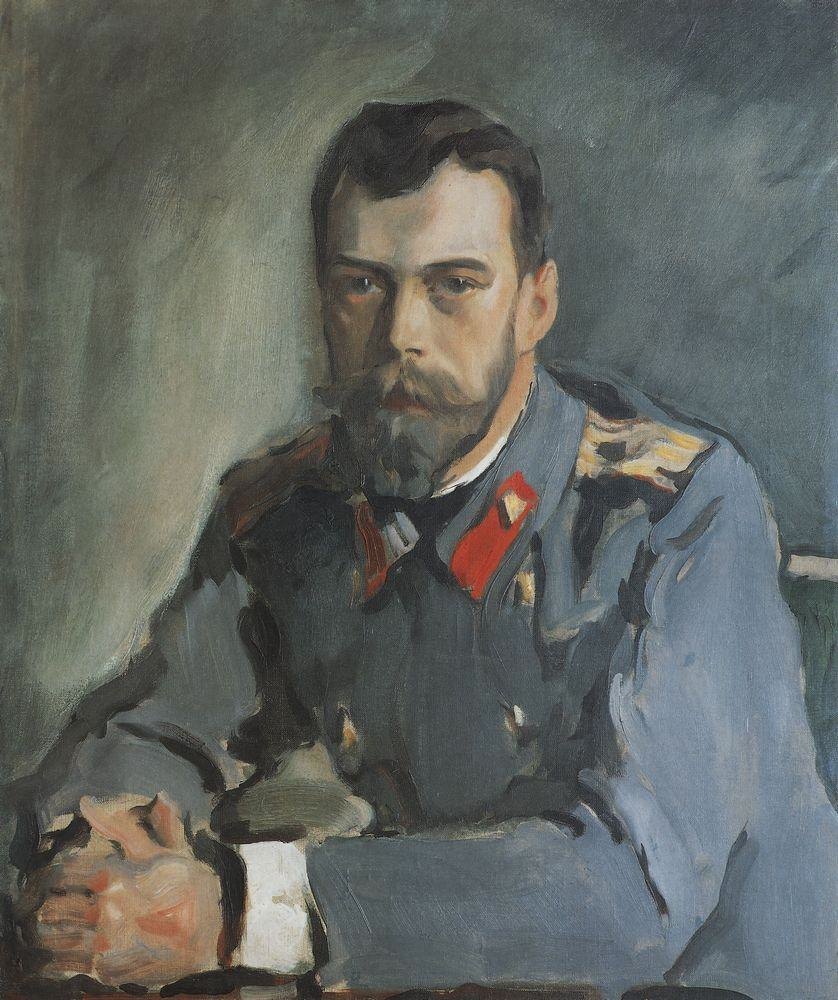 Unlike the majority of official portraits of Czar Nicholas II, Valentin Serov’s interpretation offers us a personal and close-up perspective of the monarch. Serov (1865-1911) was recognized for insightful depictions of his contemporaries, from the Imperial family to artists such as playwright Anton Chekov and composer Rimsky Korsakov.

Robert K. Massie (1929-2019) achieved international fame with the publication of his best-selling Nicholas and Alexandra in 1971.  At the core of the book is the couple’s tragic struggle to deal with the hemophilia of their son Czarevich Alexis, told with sympathy and understanding by Massie, whose own child suffered from the disease.