This blog was published on October 17, 2012.  I’m posting it again for my class tomorrow.

Monet was raised in the Normandy region of France where he developed a life long passion for the sea, recreating its power and drama from the initial days of his career.

However, in the beginning of the 1880s, Monet had been mainly absent from his early source of inspiration for almost a decade.  He would return, though, to the Normandy shore, first journeying to Les Petites-Dalles, then Fecamp, and by February, 1882, to the towering cliffs of Pourville, near Dieppe.  In a letter to his companion Alice, he described his excellent location on the ocean.

“One could not be any closer to the sea than I am on the pebbled beach itself and the waves beat at the foot of the house.” 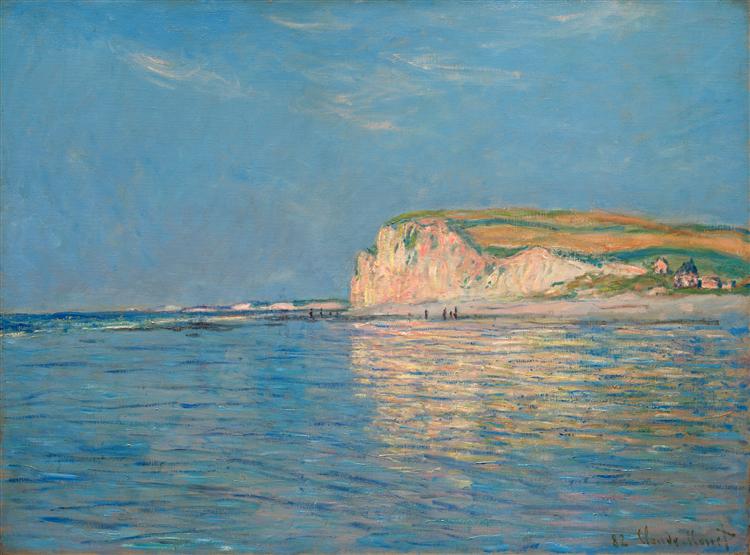 Monet was drawn too to neighboring Varengeville and its Romanesque church, Saint-Valery, still a part of the landscape today. The question is where did the artist place his easel to capture this incredible view?  A few years later, Monet would almost drown while working on a canvas near the town of Etretat, another favorite Normandy site. 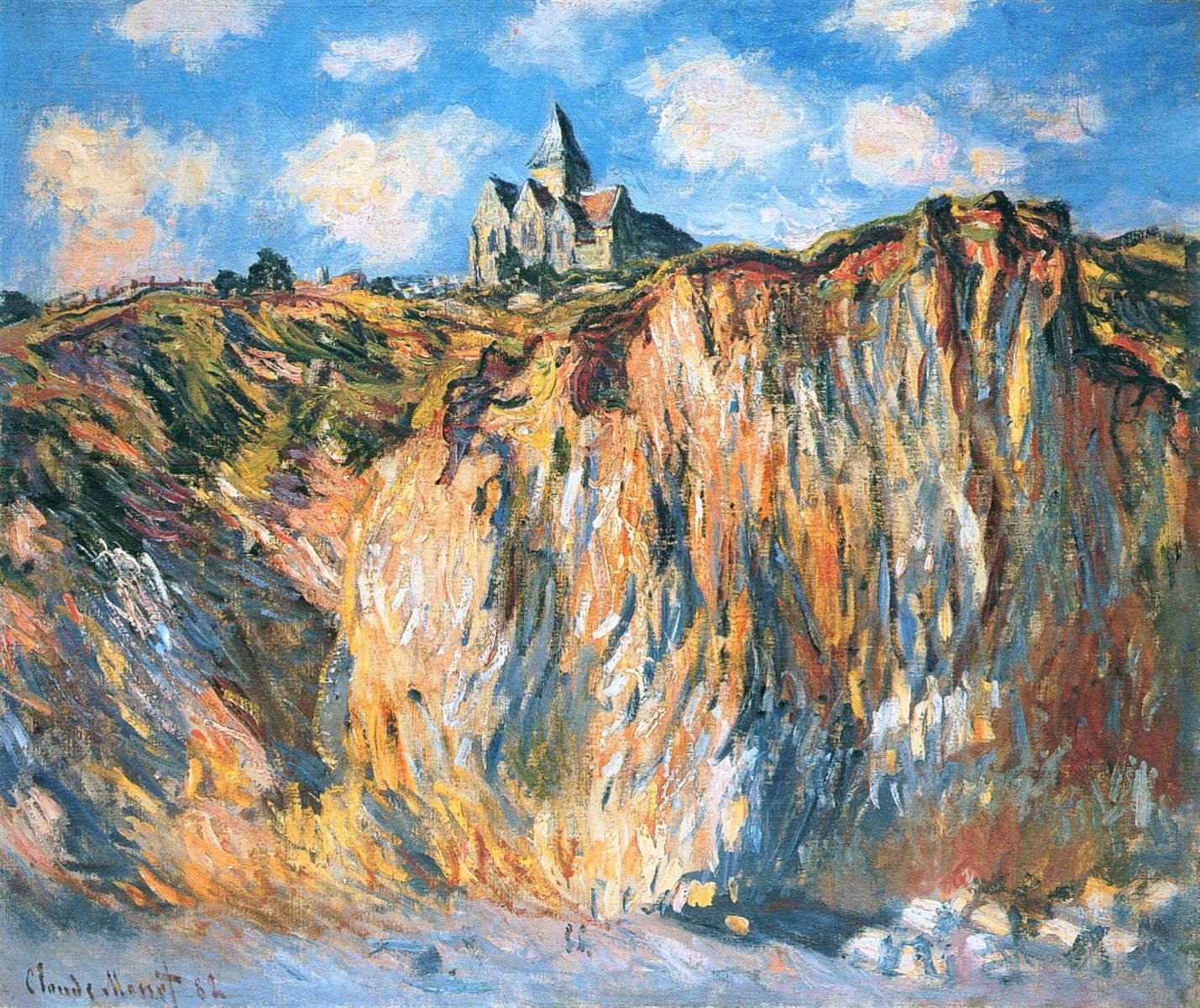 In this next interpretation of the church, Monet is has hopefully positioned himself in a safer spot.  Or has he? 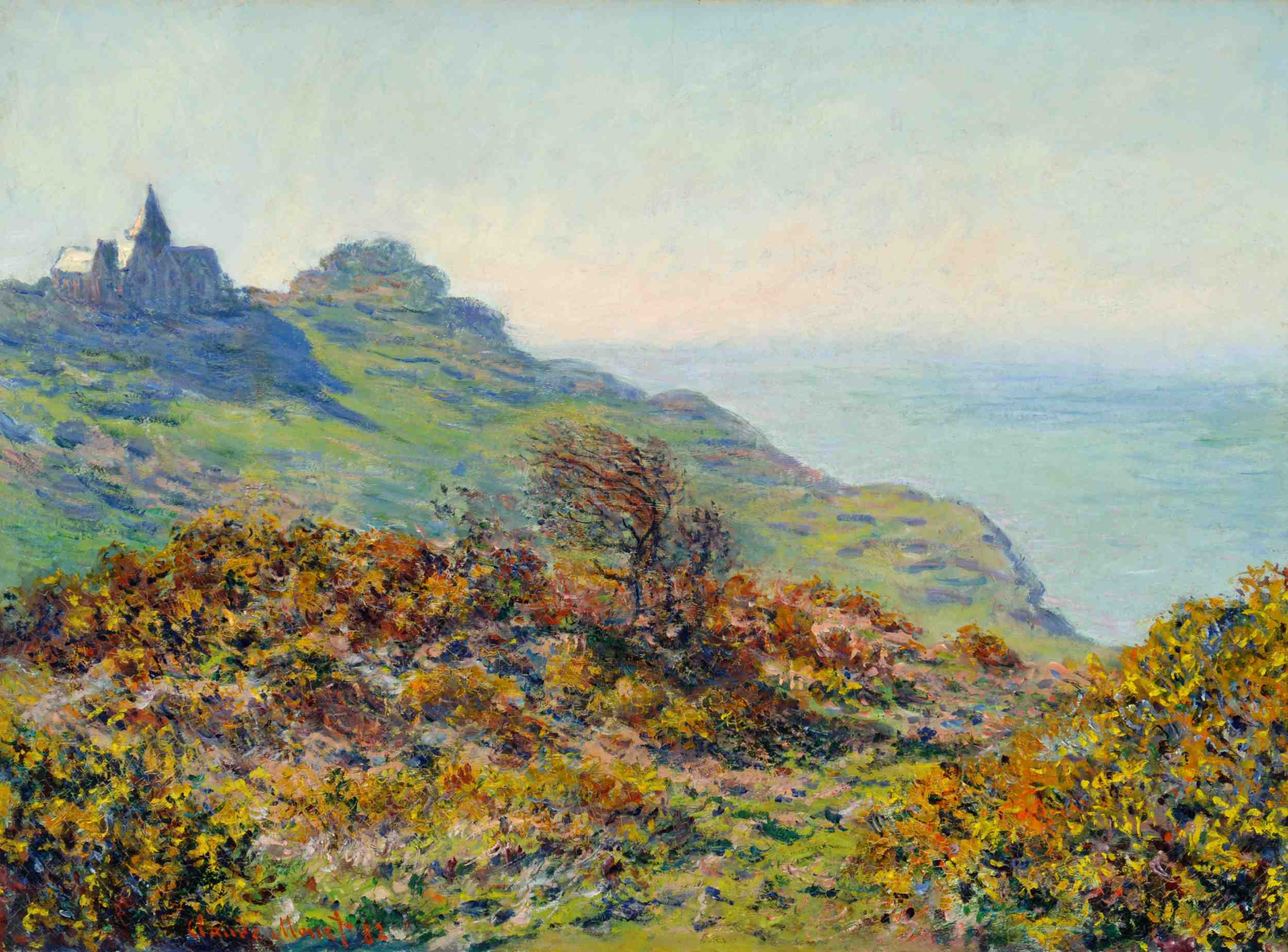 Claude Monet, The Church at Varengeville and the Gorge des Moutiers, 1882, oil on canvas, Columbus Museum of Art, Columbus, Ohio

Monet continued producing his high risk perspectives in The Fisherman’s Hut at Varengeville, a subject he repeated in other paintings. 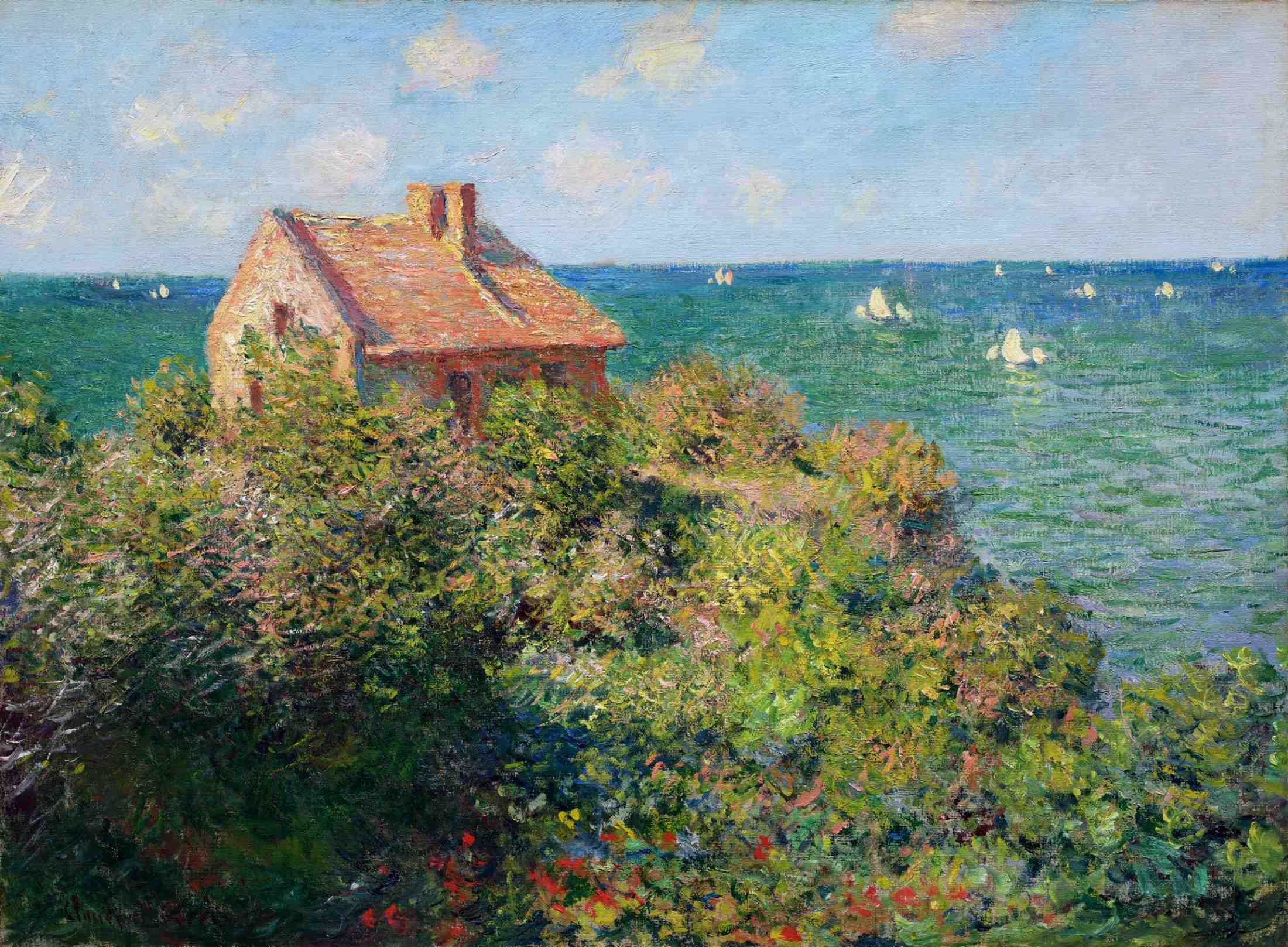 Monet was so enthusiastic about Pourville and Varengeville that he wrote to Alice, “What happiness it will be for me to show you all the delicious nooks and crannies here.” For Monet, after leaving Normandy in the spring, would return with Alice and their combined family of eight children the following summer.  The result is one of Monet’s most popular seascapes (and mine), The Cliff Walk, Pourville, perhaps an expression of both Claude’s enduring love for Alice and the sea.* 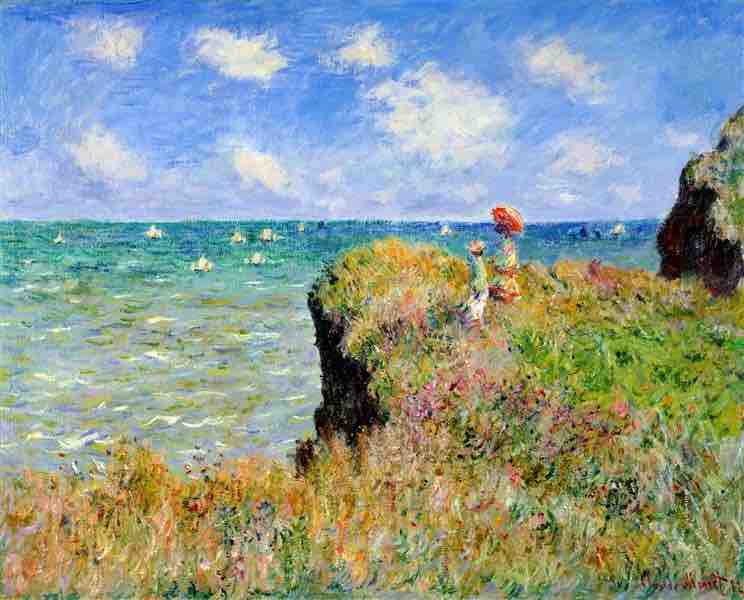 *The woman with the orange parasol has sometimes been identified as Alice.

Let the great works of art be your guide by discovering Through an Artist’s Eyes: Learning to Live Creatively.

French Impressionism, Normandy in art, the sea in art