Click on the works of art to ENLARGE or ENHANCE them.

The Moulin de la Galette, also located in the heart of Montmartre, was another favorite subject of Toulouse-Lautrec.   It was once a windmill, dating back to the Middle Ages, that was converted into a dance hall in the nineteenth century, where it is said customers were originally offered tasty small cakes or galettes for refreshment.

However, Renoir preceded the younger Lautrec in his own interpretation of the local entertainment spot by more than a decade in 1876.  Today, his Le Moulin de la Galette is considered one of the Impressionist artist’s most famous works of art, representing a lively, spirited crowd of Parisians enjoying themselves. 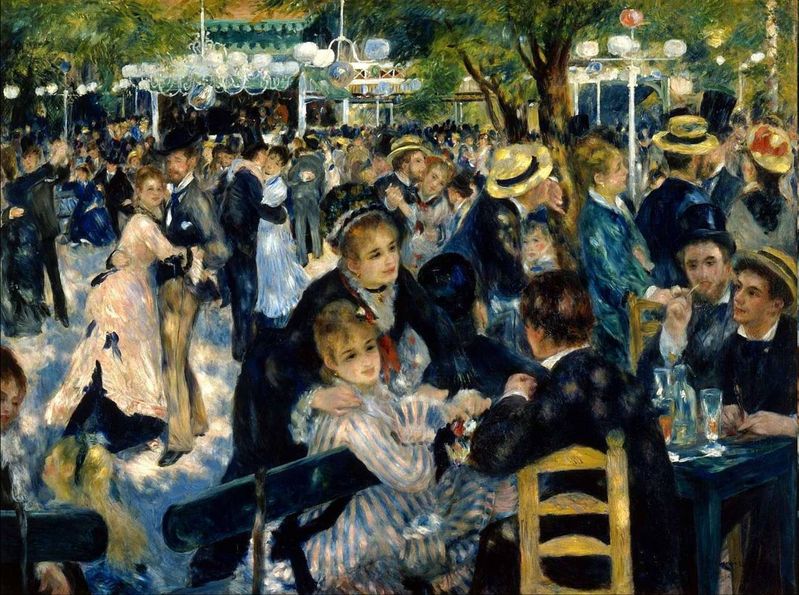 Yet, is Latrec’s At the Moulin de la Galette of 1889 the same place?  Has the clientele changed, along with the surroundings?  Or is it mainly the personal view of Laturec or the world as seen through an artist’s eyes? 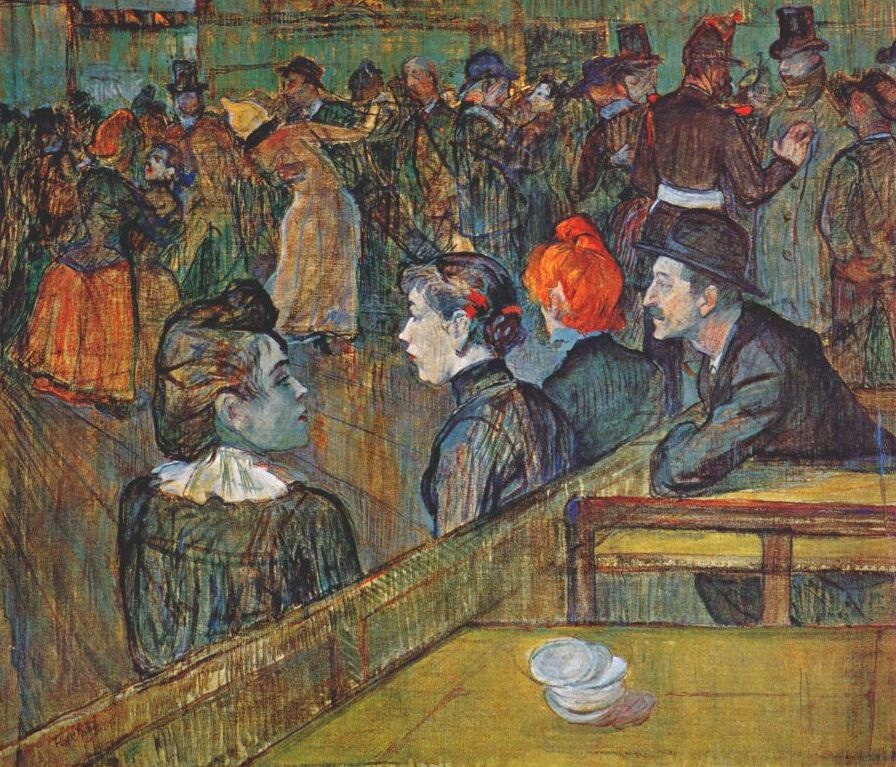 Finally, how would you describe Pablo Picasso’s version of the Moulin de la Galette done almost a dozen years later in 1900?  Picasso was barely 19 when he entered its premises during his first trip to Paris.  Do you think he stayed very long in this less than inviting environment? 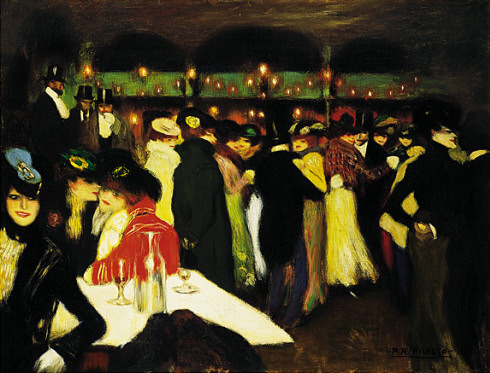 If you haven’t visited them yet, click on our blogs,

And go inside the world of art with Through an Artist’s Eyes: Learning to Live Creatively!