A PREVIEW OF TOP ART EXHIBITIONS OF 2015, II

2015 is the year of the elder artists—the trio of Rembrandt, Turner, and Hokusai—who created what are often viewed as their greatest masterpieces in their later years. Visions that attain a new dimension and depth beyond their previous body of works—the result of not only an accumulation of experience and skill, but a deepening of the spirit as they approached the closing of their lives. (See: Monday’s blog for part I.)

THE GREAT WAVE IS COMING 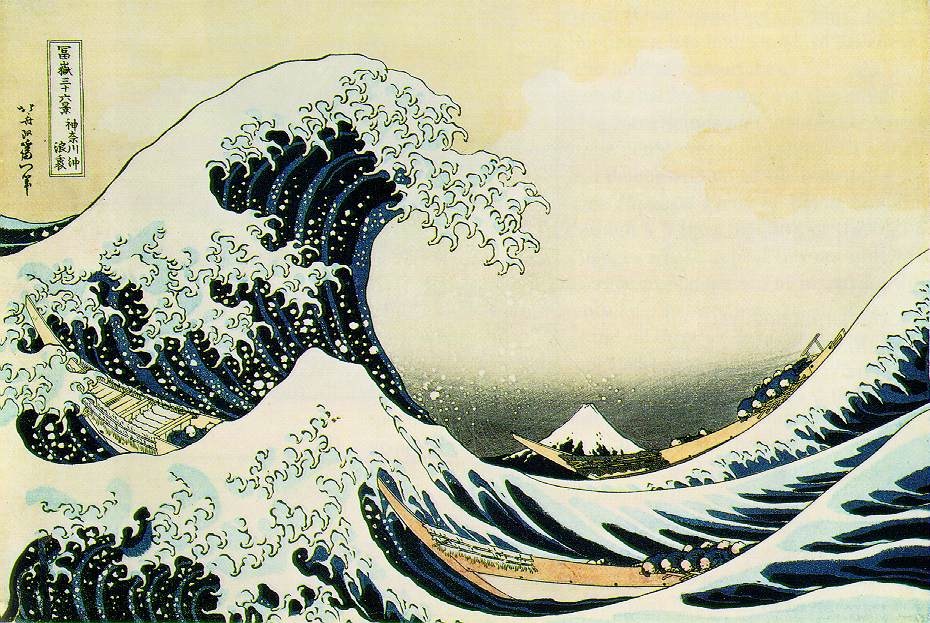 At 73, I began to grasp the structures of birds and beasts, insects and fish, and of the way plants grow.  If I go on trying, I will surely understand them still better when I am 86, so that by 90 I will have penetrated to their essential nature.

Hokusai was not quite 70 when he composed his famous The Great Wave Off Kanagawa or The Great Wave which might be  intimidating for even the  bravest surfer–dwarfing even Japan’s tallest mountain seen in the background.  Part of his 36 Views of Mount Fuji,  it will be shown, along  with rest of the series in Hokusai at the Museum of Fine Arts in Boston from April 5 to August 9. A retrospective of one of Japan’s outstanding artists, featuring the museum’s leading collection of his woodblock prints, paintings, and illustrated books. 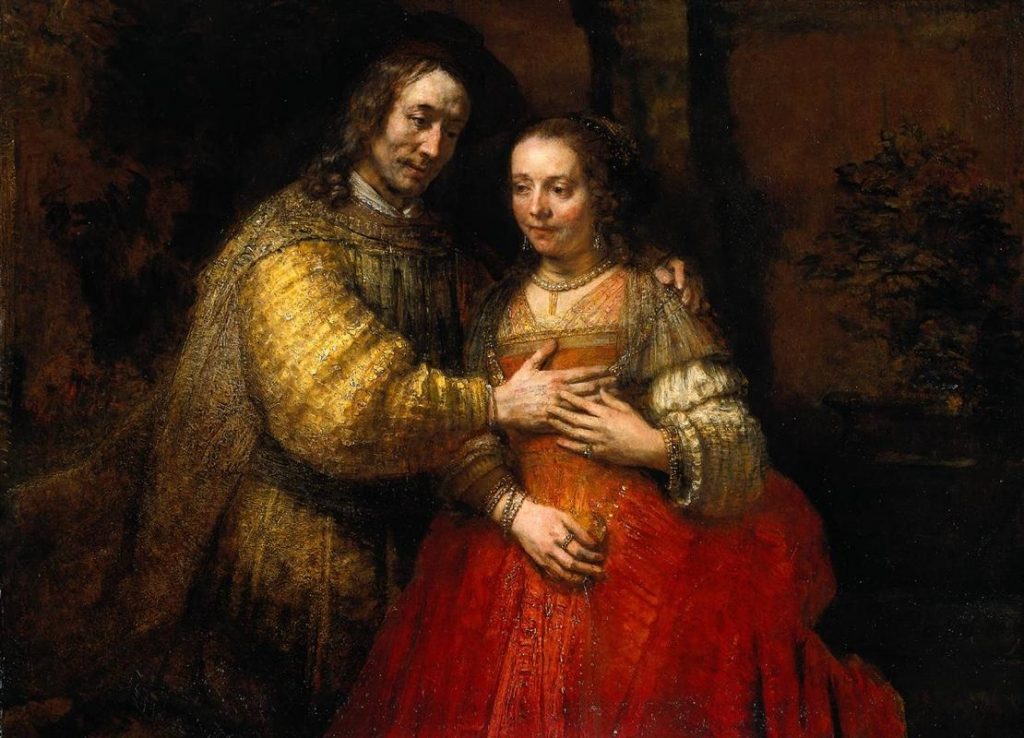 Was Rembrandt recalling his past loves when he portrayed Issac and Rebecca (also known as The Jewish Bride)? Perhaps his wife Saskia or mistress Hendrickje or even Geertje Dircx, who sued him for breach of promise? Its exact date is unknown, estimated as early as 1665 or as late as 1669, the year he died. Faithfulness is its hallmark, apparent in the tenderness of the couple’s expressions and gestures, culminating in the joining of their hands.  Glowing colors, warm yellow and red, radiate with a burning light as if the subjects were posing by a fireplace.  Can you see the thickness of the brushstrokes, the building up of sculpted pigment, in the clothes and flesh tones?

If only Rembrandt: The Late Works could travel to every major city. Currently at the National Gallery in London, it opens February 12 at the Rijksmuseum in Amsterdam. Milestones in the history of Western art will be on display such as The Syndics, Jacob Blessing the Sons of Joseph, scenes of the Passion etchings, as well as several self-portraits by the artist who truly painted with his soul.

GENIUS OF SEA AND LAND

THROUGH THE EYES OF MR. TURNER

Storms at sea, misty Venetian lagoons, Alpine peaks, and the fiery destruction of London’s Parliament  are certainly worth the price of a ticket to Late Turner: Painting Set Free, now at London’s Tate Britain and then the Getty Museum (February 24- May 24) in Los Angeles.  Above all, the sixty something J.M.W. Turner (1775-1851) was a genius of light: whirling vortexes of wind with rain, spectacular sunrises and sunsets, or the torchlight illumination of Peace: Burial at Sea above. Coinciding with the current show is the release of the film Mr. Turner, the critically acclaimed biography, which could be nominated for an Oscar and other prizes in the next months.

A POTPOURRI OF EXHIBTIONS

WYETH: ANDREW AND JAMIE IN THE STUDIO