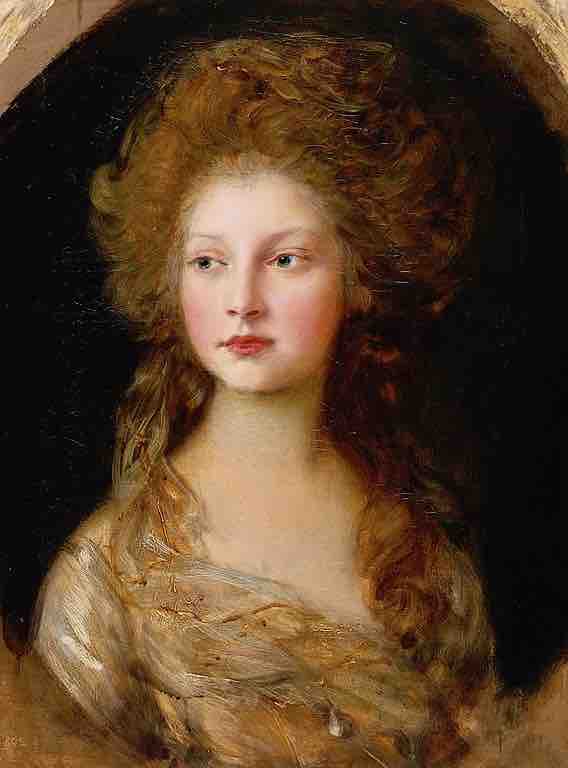 Often portraits are timeless—the sitters may be separated by centuries, yet they are connected by their humanity—and in these two cases, an enduring beauty.  Both works of art are created by British artists, renowned for their skill as portraitists.

Thomas Gainsborough (1727-1788), for instance, is considered one of the major painters of portraiture  in the 18th century, his subjects including members of royalty like Princess Elizabeth (1770-1840), the daughter of King George III and Queen Charlotte. In the twentieth century, George Spencer Watson (1869-1934) was commissioned to depict socialites like Barbara “Baba” Beaton (1912-1973), who was also the sister of photographer, painter, and designer Cecil Beaton (1904-1980), Oscar winner for the costumes featured in My Fair Lady.