THE SWEET SADNESS OF 16

Actress Ellen Terry was only 16 and a new bride when she posed for British photographer Julia Margaret Cameron. Her marriage to 46 year old artist George Frederic Watts lasted a mere 10 months.  However during this short period, her delicate loveliness combined with her sense of drama were immortalized by Cameron in the wistful Sadness below. 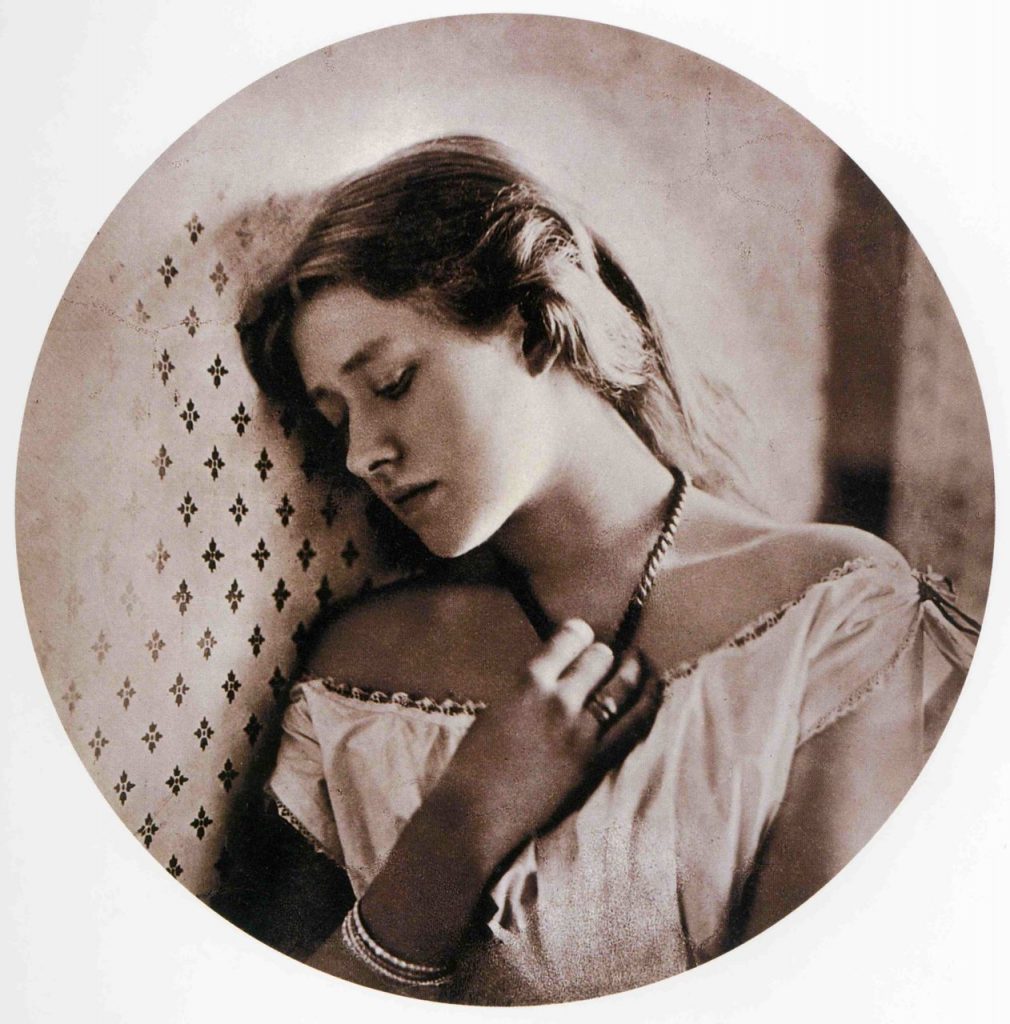 Juliet Margaret Cameron (1815-1879) was already 48 when she began to express herself creatively through the emerging medium of photography.  Similar to John William Waterhouse and John Collier (see Monday and Tuesday blogs), she often depicted Pre-Raphaelite themes, from the adventures of King Arthur to Shakespeare’s plays to the pages of the Bible.