By Joan Hart on November 5, 2021 in Art Happenings 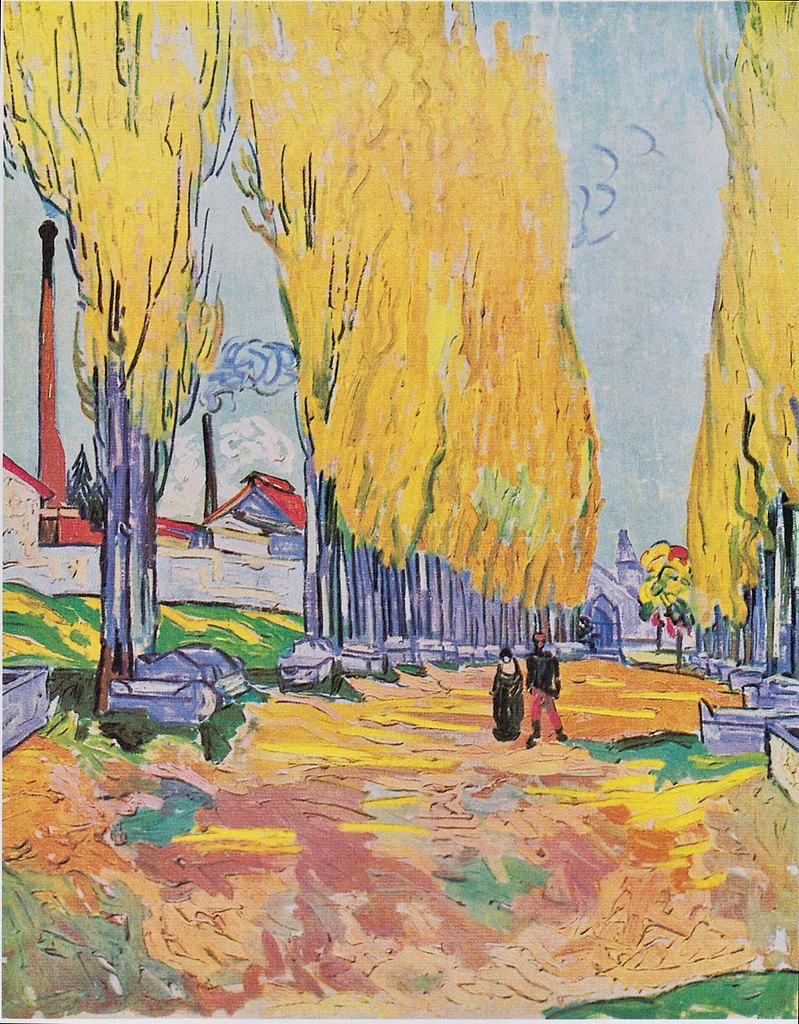 As long as autumn lasts, I won’t have enough hands, canvas or colors to paint the beautiful things I see.

About a month later, Vincent van Gogh (1853-1890) along with his friend and colleague Paul Gauguin (1848-1903), immortalized an area known as Les Alyscamps (Elysian Fields), the site of an ancient Roman cemetery in Arles in the south of France. 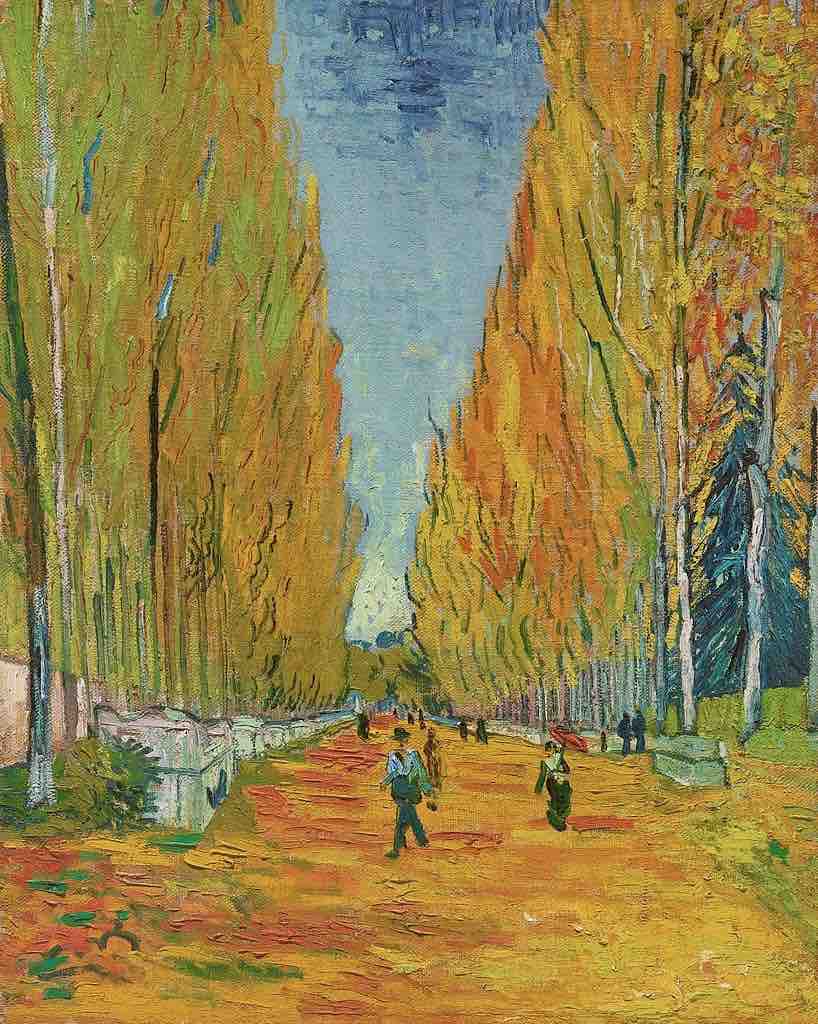