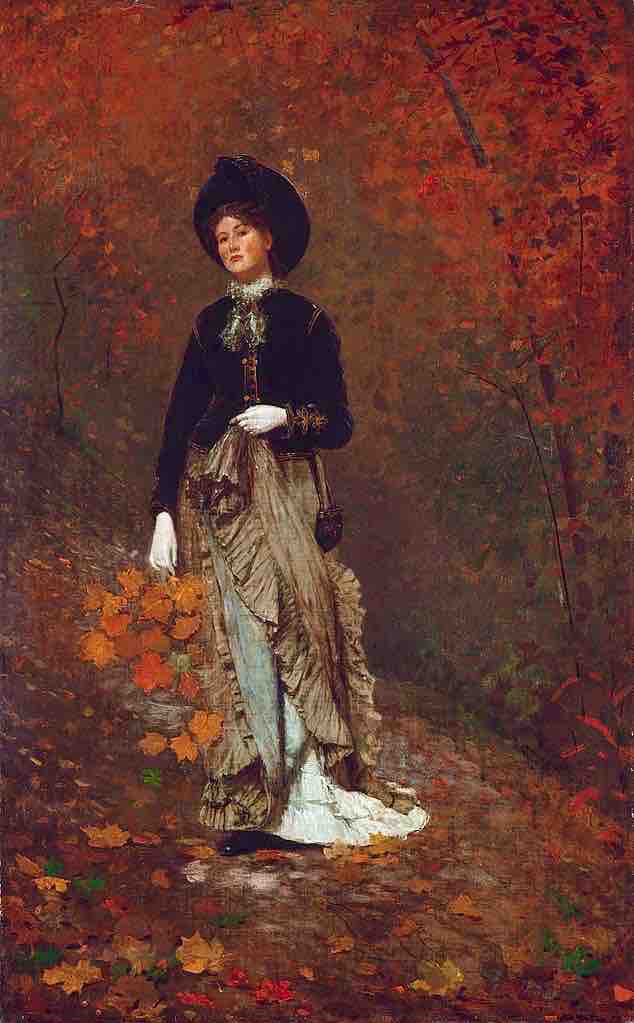 Although American icon Winslow Homer (1836-1910) is often identified with his dramatic seascapes, he also was inspired by the interior of the country.  In Autumn, Homer takes us on a pathway in the woods, already transformed by multi-colors of the season.  However, who is the elegantly dressed woman holding the equivalent of a bouquet of leaves?  One of the fashionable female models central to his work in the 1870s when this painting was done.