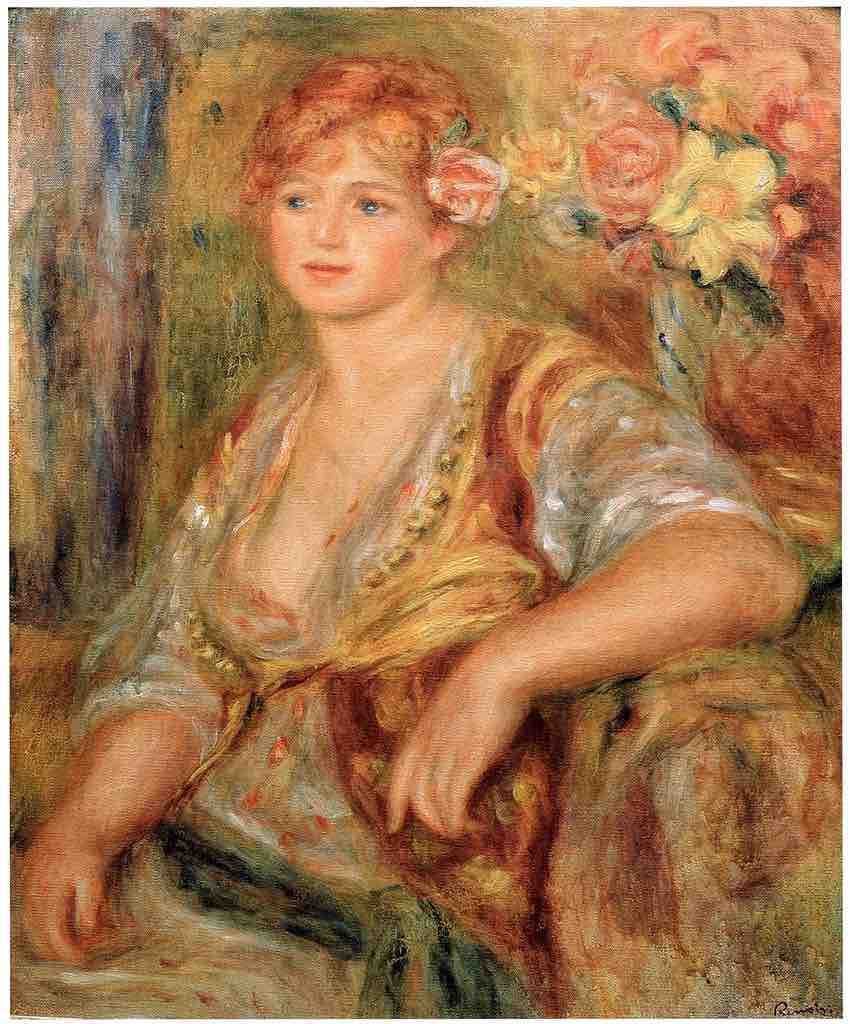 Blond Girl with a Rose was done almost 40 years after Reflection featured in today’s other blog. We do know the identity of this sitter.  She was teenager Catherine Hessling, who would someday marry Renoir’s second son Jean (1894-1979),  an award winning film director.