By Joan Hart on September 1, 2020 in Art Happenings 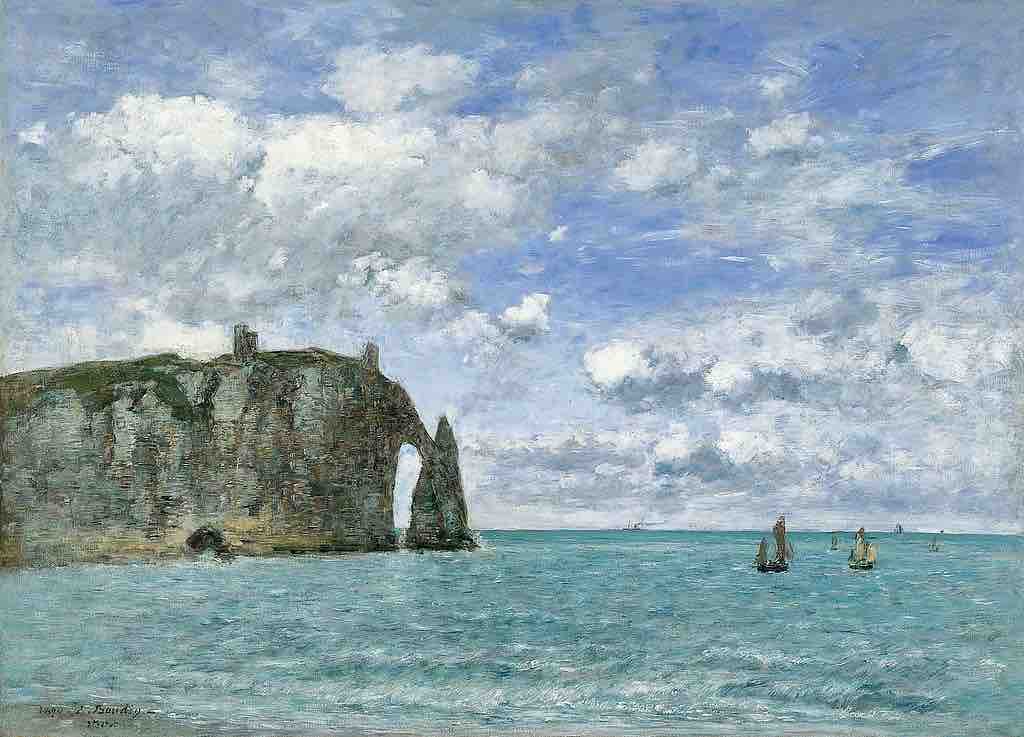 French artist Eugene Boudin (1824-1898) was a master of seascapes and his art was an inspiration for the young Claude Monet (1840-1926), who worked with the older painter in their native city Le Havre in Normandy.  Boudin also traveled to Venice and like so many painters through the centuries, captured in paint monumental landmarks such as Santa Maria della Salute below. 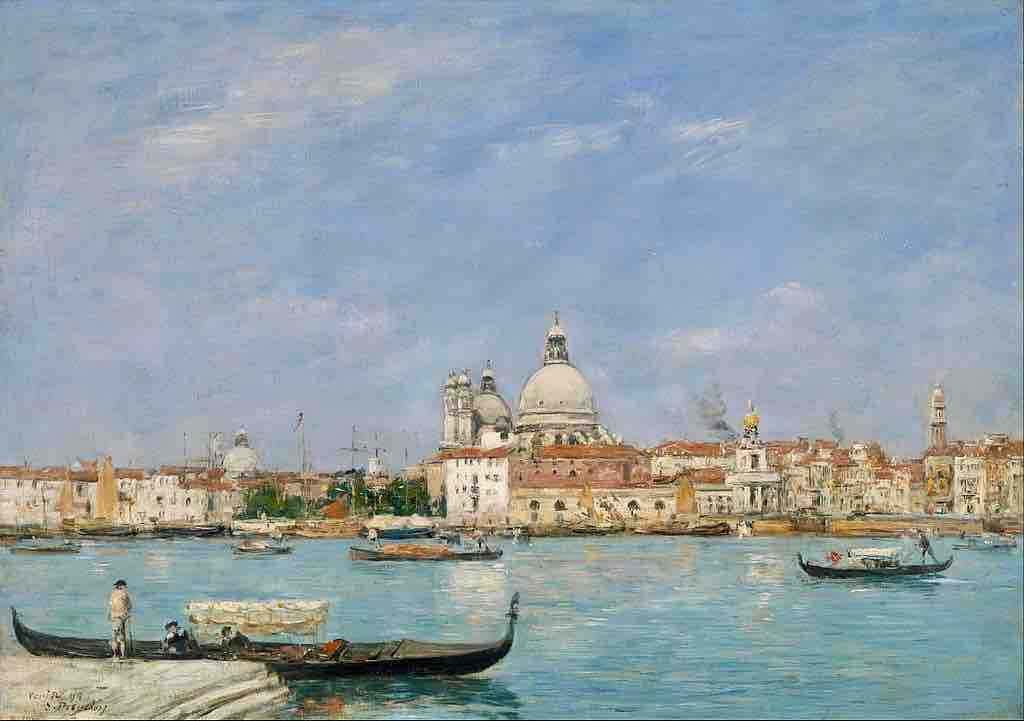 Click on the images to enlarge and enhance them.