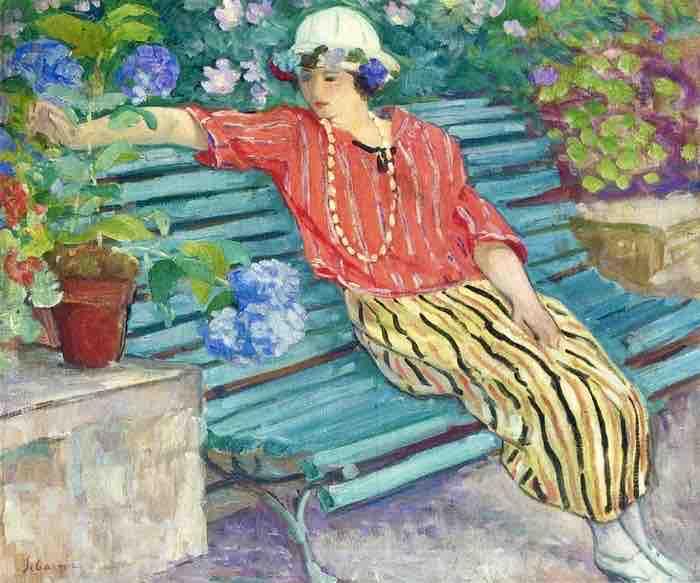 French artist Henri Lebasque (1865-1937) was a friend and colleague of Henri Matisse.  Today Matisse is ranked among the top 20th century artistic figures, often using rich colors and patterns in his works. Yet Lebasque, whose style and subject matter was similar, is still relatively unknown in comparison.