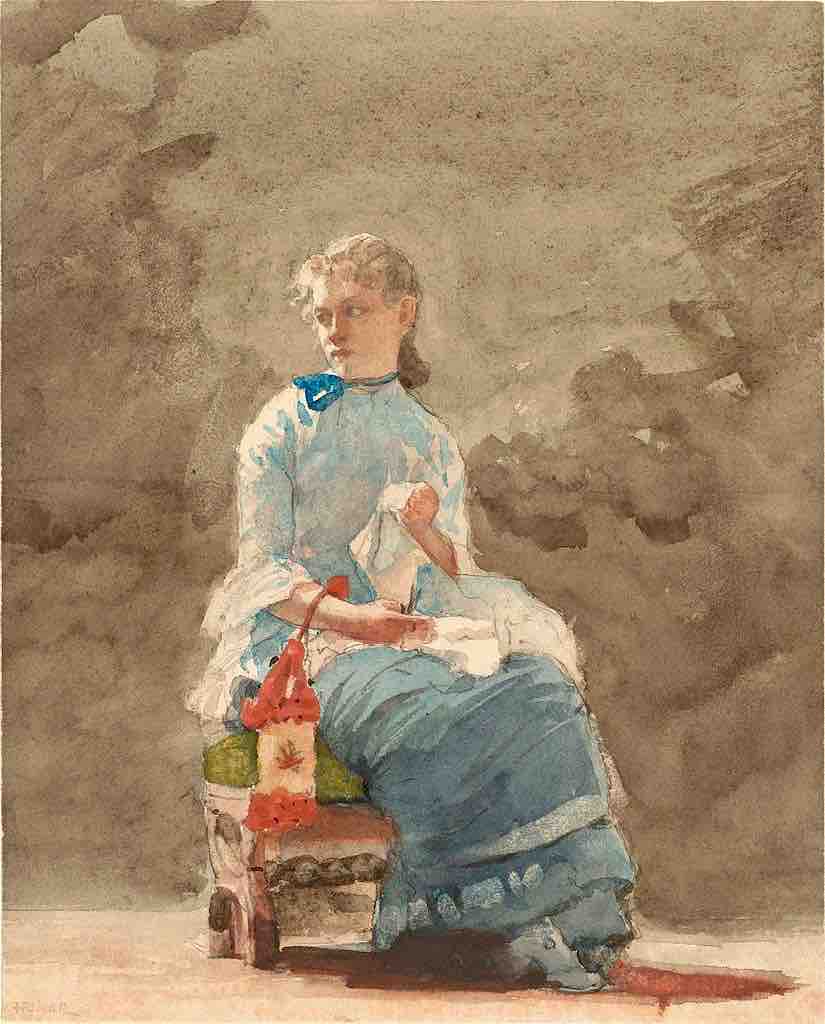 American master Winslow Homer (1836-1910) is best known for his powerful seascapes, especially in the later decades of his career.  However, several of his earlier works are of young women, often fashionably dressed, engaged in various activities such as sewing portrayed above.