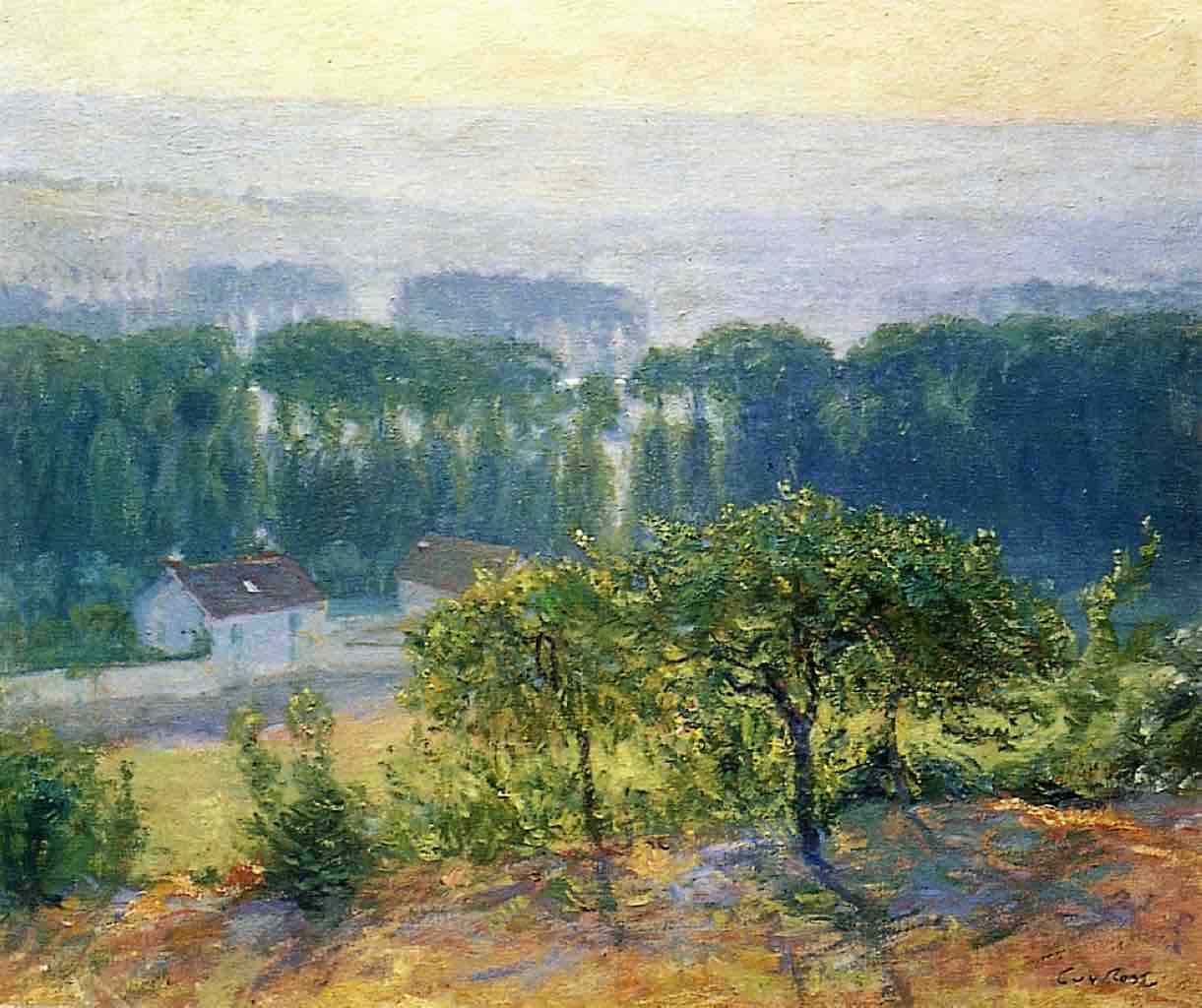 Impressionism has been historically an international movement, attracting artists from both Europe and the United States.  Californian Guy Rose (1867-1925) traveled to its birthplace, France, and the home of  Claude Monet where he created the magical Late Afternoon, Giverny.