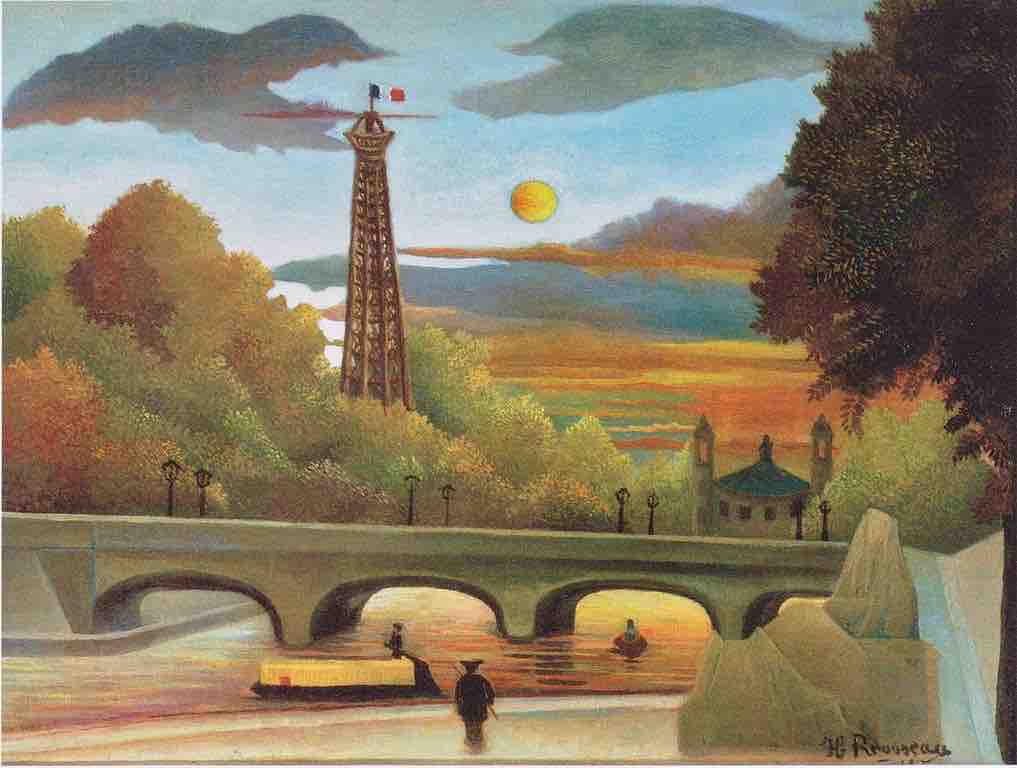 French master Henri Rousseau (1844-1910) is considered a Naive painter, basically a self-taught artist, whose magical works attracted Picasso and other modern art figures. The Eiffel Tower had only been constructed decades before and was an object of both fascination and derision. 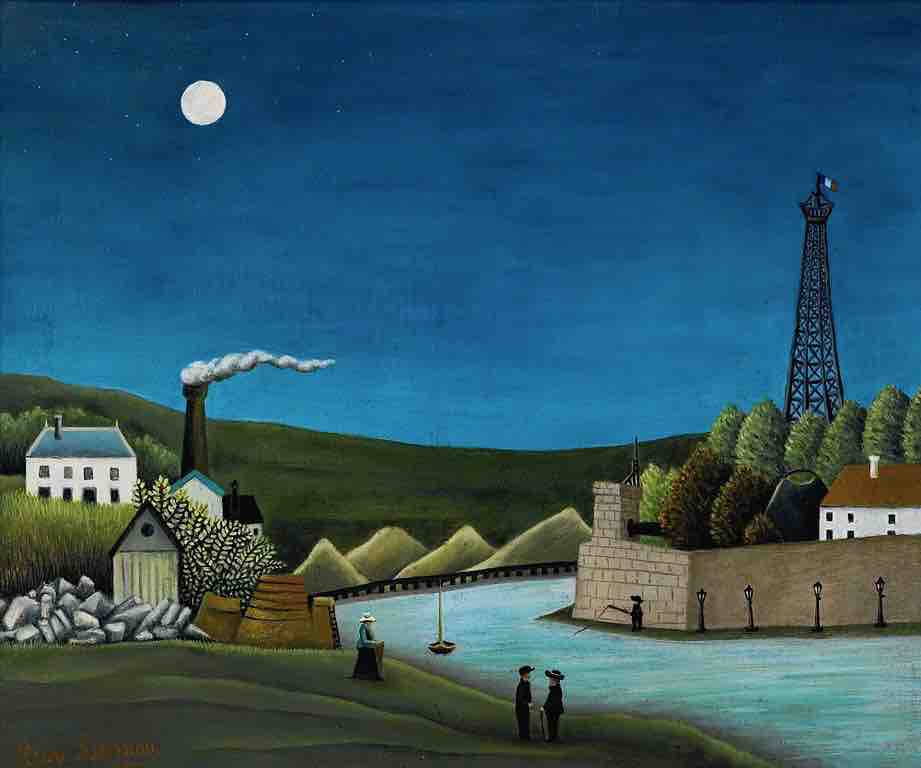 Henri Rousseau, The Seine at Suresnes, before 1911, oil, Private Collection