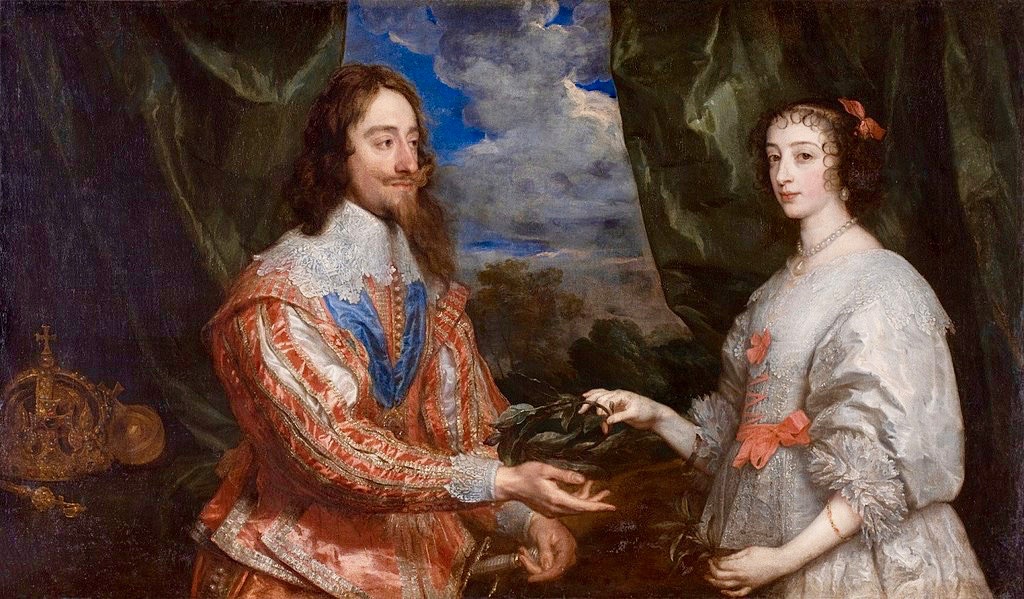 Flemish master Anthony van Dyck (1599-1641) was a prolific court portraitist, best known for his memorable depictions of the British royal family: from the doomed Charles I (who would later be deposed and executed) with his wife Queen Henrietta Maria to the couple’s children including the future monarchs Charles II (in the center with the family mastiff) as well as his brother James II (second figure on our left).

Van Dyck also portrayed himself several times, from a teenage prodigy to the mature and accomplished painter shown below. 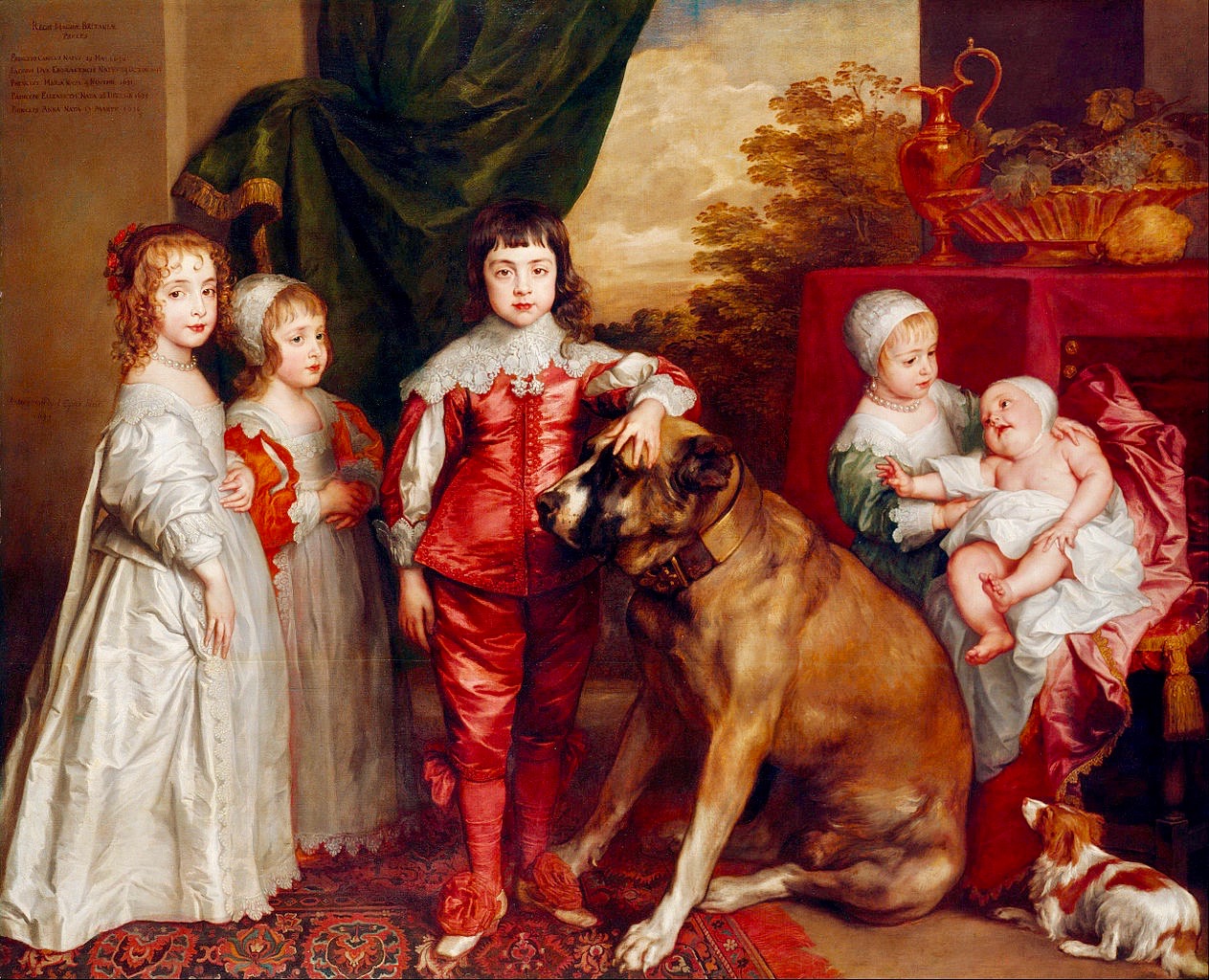 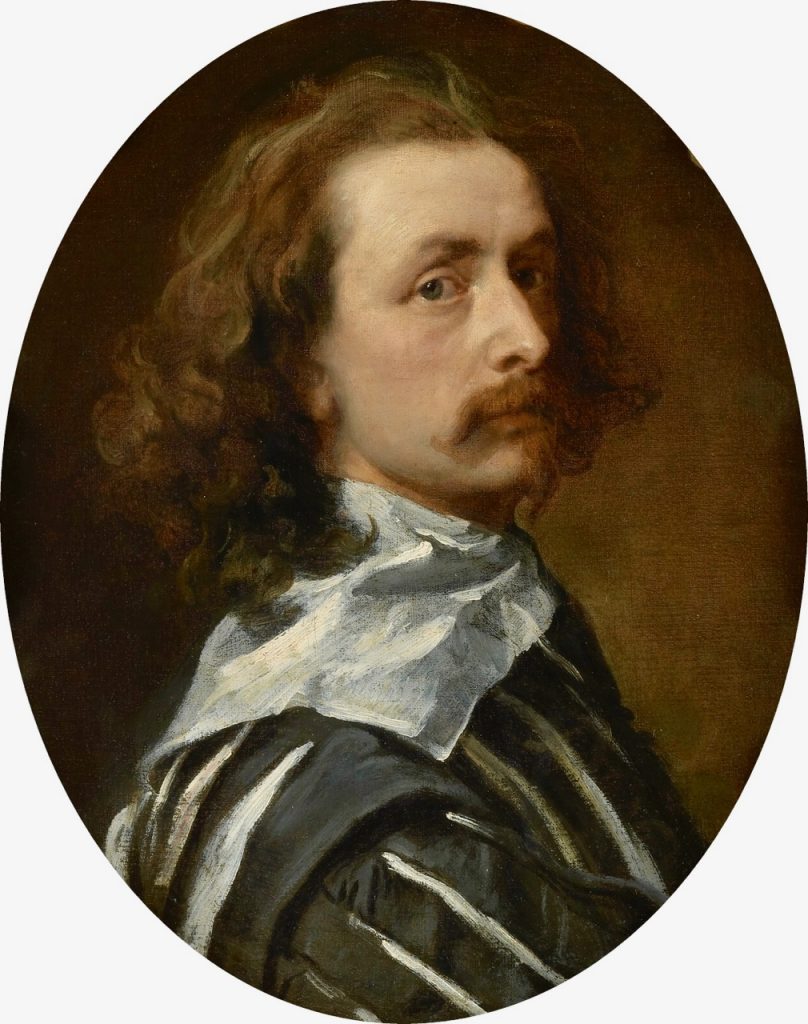