By Joan Hart on September 2, 2021 in Art Happenings 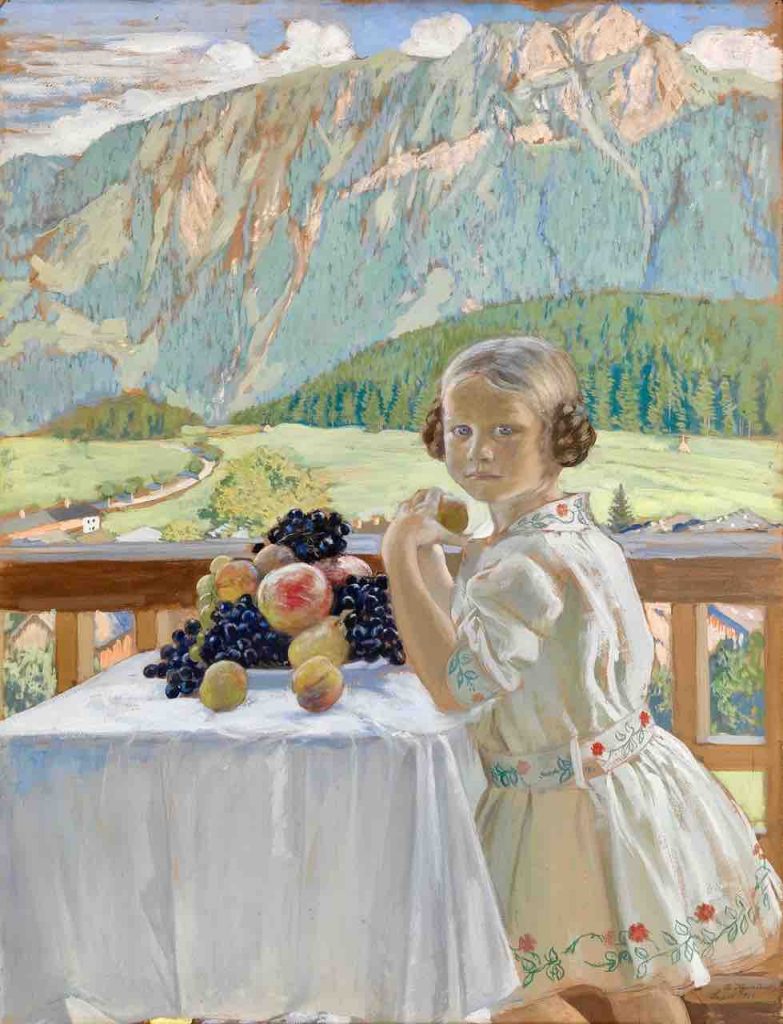 Russian artist Boris Kustodiev (1878-1927) considered daughter Irina his star model, painting her from infancy.  Here she poses on the porch of a Swiss clinic where her father was recovering from a serious illness. Kustodiev skillfully balances the petite figure of Irina, with the massive mountain range extending behind her.

Belgian Leon Frederic (1856-1940) was best known for his ambitious cycles on social and religious themes.  However, his depiction of three siblings concentrating on the chore of peeling potatoes (wearing vivid red dresses) can’t fail to touch any viewer. 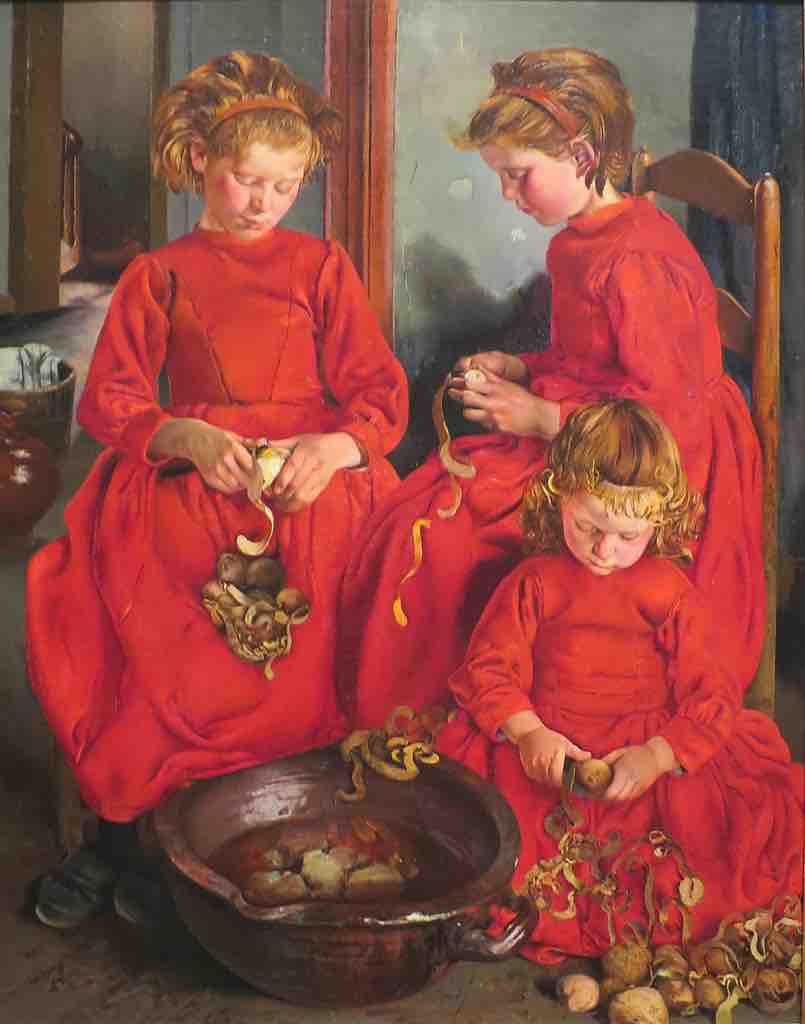