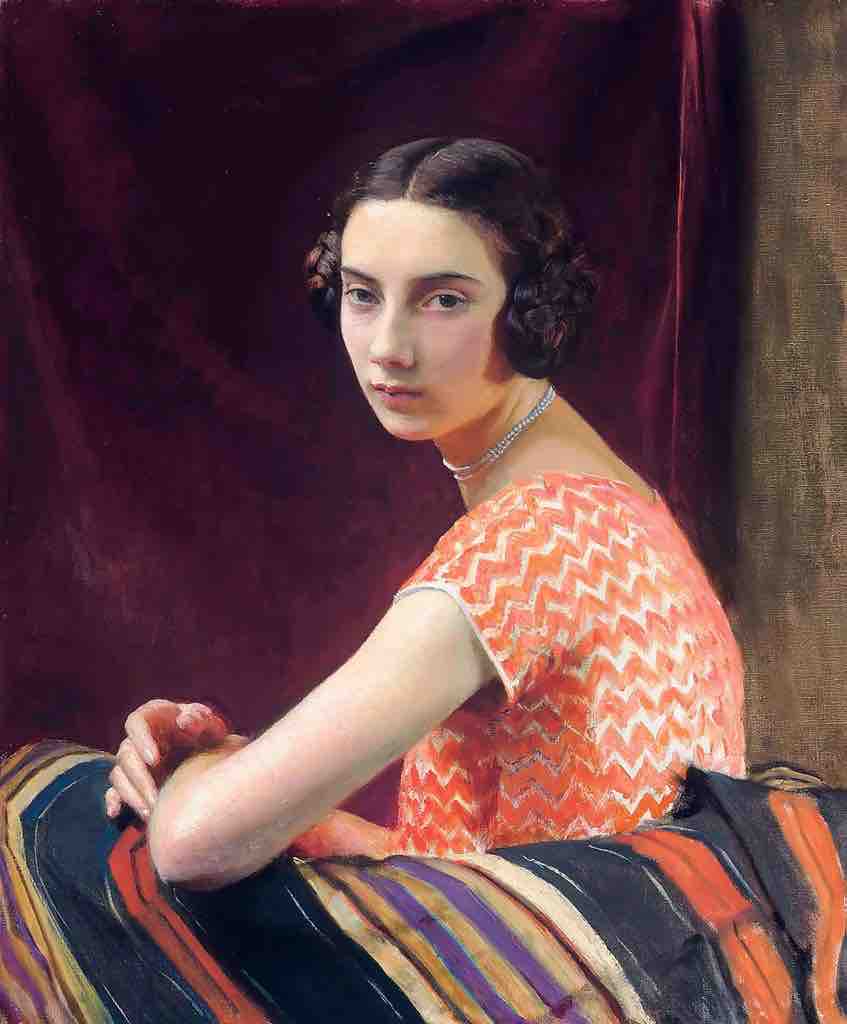 British artist George Spencer Watson (1869-1934) was an ingenious portraitist, creating riveting images of his subjects—from the almost super-realistic style of the unidentified sitter of The Orange Dress to the more expressive rendering of modern dancer Clotilda von Derp. 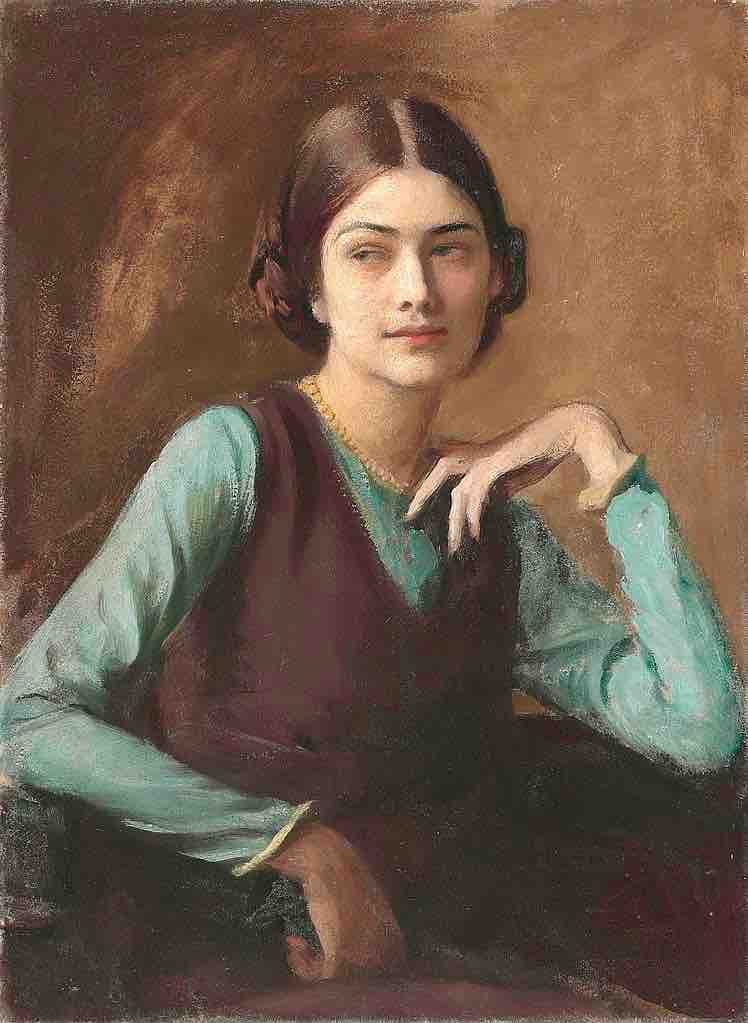