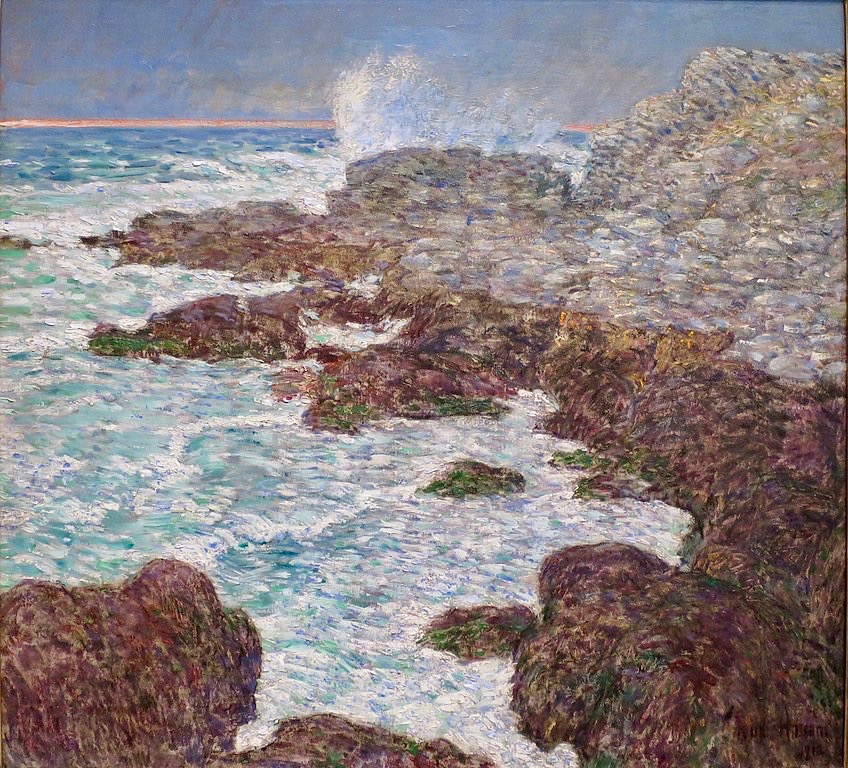 American Impressionist Childe Hassam traveled widely as an artist both in the United and Europe.  However, he often returned to his native New England, creating dynamic seascapes such as the work above done on the Isle of Shoals, just off the coast of New Hampshire.