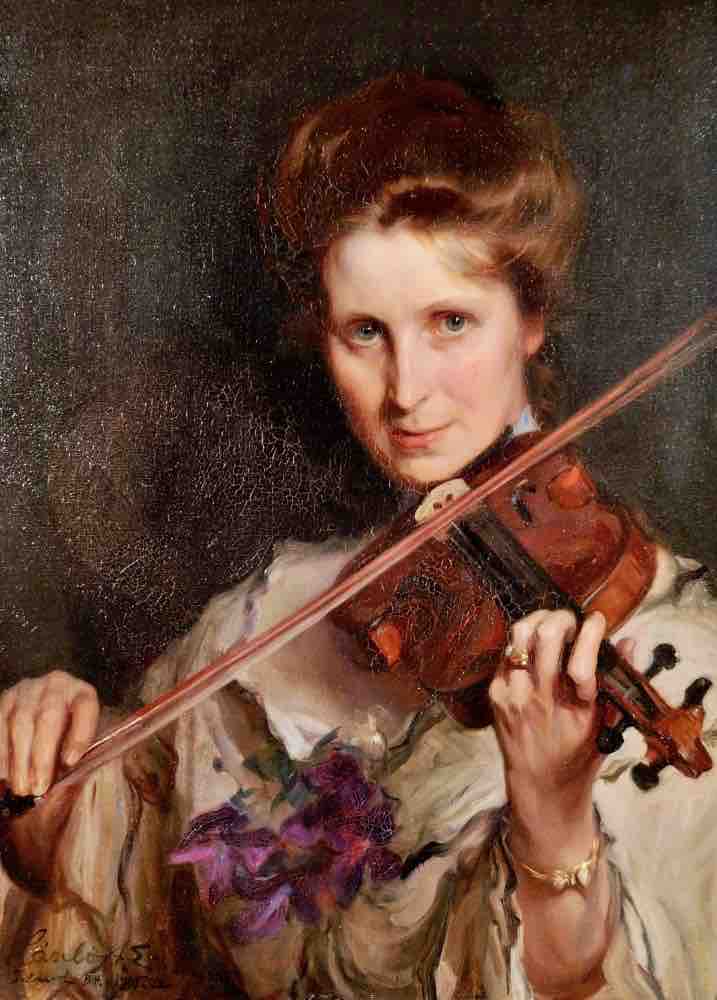 Anglo-Hungarian artist Philip de Laszlo (1869-1937) was a prominent portrait painter, counting among his subjects the young Princess Elizabeth of York, who would someday become Elizabeth II.  However, he also sometimes depicted his wife Lucy as seen above.